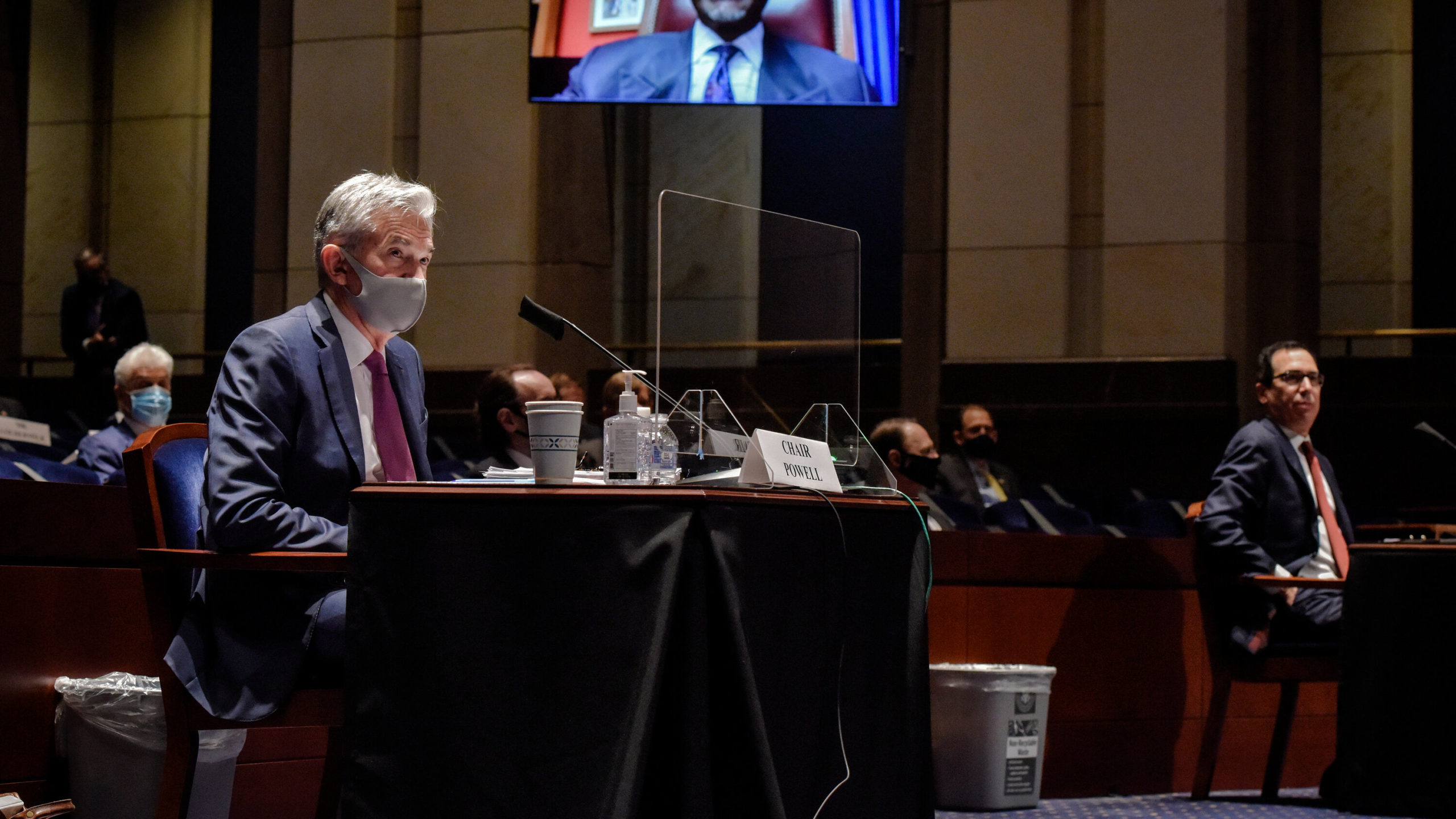 Our new consensus statement, like its predecessor, explains how we interpret the mandate Congress has given us, and describes the broad framework that we believe will best promote our maximum employment and price stability goals. Before addressing the key changes in our statement, let me highlight some areas of continuity. We continue to believe that specifying a numerical goal for employment is unwise because the maximum level of employment is not directly measurable and changes over time for reasons unrelated to monetary policy. With regard to the employment side of our mandate, our revised statement emphasizes that maximum employment is a broad-based and inclusive goal. This change reflects our appreciation for the benefits of a strong labor market, particularly for many in low and moderate income communities. In addition, our revised statement says that our policy decision will be informed by our assessments of the shortfalls of employment from its maximum level, rather than by deviations from its maximum level, as in our previous statement. Our statement emphasizes that our actions to achieve both sides of our dual mandate will be most effective if longer-term inflation expectations remain well anchored at 2 percent. However if inflation runs below 2 percent following economic downturns, but never moves above 2 percent even when the economy is strong, then over time, inflation will average less than 2 percent. Households and businesses will come to expect this result, meaning that inflation expectations would tend to move below our inflation goal and pull realized inflation down. To prevent this outcome and the adverse dynamics that could ensue, our new statement indicates that we will seek to achieve inflation that averages 2 percent over time.

Jerome H. Powell, the chair of the Federal Reserve, announced a major shift in how the central bank guides the economy, signaling it will no longer raise interest rates to keep the unemployment rate from falling too far and that it will allow inflation to run slightly higher in good times.

In emphasizing the importance of a strong labor market and aiming for moderately faster price gains, Mr. Powell and his colleagues laid the groundwork for years of low interest rates. That could translate into long periods of cheap mortgages and business loans that foster strong demand and solid job markets.

The Fed chief announced the change at the Kansas City Fed’s annual policy symposium, which is being held via webcast instead of in Jackson Hole, Wyo., where it has taken place since 1982. Mr. Powell used the widely visible forum to explain the results of the central bank’s first-ever review of its monetary policy strategy, which it has been working on for the past year and a half. In conjunction with his remarks, the Fed released an outline of its long-run policy strategy.

“Our revised statement emphasizes that maximum employment is a broad-based and inclusive goal,” Mr. Powell said in the remarks. “This change reflects our appreciation for the benefits of a strong labor market, particularly for many in low- and moderate-income communities.”

Mr. Powell’s speech could help define his tenure as chair, which began in early 2018 in the midst of the longest economic expansion on record and has run straight into the sharpest downturn since the Great Depression. The central bank is simultaneously facing a major short-run challenge — the coronavirus pandemic has shuttered businesses and cost millions of jobs — and daunting longer-run shifts in the United States and global economy. Interest rates and inflation have slipped lower across advanced economies, leaving policymakers with less room to reduce borrowing costs to coax growth following downturns.

Mr. Powell’s announcement codifies a critical shift in how the central bank tries to achieve its twin goals of maximum employment and stable inflation — one that could inform how the Fed sets monetary policy in the wake of the pandemic-induced recession.

The Fed had raised rates as joblessness fell to avoid economic overheating that might end in breakaway inflation. It took such an approach from 2015 to 2018, raising rates a total of 9 times as the jobless rate slipped steadily lower, trying to guard against price increases before they materialized. But higher inflation never showed up, and critics have asked whether the Fed slowed the economy without reason.

The Fed’s updated framework recognizes that too low inflation is now the problem, rather than too high.

Its revised statement says that its policies will be informed by “shortfalls” of employment from its maximum level, rather than by “deviations” — suggesting that the central bank is no longer planning to raise rates to cool off the labor market simply because unemployment has dipped to low levels.

“This change may appear subtle, but it reflects our view that a robust job market can be sustained without causing an outbreak of inflation,” Mr. Powell said.

The central bank is also formally shifting its inflation approach, aiming to average 2 percent inflation over time, rather than as an absolute goal. In doing so, the Fed is trying to convince the public and investors that it will allow prices to rise a little bit faster. If public inflation expectations slip, it can lock in slow price gains. Those feed directly into the level of interest rates, and leave the central bank with even less room to cut them during times of crisis.

“If inflation expectations fall below our 2 percent objective, interest rates would decline in tandem,” Mr. Powell said. “In turn, we would have less scope to cut interest rates to boost employment during an economic downturn.”

Higher inflation may seem like an odd goal to anyone who buys milk or pays rent, but excessively weak price gains can actually have damaging effects on the economy. A circle of stagnation in which lower prices leave less room to cut rates has played out in countries including Japan.

“We are certainly mindful that higher prices for essential items, such as food, gasoline, and shelter, add to the burdens faced by many families, especially those struggling with lost jobs and incomes,” Mr. Powell said. “However, inflation that is persistently too low can pose serious risks to the economy.”

In a question-and-answer session after speech, Mr. Powell said the Fed was “talking about inflation moving moderately.”

If the Fed can achieve slightly higher price gains, it will translate into more room for future rate cuts — and buying that extra headroom is a crucial goal in 2020. Long-running economic changes, such as an aging population with different saving habits and weaker productivity gains, have weighed on the interest rate setting that neither stokes nor slows the economy. That has left the central bank with less recession-fighting wiggle room.

Still, Mr. Powell pointed out that it he and his colleagues “are not tying ourselves to a particular mathematical formula that defines the average.”

Some economists questioned whether the Fed will actually manage to achieve its higher inflation goal.

“The Fed is announcing this policy framework in part to push up inflation expectations,” said Seth Carpenter, a former Fed research official now at UBS. “In practice, however, getting above 2 percent is a long way off.”

Many of the changes the Fed announced Thursday formalize an approach it has edged toward over the past decade. The Fed was patient in beginning lifting interest rates following the recession from 2007 to 2009, even as unemployment fell.

When it did start to raise borrowing costs in late 2015, under Janet L. Yellen, it did so slowly. Even those gradual moves have seemed like they may have been overkill in hindsight. Price gains hovered below the Fed’s 2 percent target even as pre-pandemic unemployment held near a half-century low.

Under Mr. Powell’s leadership, the Fed has increasingly emphasized the benefits of that strong labor market, which pulled long-sidelined workers into jobs and helped to foster strong wage growth for those who earn the least. The update bookends that evolution toward greater patience and more tolerance — or even encouragement — of historically- low unemployment.

The long-run document promises that the central bank will continue to hold reviews, roughly every five years, and will continue to consult the public as it has done over the past year through its “Fed Listens” events. That could help it to deal with the challenges of very low interest rates as the economy moves forward, and it will keep the public in the loop about how the Fed is approaching its targets.

“Public faith in large institutions around the world is under pressure,” Mr. Powell said in a question-and-answer session following his speech. “Institutions like the Fed have to aggressively seek transparency and accountability to preserve our democratic legitimacy.”

The Fed also explicitly noted in its statement that financial stability ranks among its key goals. In recent decades, expansions have ended when asset price bubbles — like the mid-2000s housing boom — got out of control, rather than at the hands of too-high inflation.

“Sustainably achieving maximum employment and price stability depends on a stable financial system,” the Fed said in its statement. “Therefore, the committee’s policy decisions reflect its longer-run goals, its medium-term outlook, and its assessments of the balance of risks, including risks to the financial system that could impede the attainment of the committee’s goals.”

Mr. Powell’s remarks, and the central bank’s shift, are set against an unhappy backdrop.

The Fed has repeatedly emphasized that a strong job market and economy is an imperative goal, but that Congress will need to help achieve it.

“It is hard to overstate the benefits of sustaining a strong labor market, a key national goal that will require a range of policies in addition to supportive monetary policy,” Mr. Powell said.

He added that there was a strong economy under the surface of the ongoing weakness.

“We will get through this period, maybe with some starts and stops,” he said. Still, “we’re looking at a long tail” as people who work in industries heavily impacted, like travel and service, struggle to find new work in a process that could take years.

“We need to support them,” Mr. Powell said.