TikTok sale to Microsoft or Oracle could arrive within 48 hours: report 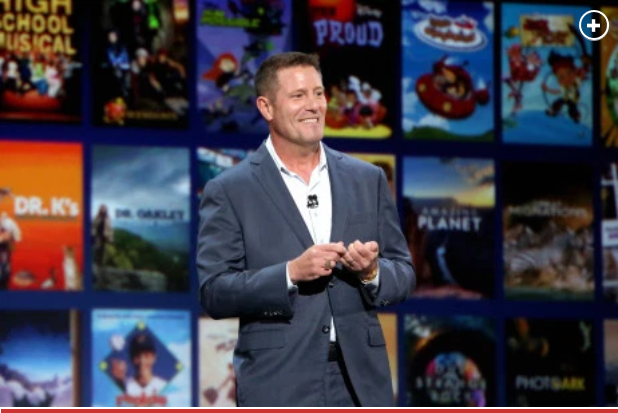 TikTok CEO Kevin Mayer’s sudden resignation after just 100 days on the job signals a sale of the controversial social media app is imminent, according to a new report.

Mayer, who only joined TiKTok from Disney in May, decided to leave the popular social media app after it became clear that he would likely not be running his own large company, but rather a division within a tech behemoth, according to CNBC.

TiKTok has been in talks to sell itself to Microsoft or Oracle to escape President Trump’s repeated threats to ban the app in the US amid concerns about the company’s ties to China. But Mayer was “excluded” from those negotiations, CNBC said.

Talks with Microsoft were led instead by Zhang Yiming, the CEO of TikTok’s Beijing-based parent company, ByteDance, who had a pre-existing relationship with Microsoft. TikTok’s talks with Oracle were led by General Atlantic CEO Bill Ford, with Yiming only participating on those calls, CNBC said.

A deal could be reached within 48 hours, CNBC said.

Mayer was brought on to much applause in May amid criticisms from Trump and other lawmakers, including Senate Majority Leader Chuck Schumer (D-NY), that the app could share users’ personal information with the Chinese government.

And in a letter to employees, Mayer cited a “sharply changed” political environment as the reason for his decision.

“I have done significant reflection on what the corporate structural changes will require, and what it means for the global role I signed up for,” he wrote in a letter to employees. “Against this backdrop, and as we expect to reach a resolution very soon, it is with a heavy heart that I wanted to let you all know that I have decided to leave the company.”

Mayer’s letter arrived in the early hours of Thursday, Aug. 27, a date that in recent months has gained a special importance on a subsection of the popular video app.

Referencing August 27 has become a widespread inside joke on TikTok, with different users ascribing different meanings to the date, according to the New York Times’ Taylor Lorenz. While some who participated in the movement thought it could be related to astrology, others looked at it as an opportunity to gin up engagement on their posts.

Though Mayer resigned due to TikTok’s recent high-profile clashes with the Trump administration and the app’s looming sale, the fascination of TikTok users with the late August date has been a part of the subculture since well before Trump said he wanted to ban it.

Shares of Microsoft were up 2.7 percent Thursday morning following the news, while Oracle stock was down 1.3 percent.

Earthquake Kills At Least 14 in Western Turkey and Greece
A powerful earthquake shook the Aegean Sea, hitting coastal cities in western Turkey and nearby Greek islands and leaving at ...
Eurozone Economy Soars but France and Germany's Lockdowns Cast Covid-19 Shadow
The eurozone economy grew at a record pace in the third quarter, but has already stalled in the face of ...
Mexican Economy Rebounded in Third Quarter
The recovery in industry was helped by external demand for Mexican-made goods.
Taiwan Shrugs Off Pandemic to Deliver Surprise Growth
Successful Covid-19 controls are helping factories feed surging demand for exports in third quarter, while consumers are starting to spend ...
Halloween in Japan Is Spooktacular, but Now the Zombies Keep Their Distance
The year 2020 wouldn’t be complete without some rampaging zombies. But don’t worry, the blood-soaked creatures wreaking havoc in Japan ...
Pompeo Ends China-Knocking Tour of Asia With Stop in Vietnam
U.S. Secretary of State Mike Pompeo ended an Asian tour focused on criticism of Beijing with a last-minute stop in ...

Banks gear up for era of negative rates: Bosses tell Bank of England they would be ready ‘in weeks’ – and plan to levy fees on their biggest clients 128