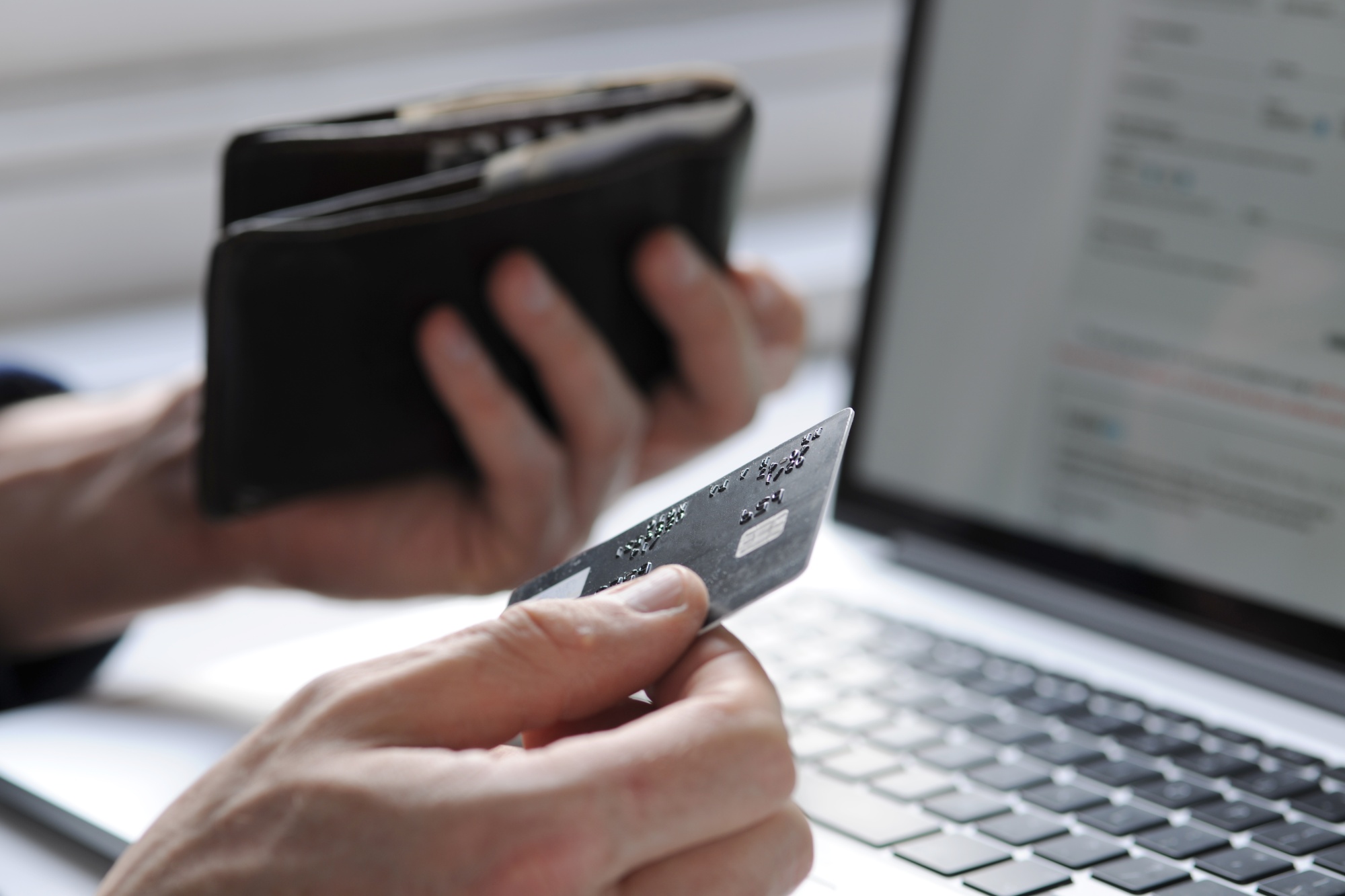 The pandemic helped push e-commerce retail sales above $210 billion in the second quarter of 2020, an increase of over 30% from the previous quarter, according to Commerce Department data. Millions of shoppers are clearly comfortable buying stuff online. Still, only about half of U.S.-based small businesses have websites, according to one estimate. Even fewer establishments actually sell their products online.

Expanding into e-commerce might seem daunting at first but is easier than it used to be. And it could help offset physical store sales declines due to the pandemic. That’s the message from brick-and-mortar businesses that have already made the leap and from e-commerce software providers. Here’s what to consider before you start selling online.

When musicians Abigail Chapin and her sister Lily took over their mother’s decades-old clothing store in 2018, the business had no e-commerce. “It’s not really in either of our wheelhouses to do e-com, but we realized we had to if we wanted to survive,” says Chapin. They used e-commerce software maker Shopify to build an online shop that expanded their reach beyond the physical store, Abigail Rose and Lily Too, in Piermont, N.Y.

When the pandemic hit and they had to temporarily close, the Chapins were in better shape than most. Online sales reached about 70 percent of their previous year’s physical store sales. Chapin, who is moving the store to a larger location in nearby Nyack, N.Y., expects online sales will account for 30 to 40 percent of their future revenue. She encourages fellow proprietors to move online: “Beyond a platform like Shopify, basically what you really need is an iPhone to take photos and you can do it all,” she says. “It’s easy for someone who has any rudimentary computer skills.”

Ask yourself: What will distinguish your online offerings from your competitors’ offerings? You’ll be building an online community, and you will want to make the customer experience as pleasant as possible, says Luigi Boccia, co-owner and operations manager of yarn seller Brooklyn Tweed in Portland, Oregon. “The pandemic shouldn’t be an excuse for poor service,” he says. “Be creative.” Be willing, for an example, to chat online with a customer the way you would in your store.  Also, familiarize yourself with how e-commerce companies you admire operate, Boccia says. Ask for their advice.

About 40 percent of Brooklyn Tweed’s sales are from its site and the rest are from selling wholesale to the roughly 100 independent stores that stock its yarns. All have websites today, even though very few did a decade ago, says Boccia. “A good chunk of them have switched to online-only sales as a result of the pandemic,” he says.

You could set up a site yourself using a platform like Shopify, Squarespace, Wix, or WooCommerce, or hire a developer to build you one. “These platforms are intuitive and require almost no technical skills,” says Laura Behrens Wu, the co-founder and CEO of Shippo, a shipping software company in San Francisco that serves about 40,000 businesses, from mattress sellers to gym equipment distributors.

PSome platforms can handle pretty much everything you need to do e-commerce, including payment processing, shipping labels, and sales tax collection. Integrating software wyou already use—for example, QuickBooks—also is possible.

Adding an online store to an existing website is easy. There also are platforms that specialize in industries; Barn2Door, for example, is aimed at farmers, fishers, foragers, and ranchers.

Given the ease and cost-effectiveness of building a site today, you need to make sure it “draws the customer in and makes a personal connection,” says Boccia. It’s not enough to simply have a good product. “I always say to my people, judge a website by its ‘about’ page.” Be sure to showcase your team and what sets them apart, describe the values and mission of your business, and share the story of how and why this business exists, Boccia says. “That’s really where you get me as a customer.”

When people buy things online, they’re demanding, says Behrens Wu. “Amazon Prime has taught all consumers that they should expect free and fast shipping.” Customers will want to know what your shipping and return policy is before they commit. Be as generous as you can be while making the numbers work, Boccia advises.

If you’re only shipping 10 packages a day, carriers aren’t going to give you the same volume discount a giant like Amazon gets, says Behrens Wu. Her business, Shippo, and others offer discounted rates because they can aggregate shipments. Their software can also compare shipping rates, estimate transit times, and warn of delays, among other tasks.

More than 90 percent of Shippo’s small business clients use the United States Postal Service because it’s the most affordable for them, says Behrens Wu. Also, FedEx, United Parce Service, and other private shippers rely on the USPS for some of their last-mile deliveries—so the USPS delays are a bigger problem than some think. “If the USPS raises prices or if the quality of the service keeps going down, small and midsize businesses would suffer the most,” she says.

FedEx and UPS are planning to raise prices to boost profit and help manage an avalanche of residential deliveries spurred by the pandemic, Bloomberg News reported. The United States Postal Service is  planning an increase, too.

Starting around the end of June, the USPS had a significant decline in service, deeper than what was experienced at the start of the pandemic, according to internal Postal Service data, Bloomberg News reported. The delays and changes made by Postmaster General Louis DeJoy have become a presidential election issue. The backstory is the post office, which gets no tax dollars and has to deliver to every residential and business address in the nation, has been under attack for decades.

One way to deal with the changes is to use shipping software to compare rates and get a sense of delays. Another way is to join advocacy groups to support the USPS.

Be sure to inform existing customers that you are adding an online shop. Put signs in your window, send email blasts, and  post on Instagram and other social media platforms. “Endorsements from people who have been in your field a long time matter,” says Boccia. Find online communities that care about what you do and join them to learn from them and cultivate future evangelists for your product, Boccia suggests. If you don’t already have one, create a newsletter that is welcoming to all.

Many will find your site by chance, says Chapin. “A lot of our online sales come from people searching for a specific brand and then finding our store through that and then seeing what else we’ve curated and putting in an order,” she says.

Reach prospective new customers by selling on marketplaces like EBay, Etsy, Goldbelly, and Garmentory. Most people won’t know to type in the name of your website, but if you’re selling something that’s appealing on a marketplace, they might find you that way, says Behrens Wu. Many e-commerce merchants sell through multiple channels.

While you’re researching marketplaces, educate yourself about Amazon. Hundreds of thousands of small businesses rely on the colossus to sell online, but it’s attracting criticism for increasing fees on independent sellers. “Amazon’s Monopoly Tollbooth,” a July report by the Institute for Local Self-Reliance, says Amazon keeps an average of 30 percent of each sale made by independent sellers on its site, up from 19 percent five years ago. “Amazon’s high fees make it nearly impossible for sellers to sustain a profitable business. Most fail,” the report says.

Amazon also plans to make it harder for merchants to ship products themselves, meaning they’ll be more likely to pay the company to handle the task, Bloomberg News reported earlier this month.