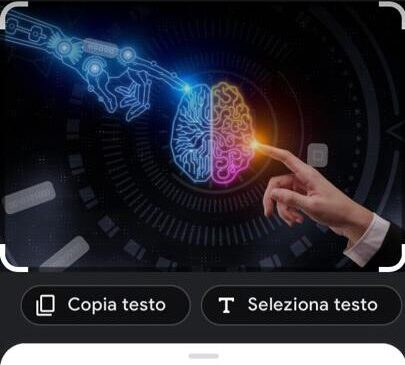 In this article, we will examine one by one the points that do not yet enable studies and developments on artificial intelligence in the People’s Republic of China to rise to 100% of the international advanced level.

I) Economic benefits come first: lack of vision
Many AI companies and some local governments lack vision and pursue short-term economic benefits, hoping to achieve clear economic returns within one-two or two-three years. This results in a large number of AI start-ups eager for quick success, albeit with lack of confidence and weak development.
Economic benefits must be pursued, but high-tech sectors or the sectors that use AI technology to promote the transformation and upgrading of other sectors and their development, should follow specific laws, as well as require a constitutive process and a certain level of success, and not a premature search for immediate profits.

II) The general level of artificial intelligence must be improved as a matter of urgency
Despite the late start of national AI and the lack of participation in the development of corresponding international AI technologies, patents and standards, in China many scientific research institutes and enterprises are participating in research and technology development and, in some areas, are basically at the same level or even leading compared to foreign countries. However, the overall capacity and level of AI in China are far from the international level and there is still a significant gap between the general level of basic AI research and the advanced level. There is still a long way to go in order to reach this level as a whole and it will take time.

III) The national decision-making process still needs to be put in place
Although China has announced a number of development plans related to artificial intelligence, such as the Intelligent Manufacturing 2025, the Robot Industry Development Plan (2016-2020) and the Three-Year Plan for implementing the Action for Artificial Intelligence on the Internet, etc., no national strategy for the global development of AI has been developed yet. The above-mentioned programme plans must also turn policy plans into targeted actions and into visible benefits.

IV) State financial support must be further improved.
As mentioned in previous articles, China has supported AI research and related science and technology projects in many national scientific research and technology development plans, and support is increasing. However, compared to AI on the Internet, as well as intelligent manufacturing and other projects, in response to the investment of some developed countries in Europe and the United States of America, China’s financial support for AI scientific research and industrial development is far from sufficient.
Moreover, compared to other projects, AI needs to analyse more problems, and involve a wider range of players – hence everything becomes harder and requires greater national support.

V) The allocation of funds for scientific research is not sufficiently fair and equitable
From time to time the allocation of funds for scientific research has long been controversial. Firstly, the limited funds have not been used for the most important and urgent projects, but have been evenly distributed – thus resulting “too equal” – between some projects that did not urgently need funds and those that, on the contrary, needed key support. Secondly, some members of the “expert group” allocating funds to projects use their power for personal gain, and sometimes even collude with each other to induce certain funding. For a while, this had become an unwritten rule. Thirdly, the evaluation and use of funds for scientific research lack effective supervision, and these problems also exist in the field of AI.VI) Citizens are concerned about the AI development
Since AI has been conceived as a component of the civil society, its social impact has attracted widespread attention among people. Some people are concerned about the emergence and development of AI (software) and intelligent robots (hardware supported by said software), fearing that AI and intelligent machines will one day threaten the survival and development of human beings. The greatest scientist who referred to this danger was Stephen Hawking (1942-2018). As one of the world’s most influential physicists, he was concerned that the use of AI technology to create machines that could think independently would eventually threaten the survival of humanity. Hawking stated: “The full development of artificial intelligence may lead to the extinction of human beings”. The echo of his views has been grasped by many citizens, scientists and technicians. There is obviously another viewpoint of society: it is believed that although AI has made great progress after sixty years of development, the general level of AI in the near future will never be such as to surpass human intelligence. We add, however, that since progress is constant on a geometric scale, there will always be a point of no return. The question is the following: will we be able to control, but mainly to define this point of no return and block it at “-x from”?
Nevertheless, some people – in our opinion, in a reckless and senseless manner – argue that we must instead attach great importance to the impact of AI itself on human society, and not waste time on researching and formulating countermeasures – the “-x from” – to quell public concerns and ensure human security.

VII) A race can lead to wild competition
Some historians and scientists believe that there is a sort of traditional culture in Chinese society, i.e. a phenomenon that flourishes everywhere and expresses in the same way in many parts of the country. They add that these expressions are elaborate, refined and sophisticated, but they cannot guarantee the quality of the product, thus causing a huge waste of resources and manpower, and ultimately bring neither economic nor social benefits. This was the case in the past for large-scale steel production – the failure of the Great Leap Forward of 1958-1961 – as well as for large-scale jet aircraft technology and thyristor devices (the Silicon Controlled Rectifier, which is a component that, from an electrical viewpoint, is almost equivalent to the diode, with the only difference that direct conduction occurs only after applying an appropriate trigger signal on a third terminal called gate), and in the current automotive production, industrial robot parks and drone development. At present, there is not only overcapacity in the automotive sector, but most of the companies in the robotics industrial park are facing a difficult situation of wild competition and risk being wiped out in the near future.
China’s AI and its industry have currently attracted unprecedented attention from the government and all walks of society. Fortunately, the phenomenon of the AI industry popping up and flourishing everywhere without any criteria has not occurred. The threshold for the technological starting point of the AI industry is relatively high and the difficulty and risk of starting and developing a business are equally high. There may be fewer entrepreneurs with courage and strength than robot entrepreneurs, and hopefully the robot industry park will repeat the proliferation phenomenon.

VIII) Blind optimism and arrogance are detrimental to development
Many perceptive people believe that there is a big gap between the current national AI basic research, application development and international advanced level. Some national AI researchers and developers, however, overestimate their achievements, believing that national AI has surpassed the international advanced level in many respects.
In view of assessing whether a discipline has reached or surpassed the international advanced level, not only must unbiased and equal international standards be generally recognised, but also a set of convincing results. We will not specifically discuss the issue in this article, but we would like to describe the level of AI development in China from the status of the Turing Award, the highest scientific and technological award in the international computing and IT sector.
Since 1966 the US Association for Computing Machinery (ACM) has organised 55 editions of the Turing Award, with a total of 75 winners, considering that in some editions there were more than one winner.
Winners include the Chinese-American computer scientist from Shanghai, Yao Qizhi, who won the award in 2000, with the Theory of Computation, including pseudo-random number generation, cryptography and communication complexity.
China won the international supercomputer speed championship several times. This is a result which is worth celebrating, but all this is not enough to prove that China’s AI technology has reached the international advanced level. Although the AI development of many national corporate giants has made quick progress and their achievements are rewarding, China has not yet reached the level of international leadership.
Large international companies and developed countries in Europe, America and Japan have invested heavily in their efforts to reach a dominant position in such global competition. The secret lies in not being blindly optimistic and never overestimate one’s own achievements.

IX) There is a tendency to replace research on artificial intelligence with philosophical research
Artificial intelligence, though not belonging to the humanities branch, has philosophical questions to put on the table. Some scholars carry out research ranging from AI to philosophy of information or other philosophical perspectives, which are necessary and worthy of support. For a long time, however, there has been a tendency in China to replace AI research with philosophical research, as well as to exaggerate the role of philosophical issues over AI technical aspects, and even try to dominate AI disciplines with philosophy.
There is a need, instead, for down-to-earth research on the main AI issues. Prof. Wu Wenjun (1919-2017), a mathematician and academic known for his contributions in the areas of differential geometry, topology and computational geometry, once seriously warned: “Our real intention is never to argue with words, and to talk with letters. What we should do is work hard and do it skilfully. Taking advantage of the great opportunity opened up by the advent of the computer era, we should take the lead in promoting the mechanisation of mental work in the world and show our ideas to the planet with concrete results”.

In the process of developing and implementing AI technology, we need to be pragmatic and orderly. AI education intensifies the driving force for devel [...]
Read More
29 Settembre 2022 12:59 Giancarlo Elia Valori 24
Main Partner

China's Service Sector Slows in Latest Economic Warning Sign
Chinese economic activity remained feeble, with the services sector slipping into contraction, offering fresh evidence of the damage that Beijing’s ...
Russia Announces Annexation of Four Regions of Ukraine
Russian President Vladimir Putin announced plans to formally annex swaths of Ukrainian territory into the Russian Federation, signaling a sharp ...
Nord Stream Pipeline Releasing Large Amounts of Greenhouse Gas
The Danish Energy Agency said that 778 million cubic meters of natural gas could escape from the leaks, according to ...
EU Approve Sweeping Energy-Market Intervention
European energy ministers approved the main tenets of the plan to counter Moscow’s efforts to deprive the continent of natural ...
Russian Attack Kills Dozens of Civilians in Ukraine Hours Before Planned Annexations
At least 25 civilians died in a strike in the Zaporizhzhia region, Ukrainian officials said, as Kyiv’s forces made military ...
Suicide Attack at Tutoring Center in Kabul Kills at Least 19
A suicide bomber detonated an explosion at an education center, killing at least 19 people, including many women, in the ...