The inequalities in the world 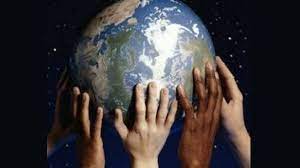 The poor countries for example: Africa are exploit for the material, but this population haven’t nothing to food, drink, because they haven’t drinking water, or food to feed up, and the rich countries not doing nothing to help this population, but only exploit their raw material to survive, but nobody think to this population, that are foeced to live in this way.