Tom Squitieri : “These people will determine if you have a good or bad 2017” 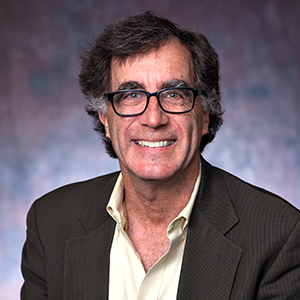 Tom Squitieri is an award-winner American journalist, pubic speaker and communications specialist. He covered the Pentagon and Congress and worked for USA TODAY.

After almost every recent presidential election in the United States, many citizens around the world would opine — often seriously — that they too should have a vote in the election. Their logic was somewhat sound. The rationale was that since the President of the United States had such influences and power throughout the world, their lives were affected by his actions and therefore they should have a vote.

An interesting idea for discussion perhaps, even though the chances of such a vote are nil. Yet is raises a more relevant question that does have merit: just who are those few individuals whose actions and decisions can affect the lives of many, whose power and influence transcend borders, nationalities, religions and historical customs?

Some of them are easy to spot: The leaders of Russia, China and the United States and Germany. Those who control the money that lubricates the world. Those who hold a special moment in time. Those whose vision for the future capture the world’s imagination and mode of operating.

True power is a combination of money and influence to help shape the world. Being one of the world’s most powerful and influences people requires several thing. One factor is how many peole are influenced by the action and decision of the individual. Another is the power of the person in multiple spheres. Another measure is the active use of their power to d what they want and get away with it.

Here are some of them:

The list is subjective, yet many will see why these individuals may set the agenda for 2017.

Vladimir Vladimirovich Putin, 64, is a Russian politician who is the current President of the Russian Federation, holding the office since 7 May 2012. He is the most powerful person in the world, intelligent, unchecked by those his nation, fearing little and crafty. No democratic or moral restrictions bind him.

Angela Dorothea Merkel, 62, is a German politician who is currently Chancellor of Germany. She is also the leader of the Christian Democratic Union. She will hold Europe together and, if supported, help solve the refugee crisis and counter Putin. She most likely will form a common European defense should America weaken its support of NATO.

Donald John Trump, 70, is an American businessman, former television personality, politician, and the 45th President of the United States. He is the president of the Untied Ststes and his first weeks of ruling have underscored what many see as a haphazard, slash and burn approach leading the world’s most powerful nation.

Xi Jinping, 63, is the current General Secretary of the Communist Party of China, President of the People’s Republic of China, and Chairman of the Central Military Commission. His plan to continue China’s slow strong economic growth and long-term capture of Asia is on course. Like Putin, he is unchecked by any western style niceties.

His words ring true to not only Catholics but many others and he is a moral check on Trump and others. The world economy is closer to teetering than many suspect and they will steady it.

Benjamin “Bibi” Netanyahu, 67, is the current Prime Minister of Israel. Netanyahu also currently serves as a member of the Knesset and Chairman of the Likud party. He is on the list quite simply because he can determine if the Middle East goes to war in a more widespread violent manner. With an ally in Trump, he has become stronger.

Pope Francis, 80, is the 266th and current Pope of the Roman Catholic Church, a title he holds ex officio as Bishop of Rome, and sovereign of Vatican City. He chose Francis as his papal name in honor of Saint Francis of Assisi. His words ring true to not only Catholics but many others and he is a mrla check on Trump and others.

Janet Louise Yellen, 70 is an American economist. She is the Chair of the Board of Governors of the Federal Reserve System, previously serving as Vice Chair from 2010 to 2014; Christine Madeleine Odette Lagarde, 61 is a French lawyer and politician who has been the Managing Director of the International Monetary Fund since 5 July 2011. They are smart, determined, and see the whole board. The world economy is closer to teetering than many suspect and they wil steady it.

Charles G. Koch and David H. Koch control Koch Industries, the second-largest privately owned company in the United States. They are founders and activists in several conservative and libertarian political organizations.  They can lead the rescue of Republican and conservative politics in the United States and slow what they see as the Trump carnage.

Warren Edward Buffett, 86, is an American business magnate, investor and philanthropist. He is considered by some to be one of the most successful investors in the world.  He is never wrong; when people listen, much is better. And he gives money to great causes.

His reach extends into the economy of many nations.

George Soros, 86, is a Hungarian-American business magnate, investor, philanthropist, political activist, and author. He is chairman of Soros Fund Management. His money funds democraic movements around the world.

Stephen Allen Schwarzman, 69, is an American investor, private equity manager, and philanthropist. He is the chairman and CEO of the Blackstone Group, a global private equity firm he established in 1985. One of the quiet , brilliant investors with influence in many many countries.

Ma Yun, known professionally as Jack Ma, 52, is a Chinese business magnate who is the founder and executive chairman of Alibaba Group, a family of successful Internet-based businesses. He is representative of a handful of Chinese entrepreneurs who conduct a delicate dance with the Central government. His reach extends into the economy of man nations.

Mukesh Dhirubhai Ambani, 59, is an Indian business magnate who is the chairman, managing director and largest shareholder of Reliance Industries Limited, a Fortune Global 500 company and India’s second-most valuable business. He is representative of India’s new economic titans; diversifying the country’s economy to make it stronger against Chinese economic aggression.

His money makes positive differences in health, education and society around the world.

Elon Reeve Musk, 45, is a South African-born Canadian-American business magnate, investor, engineer, and inventor.  His creations and ideas inspire others in science, the challenge of solving old problems and the thrill of finding new paths to space and beyond.

As owner of The Washington Post, he can help reestablish American journalism as a force.  But for now, he is someone to watch.

Mark Elliot Zuckerberg, 32, is an American computer programmer and Internet entrepreneur. He is the chairman, chief executive officer, and co-founder of Facebook. Facebook changed the way much of the world communicates. It wil continue to do so.

Julian Paul Assange, 45, is an Australian computer programmer, publisher and journalist. He is editor-in-chief of the organization WikiLeaks, which he founded in 2006. His impact remains uncertain but vivid and may flame out. But for now, he is someone to atch.

Jeff Bezos, 53, is an American technology entrepreneur, and investor. He is the founder, chairman, and chief executive officer of Amazon. com, which became the world’s largest online shopping retailer. One of the world’s top inventors. nd as owner of Th Washington Post, he can help reestablish American journalism as a force.

Joseph Kabila Kabange, 45, is a Congolese politician who has been President of the Democratic Republic of the Congo since January 2001. His role is off the majr news but key; he is giving up his post as president in a free vote. If he can do it, others in Africa wil also be forced toward more democracy. That wul dbe a major shift.

Narendra Damodardas Modi, 66, is the 14th and current Prime Minister of India, in office since 26 May 2014.  He has slowly led Idian to shake off it stagnation and move toward a leadership role in Asia and beyond for the world’s largest democracy. Again, India is a key to the balance in Asia. In democracy’s macro fight against evil, he is smart, visionary and determined.

Many are also in the same age group — 60s through 70s.  The exceptions are logical; the Futurists who keep inventing breakthrough idea, technologies or social ways of life are younger

Many of these individuals are interlocking pieces. Putin’s moves, of course, affect China, Germany and the United States. India is the chess piece in Asia to check China. Those who control international finances have strings for much of the world.

Many are also in the same age group — 60s through 70s. The exception are logical; the Futurists who keep inventing breakthrough idea, technologies or social ways of life.

The year 2017 is already in flux. Predictions are gambles with little merit. These individuals will determine if this is a breakthrough year of progress or one where the flames of sorrow burn fiercely.