Tom Squitieri : In a Trump world, McCain is poised for comeback 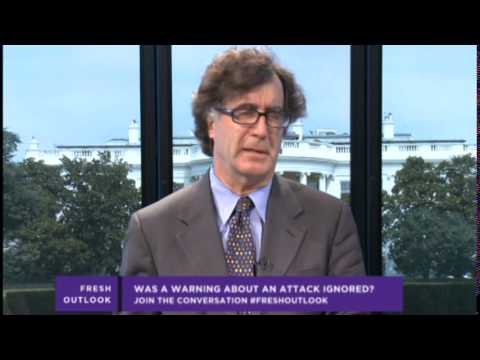 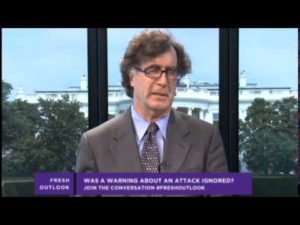 Tom Squitieri is an American journalist, public speaker, and public relations specialist. , he was Reporter for Pentagon and USA TODAY

Few, if any, have compared Sen. John McCain (R-Ariz.) to Frank Sinatra. Now is the time to do so.

McCain, who in November won a tough reelection to grasp his sixth term as a U.S. senator, finds himself at a moment in political history where the quiet, somewhat downward arc of his recent career now is being introduced to a new opportunity.

It is for McCain the moment to change what seemed to be a course toward a last hurrah into the next hurrah.

And he can look to Frank Sinatra as a template.

In 1952, Sinatra was considered done and washed up. The crazed, immense, historical popularity of his singing had faded, the times were changing and Americans had moved on. As talent agent Irving “Swifty” Lazar reportedly declared: “He’s a dead man. Even Jesus couldn’t get resurrected in this town,” referring to Hollywood.

Sinatra waited, and then opportunity presented itself. He pulled off a coup and won a key role in the movie “From Here to Eternity,” delivering a mesmerizing performance that brought him the Academy Award for best actor in a supporting role. He then signed a new contract at Capitol Records, where he and a brilliant young arranger named Nelson Riddle crafted a succession of timeless, groundbreaking recordings that would galvanize popular music in the 1950s.

In short, Sinatra brought off one of the greatest comebacks in show-business history. And he had done it all in Hollywood, described by biographer James Kaplan as “a ruthlessly Darwinian company town that reviles losers but has the sappiest of soft spots for a happy ending.”

Now McCain is in the same position as Sinatra was — and is poised for a similar comeback.

All thanks to Donald Trump.

Perhaps no Republican on Capitol Hill is in a better position to thwart Trump’s legislative and rhetorical bombast. McCain has taken punch after punch over the years and knows not only how to take one, but how to stand solid and throw a haymaker in return.

The non-war hero in Trump’s eyes is ready to teach the man who avoided service a few lessons about resilience and savvy.

The apparent hacking by the Russians has triggered the type of national scorn that McCain knows well how to mobilize. He did it in 2000, tapping into national pride, patriotism and promise — and drew support from voters across party lines. A relentless, thorough probe into the hacking, which he can muster, will offer McCain a template for his next six years — or at least the four that Trump is in the White House.

And he will have allies, some eager to let him take the blows and face the wrath of Trump, others ready with their own spears (think Republican Sens. Marco Rubio of Florida, Lindsey Graham of South Carolina and Rand Paul of Kentucky). And Washington is as unforgiving as Hollywood, but it also loves a good political comeback. There remain enough journalists who recall the McCain of 2000 and are ready to chronicle the showdown blow-by-blow.

If you have any doubt McCain can do it, just look at how he and his allies were the only ones able to keep Defense Secretary Donald Rumsfeld in check and press the George W. Bush administration on torture and other issues.

The acrimony between McCain and Trump is well-known, yet the dual trajectory has gone unnoticed.

They both ran for president in 2000, for starters. McCain, the reformer, surprised everyone with his popularity and his mandate from the Straight Talk Express. It was a side of him few had seen; a seemingly liberation and unleashing. Trump had other motivations that year in his pursuit of the Reform Party nomination. Both campaigns ended by spring 2000, McCain the victim in part due to shenanigans from the Bush campaign.

Both men would be back to run again and both me would win their party’s presidential nomination. Both would run against historical candidacies.

And now, both men share a November that brought election victories.

When the political season started, Trump was not given much chance to win the nomination after what appeared to be serious early stumbles, including mocking McCain for being a prisoner of war. Similarly, pundits considered McCain’s reelection bid a tough one, both in the GOP primary and the general election. He also was not given much of a chance.

Now Trump’s and McCain’s somewhat parallel paths of political destiny are going to intersect at a crossroads that may define what America stands for politically. This time, both will be in position neither expected 16 years ago.

It is a favorite device of sports enthusiasts to pit one great team or athlete from one era against another great team or athlete from a different time period in a fantasy showdown. Thus there is a creative film of Muhammad Ali boxing Rocky Marciano and computer-generated offerings of who wins between the Green Bay Packers of the 1960s and the Pittsburgh Steelers of the 1970s.

That is what brews in Washington today: A showdown between two heavyweights from different eras.

The 2000 McCain campaign was the champion of reform, individual rights and making government work for the people and the planet. He was the next generation of the Bull Moose candidacy of Teddy Roosevelt and, like Roosevelt, was denied the Republican nomination by the GOP establishment. Trump’s 2016 effort seized that sentiment, which had metastasized since 2000, and he beat the establishment.

In 2000, McCain would energize crowds by declaring how he would win the GOP nomination, then go up against Democrat Al Gore in the fall and “beat him like a drum.” The crowd knew the line was coming and roared its approval, as high-school band members pounded their drums in perfect harmony.

Get ready for the percussion to begin.