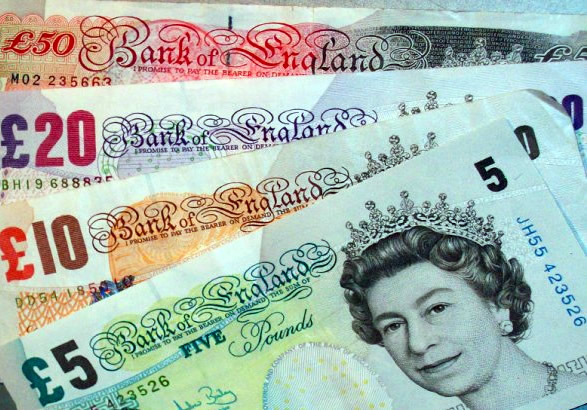 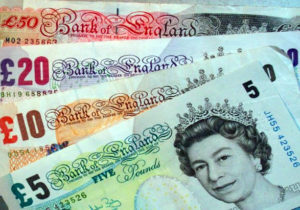 Britons are holding onto their cash in a sign that they may be hunkering down in the face of economic uncertainties, according to the British Bankers Association.

Personal deposits grew an annual 4.8 percent in November, data compiled by the BBA show. They increased by 32.4 billion pounds ($39.7 billion) in the first 11 months of the year, outstripping the 19.8 billion-pound growth in the same period of 2015.

British investors and savers were shaken by the June decision to leave the European Union, which prompted the Bank of England to cut interest rates to a record-low 0.25 percent. While the economy has held up well so far, most economists foresee a slowdown in 2017 as businesses seek more clarity on the nation’s future relationship with the world’s largest trading bloc.

“We’ve seen personal deposits, in particular, grow more strongly in recent months as consumers hoard cash in the absence of higher-yielding, liquid investment opportunities,” BBA Chief Economist Rebecca Harding said. “This growth in personal deposits may also suggest that consumers are looking to grow their cash reserves against potential economic uncertainties, such as an expectation of lower wage growth.”

The BBA figures also showed that approvals for home loans fell 9 percent in November from a year earlier. In the first 11 months of the year, approvals declined 4 percent.

U.K. house prices may only eke out a modest gain next year as economic growth weakens and a pickup in inflation squeezes consumers, according to a separate reportby Halifax. The mortgage lender sees housing demand easing in 2017, partly as tax changes and stricter underwriting standards restrict buy-to-let investment.

It highlighted the market in London, where poor affordability means the capital will see a sharper slowdown than elsewhere.

London’s underperformance has also been a theme of 2016, with Brexit and an increase in stamp duty weighing on the market. Luxury home prices in some of the most expensive districts are down more than 10 percent this year, and land values are also dropping. Property website operator Rightmove said this month that the bubble in prime London “continues to deflate,” and it sees prices there declining 5 percent in 2017.

Halifax said prices should find some support from the shortage of property for sale, low levels of building and low interest rates. It forecasts that values will be rising about 1 percent to 4 percent in the U.K. by the end of next year. The most recent official data showed an increase of about 7 percent in October.

The wide range for the forecast “reflects the higher than normal degree of uncertainty” for the economy, it said.

“Slower economic growth in 2017 is likely to result in pressure on employment with a risk of a rise in unemployment,” said Martin Ellis, housing economist at Halifax. “This deterioration in the labor market, together with an expected squeeze on households’ spending power, is likely to curb housing demand.”

The Royal Institution of Chartered Surveyors also sees a slowdown in price growth in 2017, adding to the multiple reports that underscore the recent loss of momentum in Britain’s housing market. It says the supply shortage means the average number of properties on realtors’ books is close to a record low, supporting the outlook for value.