Expert predicts China will fire missiles over Taiwan cities to hit Zone No. 4 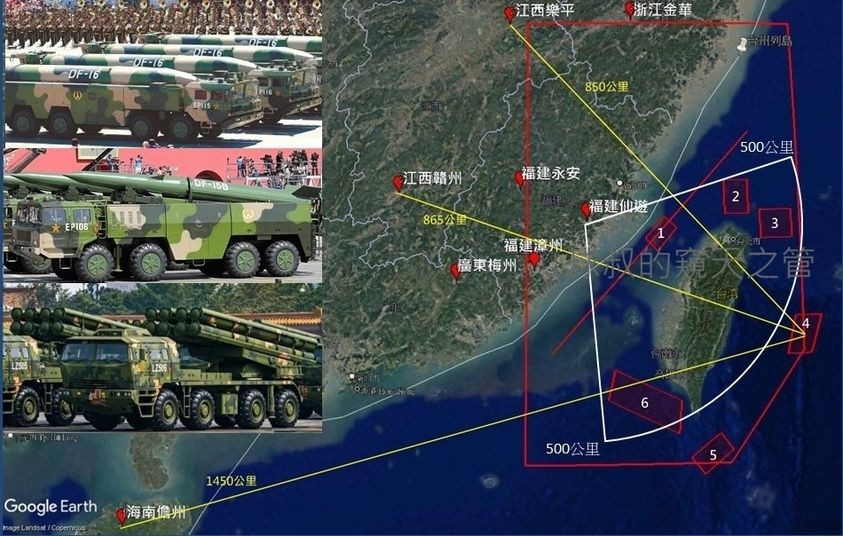 Taiwanese military expert Lu Li-shi (呂禮詩) predicts that China could fire missiles over Taipei, Taichung, and Kaohsiung as they head toward one of the six zones the People’s Liberation Army (PLA) has designated for live-fire exercises this week.

At 10:59 p.m. on Tuesday (Aug. 2), just 15 minutes after Nancy Pelosi’s arrival, Chinese state-run mouthpiece the Global Times released an announcement from the People’s Liberation Army (PLA) saying it would hold “important military exercises and training activities including live-fire drills” in six areas around Taiwan proper from Aug. 4 to Aug. 7. The PLA has marked vast swaths of waters off the coast of Taiwan, including areas to the northwest, north, northeast, east, southwest, and southeast of Taiwan.

In a Facebook post released on Wednesday evening (Aug. 3), Lu asserted that the PLA’s six live-fire zones focus on displaying firepower. Lu pointed out that under this scheme, there is still a considerable gap from a full “blockade” as defined by the Max Planck Encyclopedias of International LaLu estimated that the PLA bases in Leping and Ganzhou in China’s Jiangxi Province are 850 and 865 kilometers, respectively, from the No. 4 target area, which is situated off the east coast of Hualien. He said that these launch points are within the 1000-kilometer range of the Dong-Feng 15 short-range ballistic missile.

If the base in Danzhou, Hainan is used, which is 1,450 kilometers away from the target point, the Dong-Feng 16 short-range ballistic missile must be used as it has a range of up to 1,500 kilometers. Lu then predicted that the PLA “would not be foolish enough to use the DF-17 (medium-range ballistic missile) to enable the Leshan (radar station’s) long-range early warning radar to analyze the trajectory.”

As for the live fire zones that are within 500 kilometers from China, Lu believes that the Type PCL191 truck-mounted self-propelled multiple rocket launcher (MRL) will likely be used.

Lu said that the MRLs can be used to interfere with Taiwan naval patrols in the Taiwan Strait. The expert added that the PLA can take videos of the MRL launches and their impacts on the sea to conduct cognitive warfare.

He closed by calling on the Taiwanese to be “mentally tough.” 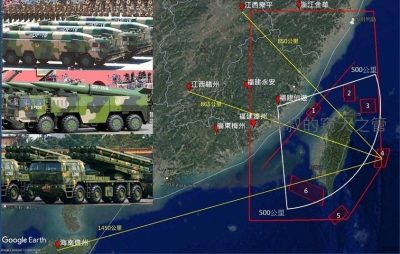