Draghi Confronts Limit of His Powers as Latvian Standoff Endures 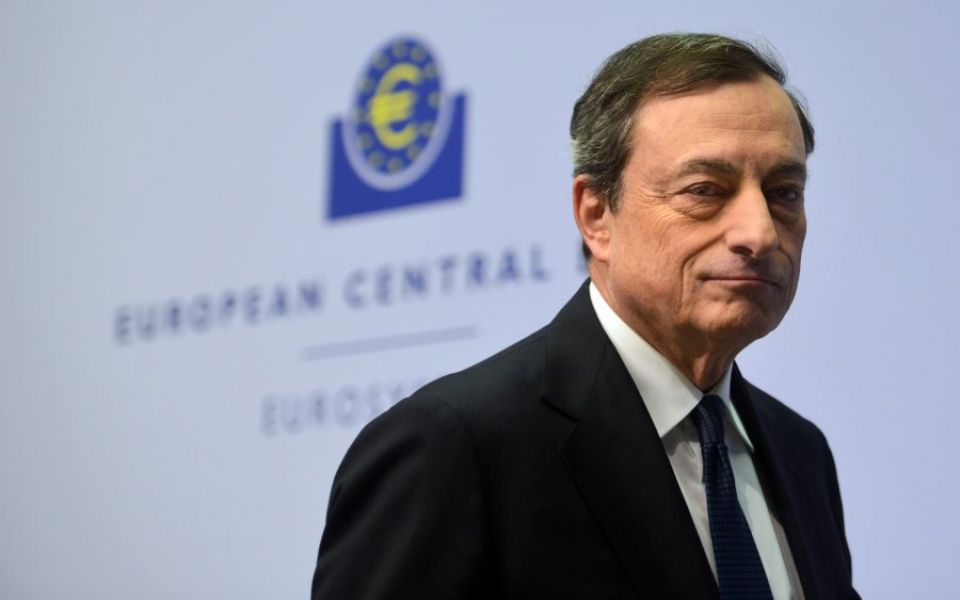 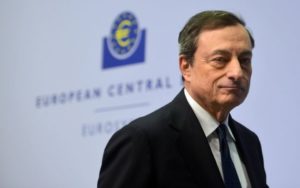 By Alessandro Speciale and Aaron Eglitis

For all his influence on the wider European economy, Mario Draghi is finding out that he has little sway in fixing a much more local problem.

Almost two weeks after a member of his Governing Council was briefly detained for bribery and extortion, the European Central Bank president still has few options available to address a lingering crisis that endangers his institution’s reputation and exposes the limits of its powers against those of the legal system of a sovereign country.

Latvia’s central bank chief Ilmars Rimsevics denies the allegations and has returned to work, openly challenging a government that has called on him to resign. He says he could even attend Governing Council meetings by teleconference. As the standoff in the Baltic country drags on, Draghi will probably face questions on the matter at a press conference after the ECB’s next decision on Thursday in Frankfurt.

“This reveals the impressive lack of power of the ECB in such circumstances,” said Stanislas Jourdan, the director of Positive Money Europe, an advocacy group calling for more transparency and accountability on economic policy. “The ECB is dependent on the Latvian justice system to act.”

Making matters more difficult is a lack of information, leaving the institution in suspense awaiting news from a country whose legal processes can take years to deliver any outcome.

Draghi already expressed dissatisfaction to ECB officials in the week after Rimsevics’s detention that enough details from Latvia hadn’t been forthcoming, according to people familiar with the matter, and that may still be the case. Latvian Finance Minister Dana Reizniece-Ozola said on Friday that the anti-corruption office is “in the process” of giving the ECB all relevant information.

An ECB spokesman declined to comment on the central bank’s communications with Latvian authorities.

The governor was released on bail on Feb. 19 and suspended from his office, but resumed work on Monday in his capacity as a Governing Council member, Latvian central-bank spokesman Janis Silakalns said. As he is barred from leaving the country, he will appoint his deputy Zoja Razmusa to attend the March 8 meeting.

If the standoff continues, it could overshadow a June 14 Governing Council meeting that Rimsevics himself was originally due to host in Riga.

Latvia’s Parliament hasn’t yet started a process to forcefully remove him, and the country’s government is waiting for an ECB “decision” on whether the investigation is a breach of central-bank independence, Reizniece-Ozola said.

Central-bank chiefs from the 19 euro-area countries attend the Governing Council in their personal capacity. While this means that they have to be mindful of the good of the currency bloc as a whole when taking decisions, it also implies that, as long as Rimsevics formally remains governor, he is also a member of the ECB’s top decision-making body.

“National governors can only be suspended under national law, meaning the ECB has no means to revoke, temporarily suspend, or even just sanction Mr Rimsevics,” said Positive Europe’s Jourdan.

ECB guidelines mandate that Governing Council members cannot accept “any benefits, rewards, remuneration of gifts in excess of a customary or negligible amount” and “avoid any situation liable to give rise to a conflict of interests.” It doesn’t foresee any sanctions or mechanism to ensure the rules are respected.

Draghi, who must defend the principle of central-bank independence without appearing to put the ECB’s weight behind a suspect, has his hands tied. Under European Union law, governments can’t remove central-bank heads unless they’re guilty of “serious misconduct.” The ECB has the power to challenge such a removal.

The ECB has been here before. Bank of Italy Governor Antonio Fazio was forced to resign in 2005, months after news emerged of an investigation into his role in a bank takeover. He was eventually convicted for market rigging in 2012.

“It’s perhaps unfair that Latvia’s justice may take time but he is under investigation and for such an important function one cannot allow him to continue,” said Pieter Cleppe, head the Brussels office of the Open Europe think tank. “The ECB should indeed have a procedure if a member is under criminal investigation.”