Draghi Gets ECB Back on Message 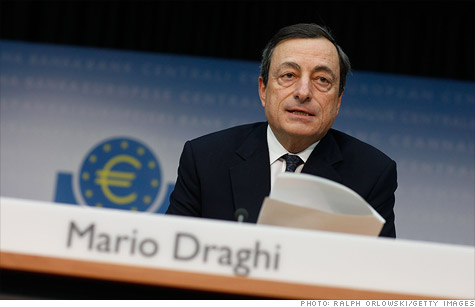 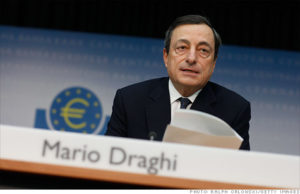 With assistance by Carolynn Look

The European Central Bank got its communication largely back under control on the third anniversary of the publication of its policy accounts.

Aside from a brief spike, the euro stayed relatively calm after the summary of January’s Governing Council meeting was released on Thursday. That’s in contrast to the report on December’s session, which rocked currency and bond markets when it suggested that officials might move faster than expected toward reining in stimulus.

That outcome should be a relief for President Mario Draghi. He’s shown a reluctance to allow too much discussion of potential policy changes in recent meetings, according to people familiar with the matter who asked not to be identified. The general concern is that any sign of a looming shift in stance could stoke market volatility and undermine the ECB’s stimulus plans.

“Draghi certainly brought the discussion back to where it should be,” said Anatoli Annenkov, an economist at Societe Generale SA in London. “It’s a reminder for the ECB staff that one has to write these accounts with a lot of care, but it’s also a wake-up call for them to consider how you want to write those accounts in the future.”

An ECB spokesman declined to comment on the Governing Council’s meetings. Draghi played down any divisions after the Jan. 25 gathering, saying there are no “deep, existential differences.”

While Thursday’s summary was subdued, reiterating the intention to only change policy language gradually as the inflation outlook improves, it did reflect opposing views. The document noted that some policy makers were ready to remove a pledge to expand the bond-buying program if needed. Their argument: The stronger economy warrants a more substantial discussion over the prospects of monetary policy.

The line that sparked investor upheaval after the previous report was phrased more carefully this time around. The ECB reiterated that it could review its policy guidance “early” in 2018, but added a qualifier.

The euro fluctuated in a 0.3 percentage point range after the account was published, but quickly stabilized.

The accounts, published for the first time in February 2015 after months of trials, were intended to improve transparency. While they have helped officials reinforce the message that unprecedented stimulus was needed, the approaching policy shift has turned compiling them into a headache.

ECB staff must parse the discussions of 25 Governing Council members and summarize them — the complete record is kept secret for 30 years — while also reflecting the balance of opinion, and the document is examined by the national central banks.

Views aren’t attributed to individual officials, except for Executive Board members Peter Praet and Benoit Coeure, who give opening presentations. Phrases such as “widely agreed” and “some members” are used to give a general sense of the extent of support for each view.

That process takes four weeks, and as the account of the December meeting showed, doesn’t always get the calm market reception that was intended.