A new type of solar panel 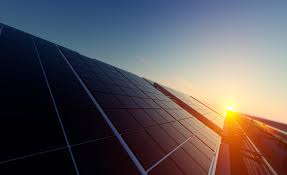 A new tecnology can permit to pass from sun to hydrogen, without passing throgh the production of the eletrical energy. A new type of solar panel have achieved an efficient of 9% of the water conversion in hydrogen and oxigen, throgh a process, called artificial photosintense.

This process is more efficient, than the precedent experiments of splitting from water, through the use of the  sunlight, as communicate from the University of Michigan, publicated Wensday.

This process in more useful in the future, respect the natural photosintense, that it will furnish a path, towards carbon neutrality different from the current one, the professor Zetian Mi of the Electrical and Computer Engineering, from U-M, has declared this.

The team have realized a semiconductor be able to resist a light sun.