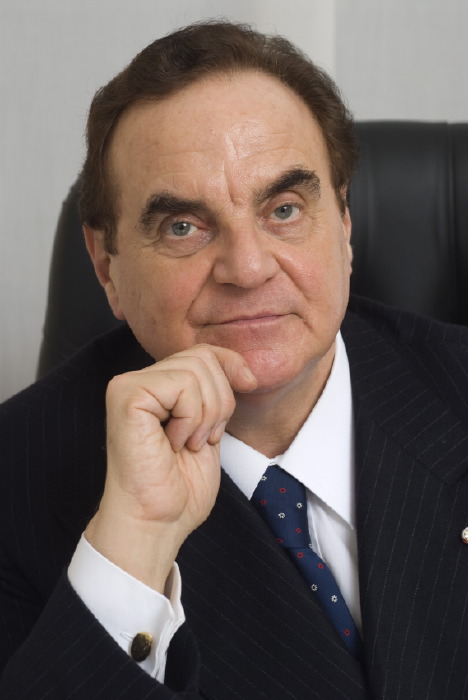 Due to a series of unfavourable circumstances in the last part of the 20th century, Serbia’s situation in the international arena and diplomacy is at a real stalemate.

If we consider the huge wealth that Belgrade accumulated in the Tito and post-Tito years (1945-1980, 1980-1991) within the Afro-Asian and Latin American countries, as well as Developing Countries and the Non-Aligned Movement, we realise that the Kosovo crisis, first of all, dissipated the international sympathy and support of many of those States.

As early as the Cold War, the three “Bs” were the place where solutions to international problems came from and where the “intelligence services” reached mediations, compromises and agreements: Berlin, Belgrade and Byzantium (Istanbul), with socialist, but “neutral”, Yugoslavia at the centre of scenario interests. However, the collapse of the Union of Soviet Socialist Republics, and the “uselessness” of Yugoslavia for the United States of America, began to undermine the Yugoslav prestige acquired over decades of patient and clever diplomatic work. Furthermore, the Kosovo crisis – manifested in the independence of that country, proclaimed on 17 February 2008 – has seen, to date, as many as 43 Afro-Asian and Latin American countries – in addition to the United States, Great Britain and France (which sit in the Security Council of the United Nations), Italy, Germany, etc. – support the Prishtinë’s initiative to the detriment of Belgrade’s interests. Cyprus, Greece, Romania, Slovakia and Spain are the EU Member States that do not support Kosovo’s independence (the European Union is not united on this issue either).

If we also add that Serbia has the backing of the current “bad countries”, namely the Russian Federation and the People’s Republic of China, we realise that for the right-thinking, conformist and amorphous European Union on the US bandwagon, Serbia is an annoying and embarrassing factor to be set aside. Therefore, Belgrade – which in the past held the balance of power in major foreign policy issues (1948-1989) – is now essentially aiming at regional security vision, as the conditions for global foreign policy manoeuvring seem to become less favourable. On the other hand, despite the complexity of Serbia’s position in the structure of relations in the Balkan region, the Serbian State has recently managed to find a certain pattern of existence and even to benefit politically and economically from it in the face of turbulence. History, however, aims to prove that the Serbian balancing model (even of pre-Yugoslav Serbia) has a certain root of solidity.

At the beginning of 2022, with due reservations, the Serbian State acted confidently, mainly in its economic endeavours. A sure indicator is the fact that the public debt of the Serbian government in 2020-2022 remained at the level of 51-53 per cent of GDP, while the average for the Eurozone countries is 98.3 per cent. In general terms, Serbia managed to solve the problem of autonomy, stabilise the domestic political situation at the expense of political centralisation, cope with Covid-19 and position itself as a regional communications centre. This ensured an inflow of investment in large-scale infrastructure and industrial projects.

The costs of this strategy are the preservation of the average wage level in Serbia, compared to neighbouring countries in the region. It is lower than in Slovenia, Croatia, Romania and Bulgaria, but higher than in Montenegro, Bosnia and Herzegovina, Albania and North Macedonia (the Former Yugoslav Republic of Macedonia until 17 June 2018).

It is important to note the significant presence of German companies in the country. As Serbian President Aleksandar Vučić pointed out at a press conference, 77,000 Serbian citizens are employed in German companies in Serbia (in 2014 they were 17,000). It should also be noted that the share of Serbian exports to Germany (around EUR 2.74 billion) claims equal status (42.1%) in the structure of bilateral trade (EUR 6.51 billion), but this holds more true for Italy (44%), Hungary (47.5%) and Poland (44.3%).

Therefore, from an economic viewpoint, Serbia feels very comfortable in the system of continental economic relations, but some European countries are scarcely interested in the loss of the Serbian market and locations.

On the other hand, there are many pressure points on Serbia’s leadership. The decision of Fiat-Chrysler Corporation to move part of its production from the city of Kragujevac (central Serbia) to Slovakia led to workers’ protests and a wave of claims against the Serbian State, which owns 33% of the company shares. At the same time, the Serbian leadership still has the right to count on the attractiveness of investment in its State, as a company leaving could be replaced by companies arriving from France, Turkey or other countries interested in Serbian communications and cheap labour.

It should be noted that the first speech about Serbia’s intention to give up Russian gas dates back to 2015, but only now is the issue becoming serious. Yet there are two factors that stand in the way of restricting Russian supplies. The first factor is that even under current conditions the price of Serbian (re-exported) gas will be one of the lowest in Europe. The second factor is related to the risk that in alternative gas transport configurations, Serbia will be destined to have a peripheral position. On the other hand, an increase in the level of gas price negotiations and the emergence of new demands will indicate two things: either that Serbia has finally found itself in new regional “alternative” gas configurations, or that the costs of cooperation with Russia have begun to outweigh the benefits.

It is worth paying attention to the June 2022 statements of Croatian Prime Minister Andrej Plenković, who proclaimed that “now it is not the time to sit on two chairs” and that Serbia “must be very careful and decide which side to choose and support”. Another issue is related to the emerging literature on the rights of the Croatian national minority in Serbia, developed by the Croatian Academy of Sciences and Croatia’s ruling party, the Croatian Democratic Union (Hrvatska demokratska zajednica). Hence the issue of Serbia’s EU accession runs the risk of causing a new problem – which must be combined with that of the aforementioned Kosovo dispute – e.g. the prospect for a Croatian veto on Serbia’s EU membership.

Speaking of Croatia’s position, it is worth emphasising the fact that the size of the Croatian contingent in the KFOR (Kosovo Force) mission in Kosovo has increased by 3.5 times (from 40 to 150 people). Zagreb is therefore expanding its presence at this nodal point in the region. That decision was taken in 2021, i.e. long before the Ukrainian escalation, and raises concerns about the situation in the Balkans. The concentration of foreign troops in the EUFOR-BiH (European Union Military Operation in Bosnia and Herzegovina) and KFOR missions is a reality with which Belgrade shall come to terms. It should be noted that we are talking about contingents mainly from European countries (Austria, Croatia, Germany, Greece, Italy, Poland, Hungary), Turkey, as well as the United Kingdom, which seems to have decided to go back to its 2019 decision to reduce the presence of its army in the aforementioned EUFOR-BiH.

We could argue that there is a clear likelihood of a scenario of direct control over Belgrade and Serbian interests in the region. The matter is that this targeted action will only multiply problems, and the obvious absence of the ally Russia at the negotiating table will not ensure a balance among the other powers interested in the fundamental issues for a new regional reorganisation.

An extremely insidious situation cannot be ruled out when quite sincere attempts at European integration on the Serbian side meet a Croatian (or other countries’) veto and stimulate the growth of Euroscepticism in the country. The paradox lies in the fact that, without cherishing excessive European illusions, the Serbian leadership anyway consciously supports concrete integration initiatives.