Janet Yellen back in focus after Trump reshapes markets 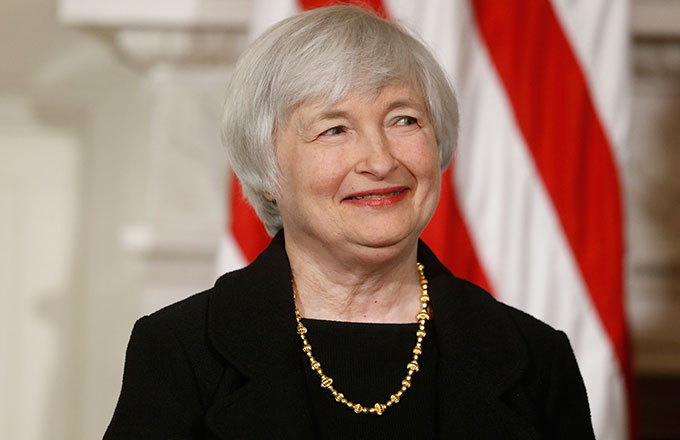 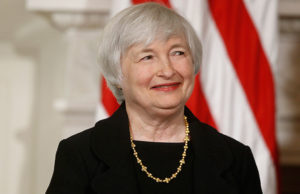 If the baton is being passed from central bankers to politicians in the almost decade-long quest for meaningful growth, Wednesday’s Federal Reserve meeting may mark the moment that an official handover takes place.

Through the jump in Treasury yields, the rise in the dollar and record peaks in US equities, investors have made clear they see the elevation of Donald Trump to the White House as the trigger for an end to the era in which monetary policy has been relied on for economic expansion.

Central banks recognise the limitations of their easy money policies and have repeatedly encouraged politicians to drive growth through fiscal stimulus.

And with the market having fully priced in a rate rise of 25 basis points this week by the Federal Open Market Committee, investors are following the theatre and machinations of Trump cabinet appointments far more closely than the ruminations of Fed officials.

“Non-monetary policy in the US is in play for the first time in many years,” says Lewis Alexander, chief US economist at Nomura and a former official at both the Fed and the US Treasury. “In that context, I think it is natural that markets are less focused on the Fed.”

The wresting of attention away from the Fed is such that, according to Steve Englander, senior currency strategist at Citigroup, “this may be the first FOMC in recent years where yields back up even if the Fed tries to be dovish”.

The yield on the 10-year Treasury note, a benchmark for corporate borrowing, has jumped from 1.85 per cent to 2.5 per cent since Mr Trump’s defeat of Hillary Clinton.

That is not to say investors care little for what Fed chair Janet Yellen will say this week. She will probably be questioned at length during her press conference about the Fed’s view on the president-elect’s proposed policy mix of tax cuts and fiscal stimulus, as well as her own future. Expect her to present studied neutrality.

While there is plenty of uncertainty around Mr Trump, there is a comforting familiarity about Ms Yellen. So some investors, not ready to believe that any economic package from Mr Trump will be enough to accelerate growth, are anxious to hear what the Fed chief says about rate prospects for 2017.

The policy shift from monetary to fiscal is “ongoing and the market recognises that”, argues Neil Mellor, foreign exchange strategist at BNY Mellon. “The market cannot but show sensitivity to what the Fed says about 2017. It is possible there is a reduced degree of sensitivity.”

Weighing on investor minds is what Ms Yellen says about the strength of the dollar, a familiar Fed concern given the competitive pressure it exerts on parts of the US economy. The index that measures the dollar against its peers has risen 3.5 per cent since election day.

“The dollar is tightening monetary policy, to an extent,” says Mr Mellor. “We have always viewed that a risk to a dollar upturn is the Fed being uncomfortable.”

A more muscular dollar also threatens Mr Trump’s job creation plans, so anything Ms Yellen says that hoses down its strength may be welcomed by the president-elect, an ironic turn of events given his criticism of the Fed chair during the campaign.

Analysts, however, expect any comments on the US currency to be carefully calibrated. With more than a month before Mr Trump takes office, the Fed probably has little choice but to get this rate rise out of the way, then bide its time.

“I don’t think Ms Yellen and the FOMC will try to talk down the dollar,” Nomura’s Mr Alexander says. “I don’t think the FOMC is ready to send a signal about how Trump’s policies may affect their outlook for the economy and policy.”

Since the US is close to or at full employment, if there is a big fiscal stimulus it has clear implications for Fed policy. “Markets are reacting to that already. There really isn’t much the Fed can do about that,” he adds.

Some believe that if the dollar is strengthening on the assumption of a big injection of government stimulus, the market is mispricing the move. “Trading on assumptions is not sufficient,” says Ugo Lancioni, head of currency management at Neuberger Berman.

“At some point, the market has to stop and realise the implications of Trump policy, which is not just a fiscal boost but foreign relations and trade,” he adds.

As for the stimulus package, Paul Lambert, head of currency at Insight Investment, cautions there are plenty of unknowns. “At the moment we don’t know how big it will be, when it will be or what form it will take,” Mr Lambert says.

And some parts of the market are investing too much into the Trump effect, he adds. With the election out of the way, investors have been focusing on the stellar jobs data, growth being at or above trend and corporate earnings recovering, meaning “the market needed to reprice”.

Yet after nearly a decade during which the only thing that mattered was central bank policy, Mr Trump is already influencing their investment decisions in a significant way. He is inheriting a strengthening US economy and is bringing a different plan for sustaining it.

“If governments take the lead with initiatives that have a much larger impact on the economy, they have the potential to go very well or very wrong, with a high level of uncertainty,” says Mr Lancioni.

It is something that Ms Yellen will have to get used to.