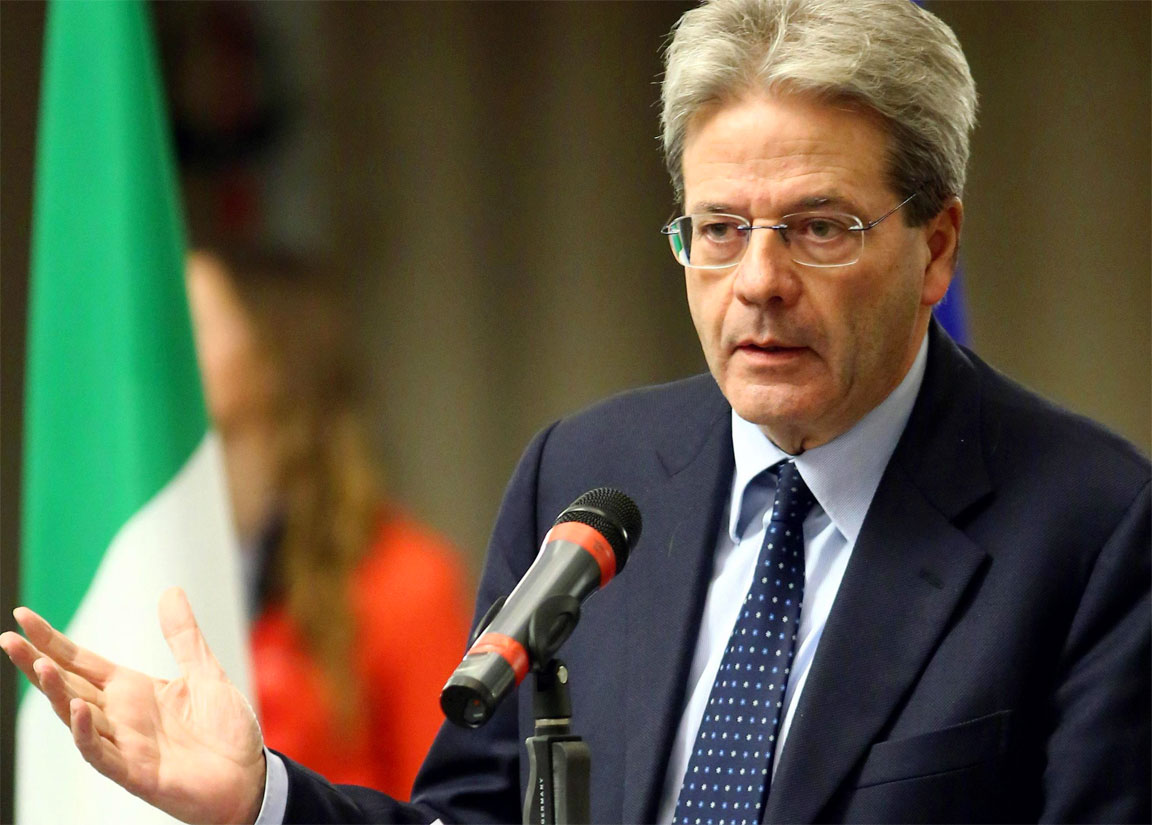 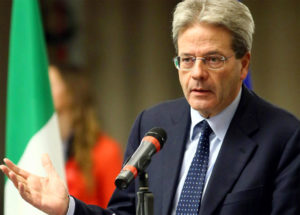 Gentiloni tells parliament that economic recovery must be accelerated

Italy’s new prime minister has said his government is “ready to intervene” to stabilise the country’s financial sector and suggested a rescue was being prepared for Monte dei Paschi di Siena, the ailing bank.

In his first address to parliament since being sworn in on Monday, Paolo Gentiloni said a top priority in office would be to “accompany and strengthen the economic recovery”, which began in 2014 but has been very sluggish.

Without specifically mentioning the case of MPS, which may require a state rescue as early as next week, Mr Gentiloni said there were “some specific cases of banking institutions which require a capital boost”.

“It must be known that the government is ready to intervene to guarantee the savings of citizens and the stability of the institutions,” Mr Gentiloni told the Chamber of Deputies.

The board of MPS, Italy’s third-largest bank by assets, agreed on Sunday to make a last-ditch attempt to raise €5bn in private capital by the end of the year, after a request for a 20-day deadline extension was rejected by the European Central Bank. If that effort fails the Italian government will almost certainly have to intervene, in one of the first big decisions for Mr Gentiloni.

On Monday Mr Gentiloni confirmed Pier Carlo Padoan in the role of finance minister to manage any possible intervention and lead talks with the EU on the terms of any state aid.

The top political priority of the government would be to neutralise the impact for retail investors who hold the bank’s junior debt. New EU rules on government assistance to financial institutions require such investors to be “bailed in” to a rescue to share the pain.

One senior Italian official said on Tuesday that the details of any compensation plan for retail investors were still being debated.

The official noted that any rescue would take the form of a debt-for-equity swap in which junior debt would not be wiped out entirely but converted into shares of the bank, which could have a significant upside. In addition, if there were a gap between the price of conversion of the debt and the price of original purchase, net of any interest earned, some form of compensation scheme could be set up, subject to EU approval.

Should Italy have to intervene to rescue MPS, it may also have to step in to pump public money into other struggling Italian banks, including two regional banks in Veneto, one in Liguria, and four others across central Italy. “We may need a single instrument for all of them,” the official said.

In his speech on Tuesday Mr Gentiloni praised the work of his predecessor, Matteo Renzi, who stepped down last week after suffering a heavy defeat in a constitutional reform referendum. “We did great work, the results have been recognised internationally and we are proud of them,” said Mr Gentiloni, who served as Mr Renzi’s foreign minister.

Mr Gentiloni said his biggest priority was to assist regions ravaged by three big earthquakes over the past four months.

But ahead of his first attendance at an EU summit on Thursday, he repeated one of Mr Renzi’s main complaints against Brussels and other member states. “It is not acceptable that Europe is too severe when it comes to austerity policies and too tolerant towards countries” which do not take in migrants, Mr Gentiloni said.

Mr Gentiloni, who is expected to win votes of confidence in the lower chamber of parliament on Tuesday, and in the Senate on Wednesday, also created a new ministry for the struggling Italian south, where Mr Renzi’s reforms were rejected by the widest margins.

“We have to do a lot more for the Mezzogiorno,” he said, referring to Italy’s southern regions.

San Francisco, California, March 27, 2017. Entrepreneur Elon Musk, one of the masterminds behind projects such as Tesla and SpaceX, announced his next [...]
Leggi di più
27 Giugno 2022 13:11 Giancarlo Elia Valori 74
Main Partner