Joe Biden economic plan: What Biden would mean for the economy, your finances and another COVID-19 stimulus package 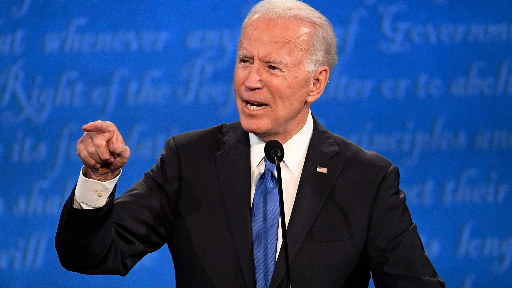 Although a winner hasn’t yet been declared in the presidential race, Democrat Joe Biden appears on the path to victory, raising questions about how he’ll work with a potentially divided Congress to revive an economy still battered by the COVID-19 pandemic.

Top economists say his bold spending plans and stauncher support for trade and immigration will spur a faster recovery, more more than offsetting any drawbacks of his proposals for new taxes and regulations.

Biden’s blueprint will bring back the 11 million jobs and $670 billion in annualized gross domestic product wiped out – and not yet recovered – in the crisis more rapidly than if President Trump had won a second term, analysts say.

“Biden’s policies are the right ones to address the economic crises created by the pandemic,” says Mark Zandi, chief economist of Moody’s analytics. “With such high unemployment, low inflation and zero interest rates, Biden’s proposal to go big on government investment will get us back to full employment fastest. His policies are also targeted to help low- and middle-income households hit hardest by the pandemic.”

Yet the scope of the economic benefits delivered by Biden’s agenda hinges on whether Republicans keep narrow control of the Senate, as now seems likely, or Democrats gain a slim edge. The outcome is uncertain amid ongoing vote tallies in local races and final results may not be clear until early next year because of runoff races.

A Biden presidency and GOP Senate would mean a smaller economic boost than a sweep that hands a slight majority to Democrats. Under the former scenario, the economy would grow an average 3.5% a year and generate 11.6 million jobs during Biden’s four-year term, according to Moody’s. That would be just modestly better than average growth of 3.2% and 9.8 million new jobs under the status quo – a second Trump term with the current split Congress, Zandi estimates.

If Biden could work with a Democratic-controlled Senate, the economy would grow more vigorously – an average 3.8% a year, creating 14.1 million new jobs, according to the Moody’s analysis. The nation would return to full employment by late 2022, a year earlier than under a Biden presidency and Republican Senate, Zandi reckons.

Here’s how a Biden plan could affect the economy:

Biden has voiced support for a robust relief measure that includes another federal bonus to weekly unemployment benefits, more aid for struggling small businesses and financially distressed states, and another round of stimulus checks to most households.

The big question: Which party has the majority in the Senate? Last month, the Democratic House passed a $2.2 trillion package while the Republican Senate has favored a $500 billion plan.

If Republicans keep control, lawmakers likely would approve a $1.5 trillion stimulus, possibly late this year, according to Moody’s Analytics and Oxford Economics. If the Democrats wrest control, Zandi expects a $2 trillion package that could match the $600 jobless aid provided to unemployed Americans earlier this year instead of a reduced amount.

But economist Nancy Vanden Houten of Oxford Economics believes even a Democratic Senate would opt for a $1.5 trillion measure to preserve space for other spending initiatives.

Biden is proposing $7.3 trillion in new spending over 10 years, including upgrading the nation’s roads, bridges and highways; building a clean energy economy; investing in research and development to bolster manufacturing; ensuring the government and its contractors buy American products; providing tuition-free community college; ensuring access to affordable childcare and universal preschool; and providing aid for Americans to buy or rent homes.

If Democrats narrowly win the Senate but Republicans can block major legislation with 40 votes, Senate Democrats will have to compromise with Republicans, likely trimming the $7.3 trillion blueprint to about $4 trillion, Zandi says. Oxford economist Gregory Daco foresees a more dramatic cut to about $3 trillion.

And if Republicans keep Senate control, just a sliver of the proposals likely would pass, with GOP lawmakers perhaps agreeing to some infrastructure and social service spending in exchange for middle-class tax cuts, Zandi says. 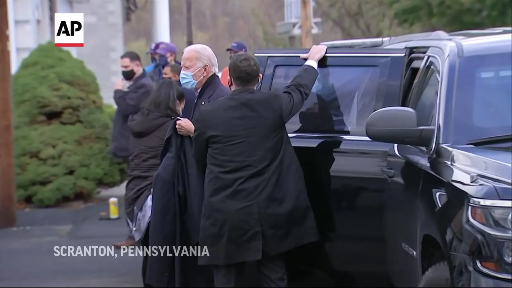 To help pay for the massive outlays, Biden plans to raise taxes by about $4 trillion over the next decade. He proposes eliminating loopholes for individuals earning more than $400,000; subjecting incomes above $400,000 to the 12.4% Social Security payroll tax; and phasing out itemized deductions at incomes of $400,000.

He also wants to increase the corporate tax rate from 21% to 28%, and tax capital gains and dividends at ordinary rates for incomes above $1 million.

New taxes likely would ding business profits and discourage some investment, damping economic growth, Zandi says. Oxford, however, says the effects on business activity should be “negligible.” And there should be just limited impact on high-income households, who can more easily tap savings and investments to maintain their spending, Zandi says.

Both Zandi and Daco also figure Biden would delay any tax hikes to later in his term, after the economy is well on the path to recovery.

And if Republicans keep their Senate majority? Don’t expect any tax increases, the economists say.

Biden doesn’t need Congress’s approval to reverse a cascade of Trump executive actions, and economists say that’s precisely what he will do. Those include a ban on travel from several Muslim-majority countries and a sharp reduction in the annual cap on the number of refugees permitted in the U.S., Oxford Economics says. Biden also supports sweeping immigration reform, which likely would boost the number of migrants entering, and staying in, the country.

All told, average annual immigration to the U.S. likely would slowly climb back to about 1 million after falling to about 750,000, the economists say. That would boost the population and labor supply, increasing consumer spending, productivity and economic growth, they say.

Biden has taken a tough stance on trade with China and wouldn’t immediately lift the $360 billion in tariffs Trump slapped on Chinese imports, Daco and Zandi say. But unlike Trump, Biden has said he wants to rally U.S. allies to confront China. And while Trump almost certainly would have escalated the trade war, Biden likely would remove some of the tariffs, perhaps the most recent wave, Daco says. Zandi believes all the levies will be gone by 2023.

That would eliminate a tax on American shoppers who buy Chinese imports, bolstering consumer spending. And it likely would prompt China to remove the retaliatory tariffs it has levied on American shipments to that country, juicing U.S. industrial production and exports.

Biden has said he’ll roll back much of Trump’s cuts to regulations, especially environmental rules for the power and auto industries, as he ramps up a plan to address climate change and promote clean energy.

“The oil and gas sector could see a rough ride with the imposition of new, onerous regulation,” says economist Troy Ludtka of research firm Natixis.

Zandi, however, says there’s no evidence that regulations have such negative effects on business activity.

Biden supports a Democratic proposal in Congress to raise the federal minimum wage from $7.25 an hour to $15. But with just a slim Senate majority, Democrats would not be able to overcome a filibuster.

That likely would mean no minimum wage hike or a small bump that won’t have a meaningful impact, Zandi says. And a Republican Senate would be highly unlikely to approve a bump in base pay, Zandi says.

At the same time, that economic gain could be offset as some businesses hire fewer workers and pass their higher labor costs to consumers, hurting consumption, Oxford says. Some businesses also could replace workers with technology, the research firm says.

Several states already are gradually raising their pay floors to $15, and dozens of cities and counties, along with corporations such as Amazon, are already there. A base pay increase to $15 would have little negative impact if it occurs gradually and follows market trends, Zandi says.