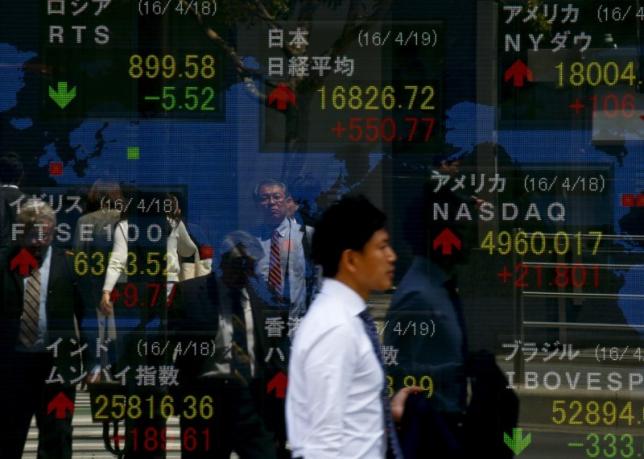 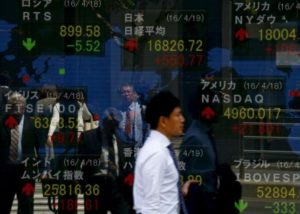 The British pound edged lower on Thursday as investors anticipated the Bank of England would cut interest rates to a record low later in the session, while a rebound in oil prices from four-month lows lifted Asian stocks.

The Bank of England is expected to cut its policy rate by at least a quarter percentage point to 0.25 percent, making its first reduction since 2009 in a bid to ward off a recession that appeared increasingly likely after the United Kingdom voted to quit the European Union in June.

Currency dealers were uncertain how sterling would react to a rate cut, as it has been largely factored in and the scale of sterling’s declines since the Brexit vote could limit the immediate downside.

“Given the market has a 25 basis-point cut priced at 100 percent, one would expect a huge spike in GBP/USD if they fail to ease,” Chris Weston, chief market strategist at IG in Melbourne, wrote in a note.

“But the real issue is whether they cut by 50 basis points and give a strong indication of quantitative easing in the September meeting.”

Britain’s economy is slowing at the fastest pace since the financial crisis, based on Markit’s monthly all-sector Purchasing Managers’ Index on Wednesday, which recorded the steepest month-on-month decline on record.

The euro fell 0.1 percent to $1.1141 EUR=EBS, retreating from its 5-week high of $1.1234 touched on Monday.Oil, which jumped more than 3 percent on Wednesday, extended gains in Asian trade on Thursday, as larger-than-expected draw on gasoline stocks in the United States eased concerns about global supply glut.

Energy shares also rose, contributing to gains on Wall Street, with the S&P 500 index .SPXclosing up 0.3 percent on Wednesday.

Japan’s Nikkei .N225, which earlier touched a near-four-week low on Thursday, rebounded to end the day up 1.1 percent as the yen weakened.

Bank of Japan Deputy Governor Kikuo Iwata said on Thursday that a comprehensive review of the central bank’s monetary policy next month would focus on the transmission mechanism and obstacles to its monetary policy. However, it is not meant to offer a specific direction for future monetary policy, he said.

Japanese government bonds, which suffered their worst sell-off in more than three years this week on worries the Bank of Japan may be running out of realistic easing options, remained under pressure.

The dollar bounced back 0.7 percent from Monday’s five-week low against a basket of six major currencies as investors looked to July payrolls data on Friday.

A report from payrolls processor ADP showed on Wednesday U.S. private employers added 179,000 jobs in July, a tad above market expectations and bolstering hopes that Friday’s data could show moderate growth in employment.

Soft second-quarter U.S. GDP data and some other mixed data have dented the dollar as they reduced expectations that the Federal Reserve will raise rates this year.

“A September rate hike could only be justified if July and August’s payrolls prove exceptionally strong,” David Lafferty, chief market strategist at Natixis Global Asset Management, wrote in a note. “However, a post-election tightening in December is still in the cards provided the macro data doesn’t deteriorate.”

Chicago Federal Reserve Bank President Charles Evans said on Wednesday that one rate increase might be appropriate this year, despite his worry that inflation is undershooting the Fed’s 2 percent target, because “the real economy is doing quite well.”