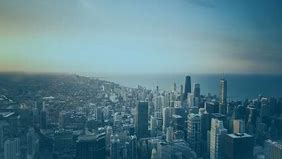 Which regions will build the Silicon Valleys of the future?
Sea safety and the Stad Ship Tunnel project
A new AI model can accurately predict human response to novel drug compounds

Let’s talk about jobs. And the life sciences industry. And Illinois’ economy.

And let’s link those three, because the life sciences industry is going through a boom right now — Oak Brook-based commercial real estate company CBRE calls it the “life sciences revolution” — and Illinois is in the middle of it, especially in the North suburbs.

If you know a science-minded kid looking for a career, point him or her toward life sciences. They’ll thank you for it.

“It’s also one of the highest-paying industries across the board in the state,” said John Conrad, CEO and president of industry association group iBIO, which stands for Illinois Biotechnology Innovation Organization. “And that’s important. Growth in our industry fuels high-paying jobs in the communities. It fuels the tax related to all those jobs.”

And make no mistake, biotechnology is growing rapidly. It will grow with or without Illinois, but Illinois is working to get onboard.

A key piece of the economy

Every plan to diversify and strengthen the Illinois economy has to have the life sciences industry as a focus. Fortunately, the state is active in trying to lure biotech companies here through the public-private partnership organization Intersect Illinois.

The days of Illinois being solely a manufacturing and agriculture state are long gone. Now the state is seeking life sciences startups as well as big, established corporations.

“State employers grew their employment base in recent years, increasing by 3.2 percent since 2016 to reach nearly 88,000 jobs. The diverse bioscience strengths are evident in Illinois’ employment specializations in three of the five industry subsectors — agricultural feedstock and industrial biosciences; drugs and pharmaceuticals; and bioscience-related distribution.

“Overall, the state is 13 percent more concentrated in the biosciences relative to the national average (industry location quotient is 1.13). Illinois is among the top tier of all states in its bioscience-related university R&D activities — research institutions spent nearly $1.6 billion in 2018 on R&D. Illinois bioscience companies received more than $2.7 billion in venture capital investments from 2016 through 2019,” according to research by Teconomy/BIO.

There are about 300-350 facilities in the state, with some companies owning multiple administrative, manufacturing and research facilities.

It’s the second-largest concentration of pharma companies in the country, behind only the New Jersey-Pennsylvania-New York triangle, Conrad said. It produces about $100 billion of economic output.

LanzaTech is somewhat unusual in that it’s a bioindustrial company. Its goal is replacing a petrochemical with one derived from a bio-based source.

“A big kind of focus is looking at every different kind of material that is made up or based from petrochemicals, from clothing to the interiors of cars. That all can be replaced. Even asphalt, that can be replaced,” Conrad said.

LanzaTech is a leader in that. It has partnerships with shoe companies and Lululemon.

“It’s an example of an exciting company that pushes the boundaries,” Conrad said.

It’s pushing the boundaries in ways that could help the environment.

“That’s one of the goals of the overall bio industry, is it’s not only healing the world but fueling and really saving the world in an economic kind of sense,” Conrad said. “The more that we can replace petrochemicals with bio-based chemicals, the more sustainable some of the industries are. It helps the automobile industry meet their sustainability goals. It helps other industries meet their sustainability goals as well.”

And the bio part? It’s corn, soybeans and other crops grown by Illinois farmers.

“For me one of the most exciting pieces of that industry is you want to keep that whole kind of supply chain within the state,” Conrad said.

You can’t locate a life sciences company just anywhere. Startups require a specialized space in which to conduct their research and development.

“Lab space for a long time in Illinois has been a big issue,” Conrad said. “We’ve had over a million square feet that’s been added since 2020. A lot of that’s been in the city, but it’s also happening in Skokie and it’s happening up at Rosalind Franklin (University of Medicine and Science in North Chicago) in their incubator.”

The state is providing funds to incentivize developers to build that specialized space. It’s working.

“Now that we’ve added over a million square feet with another five million planned, it’s becoming a lot easier for our companies to find space to move into,” Conrad said.

That can only help attract life sciences companies to Illinois, where they get the benefit of being centrally located within the United States, space costs a fraction of what it does on either coast, and there’s a ready source of R&D talent graduating from Northwestern University, University of Chicago and the University of Illinois. Local community colleges are developing programs to prepare people to work on the manufacturing side of the business.

“You do see a lot of companies moving their R&D functions to our state,” Conrad said. “So I think it’s something that we’re going to continue to see as they’re re-evaluating their spendout on their research and development.”