Engladio: soon they will discover, that can exist a possible life 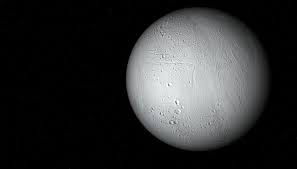 Engladio is the first moon the planet Saturno, that early would discovery what there is in this moon.

According to the scientists of the Nasa, Engladio is paragonate a “boll of snow” , but the resercher between 2006 and 2017 they eould change their mind thanks to the sonda Cassini, sent by Nasa.

With the new information the scientists discovered that, Engladio is covered by a straight of glace, covered and it hides a huge salt water ocean spewing methane.