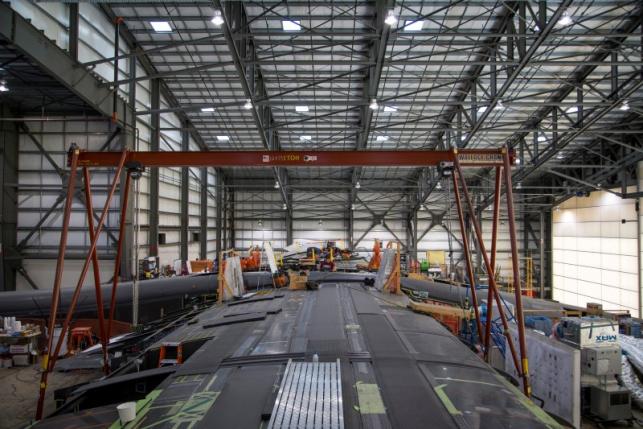 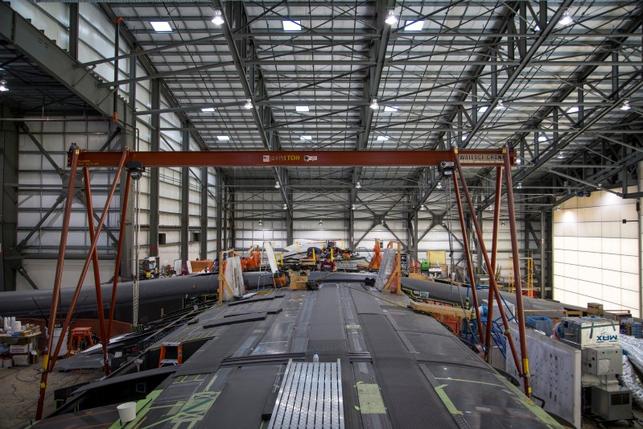 ARGER THAN A FOOTBALL FIELD

Assembly of the plane is 76 percent complete, with the engines, landing gear, and one tail section still to be installed. The plane is expected to be finished before the end of the year. Commercial services are expected to begin before 2020.The six-engine aircraft with a wingspan of 117 m (385 ft), is said to be larger than Howard Hughes’ 1947 H-4 Hercules, known as the “Spruce Goose,” and the Antonov An-225, a Soviet-era cargo plane originally built to transport the Buran space shuttle.

The goal of Allen’s aircraft venture is to effectively position the plane so that satellites can be directly delivered into very precise orbits and do so quickly, without launch range scheduling issues and weather-related delays.

Stratolaunch’s twin-fuselage craft incorporates engines, landing gear, avionics and other parts from a pair of Boeing 747 jets coupled with a frame, wings and skin handmade of lightweight composites.

The plan is for the aircraft to be able to transport satellites, particularly the low-Earth orbiting multi-hundred member constellations under development by companies including SpaceX and Google’s (GOOGL.O) Terra Bella to provide internet access, Earth imagery, and other data