Honda outselling Toyota in China, sets up photo finish for 2016 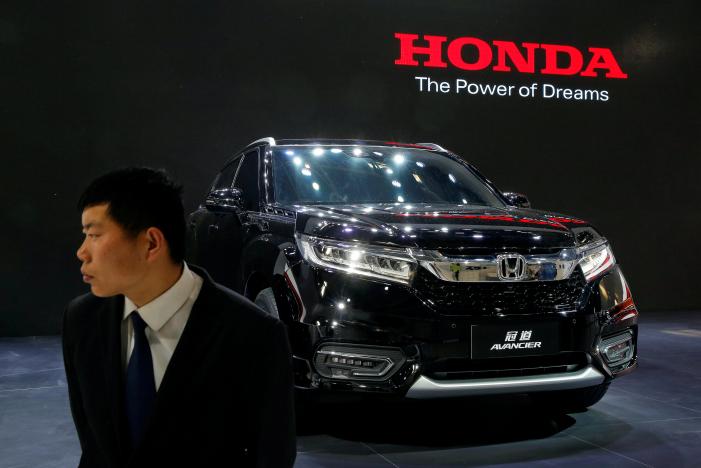 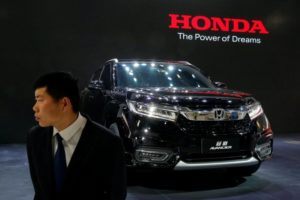 Honda Motor Co’s (7267.T) sales in China surpassed those of Toyota Motor Corp (7203.T) for the first 11 months of 2016 as fresh models lured consumers and set the Japanese rivals up for a photo finish for full-year sales ranking in the world’s top auto market.

Chinese consumers have flocked to Honda’s raft of new models, including a new version of the staple Civic sedan as well as particularly strong offerings in the booming sport-utility vehicle (SUVs) segment.

To meet rising demand, Japan’s No. 3 automaker plans to break ground on Dec. 8 on a new factory in central China’s Wuhan, according to a media invitation Honda has sent out.

Auto sales in China remain under pressure from slowing economic growth, with analysts predicting weak growth next year despite a rebound in 2016 thanks to tax incentives. SUVs, though, have been a major exception, with the segment growing 45.6 percent year-to-date, as Chinese warm to larger cars.

A Beijing-based Toyota spokesman declined to comment on its sales performance vis-à-vis rivals.

“We don’t have a blind focus on boosting sales,” he said. “Our main objective in China is to achieve steady growth of our business, by focusing on customer satisfaction, including creating a quality sales and service environment.”

Honda sold roughly 14,500 cars more than Toyota for January to November to surpass it for the first time this year, according to sales reports released by the two firms on Friday, potentially setting up the Tokyo-based company to narrowly overtake Toyota in full-year sales if the trend continues.

“Beating a particular rival brand isn’t our business objective in China,” a Beijing-based Honda spokeswoman said. “We focus on Chinese consumer needs and feel the strong sales momentum we have in China now is evidence that our strategies are working.”

Honda has recorded nine consecutive months of double-digit sales growth in China and is nearing its sales target of 1.18 million vehicles, which it revised upward by roughly 100,000 units in October.

Toyota, Japan’s top automaker, met its 1.15 million vehicle sales target as of November. The automaker has traditionally lead its rival in the Chinese market, selling 240,000 cars more than Honda as recently as 2014.