Asia stocks to end 2016 on buoyant note, oil set for biggest gains since 2009 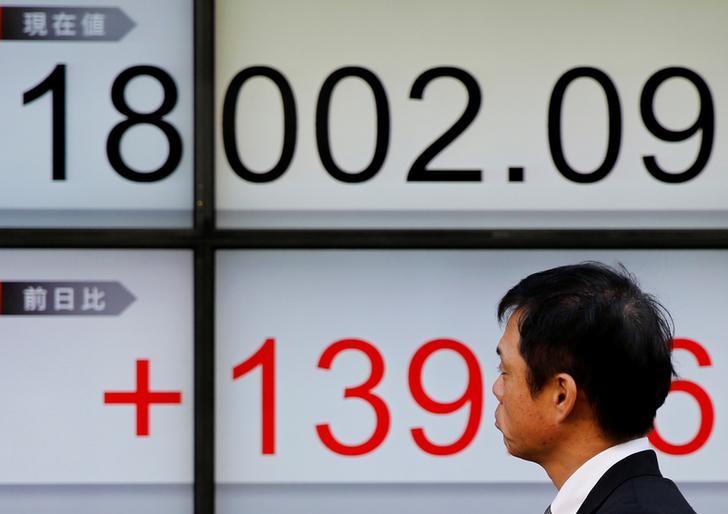 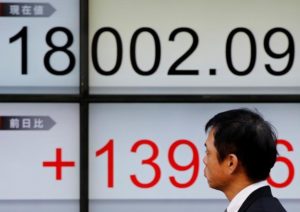 Asian stocks looked set to end 2016 on an upbeat note, with the benchmark headed for its first annual gain in three years, while the dollar reversed earlier losses and oil was poised to record its biggest gains in seven years.

In a year marked by major political shocks, including Brexit in June and the unexpected election of Donald Trump as U.S. president in November, Asia Pacific ex-Japan stocks are poised to record a 3.8 percent gain.

Despite the modest figure — the Dow Jones Industrial Average, in contrast, is up a whopping 14 percent — 2016 had the Asia-Pacific index’s best performance in four years.

China’s CSI 300 index .CSI300 added about 0.1 percent in its first session of gains this week. But mainland stocks are poised to be this year’s worst performers in the Asia Pacific with declines of about 12 percent.

Thailand, after an almost 20 percent surge, is set to be the region’s best-performing major market, followed by Indonesia, which has soared 16 percent. Along with China, Malaysia, down 3.4 percent, and the Philippines, down 1.5 percent, were the only other markets poised to post losses for the year.

Japan’s Nikkei .N225 closed down 0.2 percent on Friday, erasing most of this year’s meager gains and ending 2016 up only 0.4 percent. While this is its fifth straight year of increases, it is also its worst performance in the time, with the index slammed by the safe-haven yen’s 21 percent surge from the start of 2016 to its peak after the Brexit vote.

The Japanese currency has fallen more than 15 percent since that peak — with most of the losses since November driven by a surge in the dollar, reflecting exuberance over Trump’s anticipated stimulatory policies — but is still set for a 3 percent gain versus the dollar this year.

“2016 has been a year of changes and these changes have hardly been slight,” Jingyi Pan, market strategist at IG in Singapore, wrote in a note. “A preference for safe haven assets to tide through the year-end have set in, with gold and yen taking off.”

The dollar, which earlier fell to the lowest in more than two weeks, climbed 0.1 percent to 116.74 yen JPY=D4, recording gains of 10.7 percent against the yen since its pre-election close.

The dollar index .DXY, which tracks the greenback against a basket of six major global peers, dropped 0.25 percent to 102.41 on Friday, following a 0.6 percent slide on Thursday, but is poised to end 2016 3.8 percent higher.

The euro EUR=EBS jumped as much as 2 percent early on Friday, its biggest intraday gain since Nov. 8, before settling back down to trade 0.3 percent higher at $1.0525.

The common currency is still down 3 percent for the year.

The Chinese yuan CNY= is on track to record its biggest annual loss since 1994. The dollar has strengthened 7 percent versus the Chinese currency this year, as China’s efforts to shore up its currency by selling the greenback have been undercut by worries about slowing Chinese economic growth and expectations for faster U.S. expansion.

U.S. bond yields, which had been climbing since the U.S. election on expectations of higher interest rates, have reversed course over the past two weeks as investors have sought shelter from risk. They were little changed at 2.4774 percent on Friday, lingering near a two-week low touched overnight.

Gold touched a two-week high on Friday, basking in its safe haven status amid the broad pull-back in risk.

Oil prices inched up as optimism over a deal to curb outputs that is set to take effect at the start of the new year offset an unexpected increase in U.S. inventories.