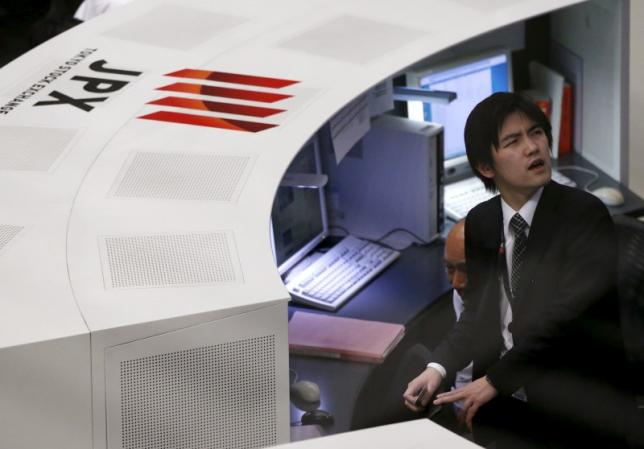 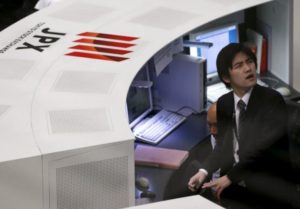 Most Asian stock markets rose on Friday after the Bank of England launched a larger-than-expected post-Brexit stimulus package that sent the pound reeling.

But Japan’s Nikkei .N225 surrendered earlier gains to close flat. It fell 1.9 percent in a week marked by investor disappointment over new stimulus measures announced by the central bank and the government.

China’s CSI 300 index .CSI300 climbed 0.4 percent and looked set to end the week 0.3 percent higher. The Shanghai Composite .SSEC was little changed, poised for a 0.1 percent weekly gain. China will release a flurry of data over the coming week.

The BoE said it would take “whatever action is necessary” to achieve stability in the wake of Britain’s vote to leave the European Union.

“BoE Governor Mark Carney’s assessment of the post-Brexit U.K. economy was very negative, predicting the unemployment rate will rise from 4.9 percent to 5.5 percent over the next two years despite the new stimulus,” Angus Nicholson, market analyst at IG in Melbourne, wrote in a note.

“That makes it very likely that further cuts to the policy rate and expansions of the BoE’s other easing measures will be forthcoming over the coming months, providing further downside risks to the pound,” he said.

The U.S. Treasury 10-year note yield US10YT=RR was little changed at 1.4972 percent after dropping 25 basis points overnight during a broad post-BoE rally in bond markets, which took the 10-year gilt yield GB10YT=RR to a record low of 0.639 percent.

Yields on euro zone bonds such as German bunds also tumbled on Thursday as bond prices rose after the BoE news.

The declines in yields was “probably on speculation that the deterioration in the pound could well see policymakers at the (European Central Bank) and the Federal Reserve push back on the appreciation of their currencies as the race for a competitive currency continues,” Michael Hewson, chief market analyst at CMC Markets in London, wrote in a note.

Wall Street ended Thursday little changed ahead of the jobs report, which will be scoured for clues as to whether it is strong enough to support a Federal Reserve rate hike as early as September.

“Based on our analysis, the payroll growth in July is likely to be pretty strong,” said Ayako Sera, market strategist at Sumitomo Mitsui Trust Bank. “I expect a figure above 200,000. That should be positive for the dollar.”

While the rally fizzled out on Friday, prices remained well above 3-1/2-month lows hit earlier this week.

The Australian dollar hovered near a 3-week high, after the Reserve Bank of Australia said core inflation is likely to remain below target until 2018, leaving the door open to more policy easing following the cut in its benchmark rate to an all-time low of 1.5 percent this week.

The futures market is pricing in a 50-50 chance of another cut by year end.