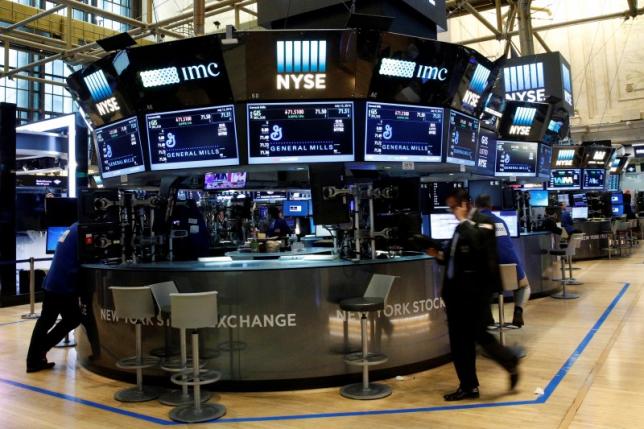 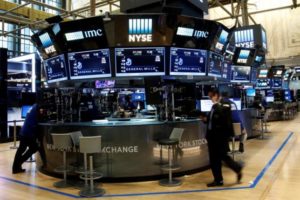 The benchmark S&P 500 and the Dow scaled new highs yet again as JPMorgan’s strong results on Thursday set an upbeat mood for earnings and spurred a rally in financial stocks.

JPMorgan (JPM.N), the biggest U.S. bank by assets and the first among its peers to issue results, reported a much better-than-expected rise in quarterly revenue.

The materials index .SPLRCM gained 0.85 percent, boosted by Monsanto’s  3 percent increase after Bayer  raised its offer for the seed company.

“We saw a significant beat from JPMorgan and that’s helping the psychology of the market,” said Art Hogan, chief market strategist at Wunderlich Securities in New York.

“With the weaker dollar helping commodities and better-than-expected economic data, the market is taking the path of least resistance with an upward bias.”

Expectations of more central bank stimulus has contributed to stocks’ gains. The view that the U.S. economy is on solid footing, as well as reduced political uncertainty in Britain and Japan, have also buoyed stocks.

Earnings at S&P 500 earnings are expected to have fallen 5 percent in the second quarter, but analysts expect steady growth through the rest of the year, according to StarMine.

That should calm investors nervous about the index trading near 17.3 times forward 12-month earnings, above the 10-year median of 14.7 times.

Results so far have been reassuring. KFC owner Yum Brands (YUM.N) rose 3.6 percent to $88.86 after its key China business showed signs of strength.

Japanese messaging app operator Line Corp (LN.N) soared as much as 36 percent in their debut.

Traders say if data continues to point to momentum in the economy, the Federal Reserve could raise rates later in the year.