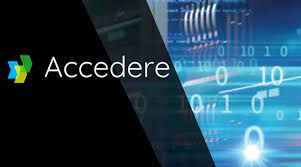 E.com Infotech Limited informed that it is thrilled to introduce the TrailBird UAV designed and manufactured by Accedere’s subsidiary Freebird Aerospace India Pvt Ltd at the Defence Expo 2022 (#DefExpo2022). The expo is to be held between October 18 to October 22 at Gandhinagar, Gujrat.

TrailBird UAV is designed and manufactured in India. It is a vertical take-off and landing (VTOL) fixed-wing unmanned aircraft utilised for sophisticated multi-sensor intelligence, surveillance, and reconnaissance (ISR) capabilities with real-time imagery in both day and night.

It has a range of 85 kilometres and an endurance of 55 minutes. TrailBird’s runway independence makes it perfect for multi-mission operations. TrailBird can be put up and operated in less than 15 minutes and does not require any launch or recovery equipment.

TrailBird has fully autonomous flying modes and can fly at high heights. The TrailBird’s weight of less than 3 kg makes it incredibly portable and tactical.

An ancient scarab from three thousand years ago was surprisingly discovered during a school trip to Azor, near Tel Aviv, Israel. The scene depicted on [...]
Read More
2 Dicembre 2022 13:06 Giancarlo Elia Valori 42
Main Partner

Russia to Rely on 'Shadow Fleet' of Oil Tankers
Whether the world’s biggest crude exporter succeeds in skirting new harsh sanctions starting Monday depends on a non-Western aligned fleet.
A Central Bank That Raised Rates Early Now Talks Up Recession
The Reserve Bank of New Zealand is encouraging households to cut spending in a bid to quash expectations for more ...
U.S. and Europe Gird for Trade Spat Over Washington's Push for Domestic Investment
European officials say subsidies in the Inflation Reduction Act threaten the region’s economy as it teeters on the verge of ...
G-7 Nations Agree to Cap Russian Oil at $60 a Barrel
The move came just hours after the European Union united behind the figure, as Western nations try to curb Moscow’s ...
The Russian Billionaire Selling Putin's War to the Public
Yuri Kovalchuk, with vast holdings in banking and media, is helping his longtime friend Vladimir Putin tighten the Kremlin’s grip ...
China Turns to Well-Worn Playbook to Keep Protesters Off Streets
Authorities move to address the demands of protesters by signaling an easing of strict Covid-19 policies and by deploying police ...