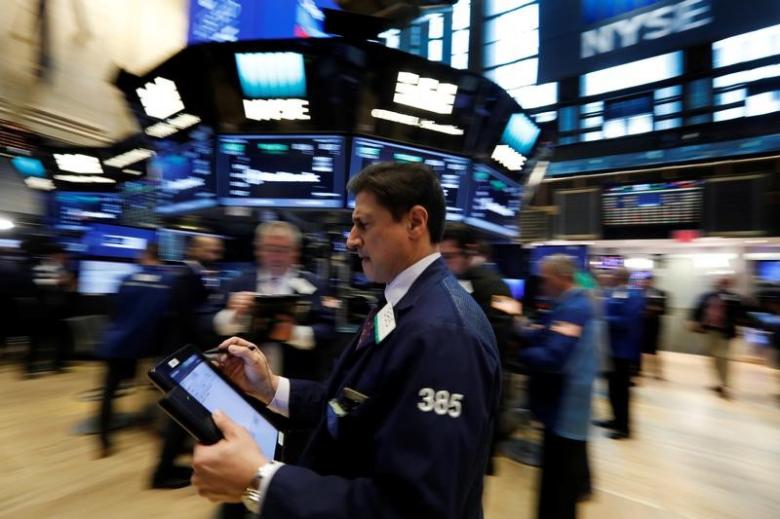 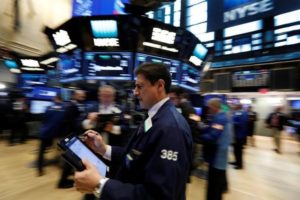 Up 32 percent since the election of Donald Trump, the S&P 500’s bank index .SPXBK has outpaced the wider market’s gain by roughly 3-to-1. Now, however, a changing dynamic in the bond market as the U.S. Federal Reserve gears up to raise interest rates at a faster pace than many had previously expected is beginning to give pause to some early bank stock bulls.

With another strong U.S. jobs report in the books, the Fed is widely expected to raise overnight interest rates on Wednesday, and is now seen delivering three rate hikes in 2017.

Rising rates can boost bank profits, but bank profitability also hinges on the difference between short-term rates, like those set by the Fed and which tend to mark the cost for banks to acquire their funds, and long-term rates, which serve as benchmarks for what banks charge their customers for loans.

When that difference, or spread, is large, bank profits can rise rapidly. When it narrows, or flattens, profit growth can suffer.

At issue now is what some investors see as a growing risk of a flattening yield curve under a more aggressive rate-hike path by the Fed. Forwards pricing for 2- and 10-year Treasury yields suggests the spread between them will narrow to about 93 basis points by year-end from the current 122 points.

That is why Jeffrey Gundlach, chief executive officer at DoubleLine Capital and an early buyer of the Trump rally, said he has sold his financial stocks.

“When the Fed tightens more than once a year, historically it is very consistent with a flatter curve,” Gundlach said. “The yield curve won’t help the sector.”

In the month after the Nov. 8 U.S. Presidential election the S&P 500 bank index rose 24 percent. Since then the stocks have risen 5.7 percent as many investors awaited concrete signs of regulatory and tax reform.

“Post-election, that was the easy money on financials right there,” DoubleLine’s Gundlach said.

MORE THAN JUST THE CURVE

To be sure, the bank rally has been grounded on more than just rate hike expectations and yield curve forecasts. Investor interest has also been stoked by assumptions about Trump’s agenda in Washington.

Investors have been betting that Trump’s promises of tax cuts would boost consumer spending and company profits, which would drive loan demand. Meanwhile, his promise to slash regulations could also cut compliance costs and allow banks to expand their loan portfolios more rapidly than possible under restrictions imposed following the financial crisis.

That is among the reasons why David Lebovitz, global market strategist at J.P. Morgan Asset Management, still expects more gains for financial stocks.

Even if regulatory and tax reform looks like it will take a long time, investors will likely be patient as long as Trump’s administration provides more specifics on its plans including timetables, Lebovitz said.

But he cautioned that “disappointment on the policy front is the biggest risk” to stocks right now as investors have priced in policy changes already.

Paul Nolte, portfolio manager at Kingsview Asset Management in Chicago, said that the bank sector’s outperformance may be “done” but stopped short of calling for a correction.

“I’m not sure investors are looking at the shifting yields and market conditions. It seems to be buy and worry about the ‘why’ later,” he said.