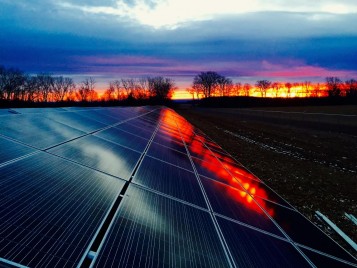 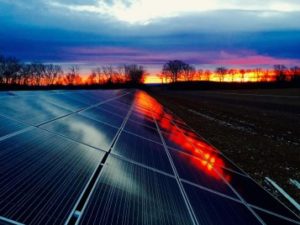 Solar power is growing increasingly accessible for businesses as well as consumers.  The technology is improving, solar is being pushed by local, state and federal regulators and companies see the financial and public relations benefits of this form of energy.

EnergySage this week said that BlueWave, Renew Financial and Wunder Capital became lenders in the company’s solar marketplace. This, EnergySage says, will broaden the financing options for both commercial and residential participants.

The addition of the three outside entities, according to EnergySage, gives commercial and residential shoppers more options. The idea, according to the press release, is to create a scenario similar to car financing in which buyers can finance through the dealership or use a bank or credit union. The bottom line is that the financing infrastructure behind solar becomes more robust and competitive.

Next week, the company is expected to announcement what it says is the first community solar marketplace.

The reality is that things are changing for the better as solar methodically moves from the periphery to the mainstream of energy generation. “[A]s solar equipment and installation costs continue to fall and as better solar loan options become available, system ownership has become much more accessible,” wrote Aaron James, EnergySage’s Vice President of Network Partnerships in response to emailed questions from Energy Manager Today. “As a result, we’re seeing a growing number of lenders enter the commercial solar market. Banks are increasingly confident in the technology and are more likely to offer solar loan products at favorable rates, while also standardizing contracts and terms.”

James indicated that business projects are gathering steam. “While residential has seen the most progress, the uptick in lenders along with better terms and interest rates is helping the commercial sector become much more competitive,” he wrote. “We see a lot of lenders entering the EnergySage Solar Marketplace that are specifically interested in serving the commercial sector. We expect this to continue, as financing for commercial projects becomes easier and more accessible.”

It is well known that the big companies are making renewables – solar chief among them – into a core part of their energy strategy. Fortune reported last month on research by the Solar Energy Industries Association that found Target has passed Walmart as the user of the most solar power in the United States. Other big solar proponents are Prologis, Apple (which wants to be a solar energy wholesaler as well), Costco, Kohl’s and IKEA, the story says.

Though the big companies have the big names, small- and medium-size businesses are expanding in solar as well. The U.S. Department of Agriculture, for instance, has made $400,000 available to six small businesses in Maine to enable them to integrate renewables into their energy program. The fact that the announcement is so mundane and unexciting is proof of how far solar energy has come.

Though much has been accomplished, the road ahead will not be without its challenges.

At this point, there is almost universal uncertainty about the specifics of the Trump administration on many things, including solar power. It may be encouraged, discouraged or ignored. “There are some indications that the result of the presidential election will increase interest rates more broadly,” James wrote. “This could challenge lenders seeking to maintain favorable rates for solar installations. We expect innovation and expansion in commercial solar lending to continue over the next 12 months, hopefully in a direction that favors the long-term viability of the sector.”