The firework and the damage 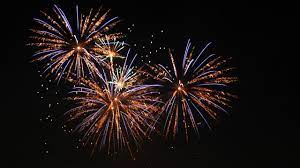 Why China’s rising debt might not be as bad as we think
Exclusive: China captures powerful US NSA cyberspy tool
China: does his IA generative

During the New Year’s day the people celebrate this day, because it’s finish a year, and start an other year, during this celebrate the people use firework, and there are beatiful, but in the same time cause dameged for people, who can used them, andthey frighten the animals.

The pyrotechnics were born in China to discovered, for monks, around the year 1000, despite of the discovery of the gunpowder, called as gunpowder dark, and gunpowder pirica.

In Europe the first factories of the pyrotechnics fires started in German between 1341 and 1348.

The fires are more dangerous, and is necessary on a precautianal used for the people, because would cause seriosly consequence, and are more dangerous for the animal, that in this case would be feel threatened.