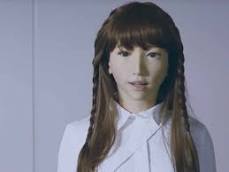 The University of Kyoto has realized a robot for three years, similar as a human, that it learn to talk, and smile in the exact moment of the conversation.

The robot is called Erica, that was a revolution, because is the first robot, that it can try emotions and it is an occassion to teach empathy an artificial intelligence.