How social media has changed the way that brands work 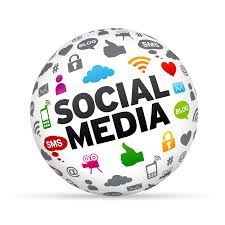 Yes, the tech giants are big – in truth, probably too big to break up
Paying without cash, card or mobile devices is now a possibility.
Mercati, due i protagonisti: inflazione e criptovalute. Che succede oggi?

When I first signed up to Facebook, I thought very little of it. I merely saw it as a way to connect with my friends online (as of course is the advertised purpose of social media). I have to admit that I never really stopped to think about how social media had just taken me right into the hands of brands that previously had no knowledge of my existence and would certainly not have been able to collect my personal data any other way.

It was only very recently, when working on a series of small companies of my own, that I have been completely overwhelmed by the power of social media. It allows brands to reach an astoundingly large audience whilst doing very little and, in some cases, spending next to no money. This would never have been the case in the days before the Internet and social media. This raised a few questions in my mind and really made me reflect on two key ideas; how has social media altered the way brands work? And how has this huge increase in online marketing affected the way that we, as consumers, view the companies behind the brands?

Brands can now directly access a huge network to positively edit their public image. Not so long ago the only way brands could get information to the masses was via third party news companies and television advertising. This would either be very costly – in the case of television advertising (for example, should you currently wish to advertise in a late peak time slot between 8-11pm on Channel 4 you can expect to pay approximately £7,500 for just 30 seconds of advertising) – or very risky, should the media choose to portray the brand in a negative light, like how the press covered the VW US emissions scandal.

Thanks to social media, many brands have been viewed in a significantly more positive light due to the control given back to brands and their ability to launch huge, positive advertising campaigns. The media even has less control over press releases thanks to social media, as shown by IBM’s news Twitter account – which is specifically designed to release the brands latest news without the worry of negative criticism from the press. This means that brands are able to balance out any negative opinion of themselves through social media posts, hopefully creating a more positive and attractive public image – something that would not have been so easy in the time before the Internet.

Although, if you look slightly deeper into the idea that companies can release as much information into the world as they like for very little financial cost then you could argue that the value of the information released has completely diminished. Therefore people disregard a lot of information that brands put out on their social media channels, effectively rendering it useless due to the sheer quantity of advertising saturating social media nowadays.

This creates an interesting conflict of interest for the larger brands, as in order to maintain maximum engagement from the public they need to be posting regular high quality content without inevitably spamming and annoying users. This completely undermines the reason for the brand joining a social media network in the first place and could result in the loss of regular customers in the long run, so social media can be great for impacting public opinion positively, but there’s always the potential for this to go wrong.

Another feature of social media is the way that it is actually able to manipulate the functionality of brands. This can have some negative implications when it ends up changing the motives of a company, for example if a large company moves to social media in order to harvest data as opposed to creating a positive image. Social media can provide a very easy front for big companies to get information from internet users that would not usually be readily available, showing that social media can provide company benefits that are not necessarily positive steps for people’s privacy.

On the other hand, many companies move to social media to reinvent their brand and create a more youthful, updated look in order for the company to stay relevant. This was executed perfectly by Fortnum and Mason who have successfully generated over 41,000 followers on Twitter, showing that even companies that have been around since 1707 are able to draw on the younger generations through social media.

Some brands are able to harness the power of social media to solve problems customers have with products, which can sometimes mean having some fun too, just look at Sainsbury’s impressive use of puns in response to a complaint about fish. Research by Twitter found that 77 per cent of users who receive a reply from a brand feel more positive about the brand.

How social media has affected my brands

As a business owner, I have felt the positive effects that social media can create. It is seen as a magical platform that can help your brand build a strong name for itself, create a positive reputation and generate sales for products on an unparalleled level, as I saw with the Deltoid Bags Twitter account. By engaging with other Twitter users we have been able to find people interested in working with us to create a stronger brand as well as potential users of our backpacks, which has led to increased traffic on our website enabling us to create natural growth before we have even released our first product.

Social media has changed the way that small businesses work as it has given them more opportunity to gain exposure and find people that can help their growth through what is effectively free advertising. However, small companies can often fall into the trap of spending a lot of money to try to create engagement, rather than using the tools effectively so that engagement is authentic.

Essentially, social media, if used in a sensible and effective way, can alter brands for the better and be a company’s strongest asset when it comes to improving the way the public views them. There will, of course, always be companies using social media for their own gains – but that’s a risk that users have to take when signing up to these services. However, more and more brands are beginning to understand the power of social media in engaging with the public on a larger scale than would have been possible before these sites were launched. As such, modern brands have changed the way that they operate on a daily basis and there is now a major focus on maintaining a strong presence on social media.

Japan's Economy Shrinks Slightly in First Quarter
The country’s gross domestic product fell at annual rate of 1{e0c77421e6571265ef9dba4b929374a0a3c2997f3e8ac921c6884905fbc67549} owing to Covid-19 restrictions, but an upswing is expected ...
Mariupol's Last Defenders Yield, Ending Long Russian Siege
Completing the capture of Mariupol is a long sought victory for Russia, and Ukrainian soldiers are being taken from the ...
U.K. Threatens to End Key Part of Brexit Deal
The British government threatened to tear up an important part of its Brexit divorce deal with the European Union, saying ...
China Eastern Black Box Points to Intentional Nosedive
Flight data suggests that someone in the cockpit of the Boeing 737-800 that crashed in March put the aircraft into ...
How Germany Is Racing to Sever Dependence on Russian Energy
Europe’s largest economy is scrambling to find new suppliers and invest billions in infrastructure to reverse decades of policy in ...
Hezbollah-Led Coalition Loses Seats in Lebanon's Election
Hezbollah and its allies lost their parliamentary majority in the Lebanon’s first election since the 2020 Beirut port explosion, in ...