Yugoslavia in the past and Serbia today: legacy and succession in the history of a tragic and bloody test 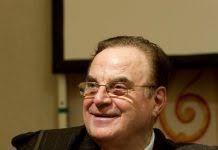 A careful analysis by Rijeka’s Professor Carla Konta in her essay US Public Diplomacy in Socialist Yugoslavia, 1950-1970: Soft culture, Cold Partners tells us that the Stalinist excommunication of Tito prompted the Yugoslav leader to turn to the West in search of alliances, as well as the financial and technical-military support necessary for the survival and growth of the country. As soon as the severity of the Soviet-Yugoslav crisis became evident, the logic of the Cold War led to the Western bloc’s immediate support for Belgrade. In the 1950s Yugoslavia became the US “communist’ partner and the large amount of aid from Washington – granted in the form of foodstuffs, non-repayable funds, financial credits, loan instalment deferrals and technical-military assistance through the CIA (1947), the Mutual Defense Aid Program (1949), etc. – turned Tito’s regime into a clear ally of the White House, and at the same time also a fifth column within the socialist line-up in developing countries.

I therefore add that Yugoslavia placed itself at the West’s disposal, but without undermining its socialist appearance. It was natural that it was essential for Belgrade to maintain the form of government as an independent State both vis-à-vis its own peoples and vis-à-vis the countries of the Non-Aligned Movement and the Third World. In the grand scenario fiction, Yugoslavia did so by not joining NATO, but at the same time without relinquishing essential subsidies for the modernisation of its army

that made it one of the most powerful and steadfast armies worldwide. So much so that in 1980, when Tito died, Yugoslavia was one of the ten largest arms exporters in the world. According to official figures, 72% of the currency needed to buy other armaments was acquired through that trade. In view of encouraging sales, as early as 1970, a permanent exhibition had already been set up in Nikinci, a village near Šabac – a town and municipality in the Mačva district in north-west Central Serbia, on the border with Vojvodina and Bosnia and Herzegovina, situated on the banks of the Sava river. There, potential buyers could also test weapons on a shooting range. Every year, 300/400 delegations made a stop there, two thirds of whom coming from abroad.

It should be added that this ludus scenicus lasted as long as the Wall remained standing. After its collapse, Yugoslavia was no longer of any use to the White House, and the peoples that made up that State – which the pro-Tito and pro-foibe politically correct, simple-minded and servile propaganda of the Italian Communist Party claimed they loved each other in a sort of Paradise on Earth – began to tear each other apart in a way that the war between Russia and Ukraine is still a far cry from that. Just recall Slovenia’s war of independence (1991); Croatia’s four-year war of independence (1991-95); the three-year ethnic and religious war in Bosnia and Herzegovina between Croatian Catholics, Bosnian Muslims and Serbian Orthodox (1992-95); and finally the two-year war for the independence of the Kosovo Albanians (1998-99). The war was not at the gates of Europe as it is today, but in Europe and on our doorstep. A total of ten years of war from 31 March 1991 to 12 November 2001.

In a Europe that is weak and without an army, rich only in talk and cheap moralism, we want to forget that the wars in socialist Yugoslavia are described as Europe’s deadliest armed conflict since World War II. The Yugoslav wars were marked by countless war crimes, including genocide, crimes against humanity, ethnic cleansing and mass rapes. The Bosnian massacres were the first European war event to be formally classified as genocidal in nature since the crimes of the German Third Reich, and many key figures from the former Yugoslavia who perpetrated them were subsequently charged with war crimes. The International Criminal Tribunal for the former Yugoslavia (YCTY) was established by the United Nations in The Hague, the Netherlands, to prosecute all those who had committed war crimes during the conflicts.

According to the International Centre for Transitional Justice (ICTJ), the Yugoslav wars caused the death of 140,000 people – just a few kilometres from the Western countries of influential European leaders – while the Centre for Humanitarian Law estimates at least 130,000 victims. During those ten years, the conflicts also caused severe humanitarian and refugee crises. Today, however, an attempt is being made to forget an event favoured by European powerlessness and the expediency of some countries that are currently EU Member States which at the time, for the sake of partisan interests, favoured and recognised the independence of certain components of the decaying Yugoslavia, hurting the susceptibility of Belgrade and the Serbian component.

What remains, however, of the Yugoslav legacy for Serbia today? After the secession – between 1991 and 1992 – of four of the six constituent republics of the Socialist Federal Republic of Yugoslavia (Socijalistička

In 1992 the UN Security Council – with Resolution 777 of 19 September – and the UN General Assembly – with Resolution 47/1 of 22 September – decided not to allow the new Federal Republic of Yugoslavia (FRY) to sit in the General Assembly under the name “Yugoslavia” due to the fact that the SFRY had dissolved. The Federal Republic of Yugoslavia (in 2003 renamed the State Union of Serbia and Montenegro) was admitted as a new member of the United Nations on 1 November 2000. In May 2006 Montenegro declared its independence and Serbia has ever since continued to hold the seat of the former State Union of Serbia and Montenegro.

It is good, however, to revert to the issue of the succession of the former Yugoslavia, with a view to better understanding how that test – inaugurated on 1 December 1918 (Kingdom of Serbs, Croats and Slovenes), officially recognised in the aftermath of the 1919 Versailles Peace Conference at the end of World War I, and strengthened at the conclusion of World War II at the Yalta Conference – was rejected and detested by the peoples comprising the former Federation to the point of erasing its name from history.

The first negotiations on the succession issues of the former Socialist Yugoslavia began in 1992 within the framework of the Working Group of the Peace Conference for Yugoslavia, which had opened on 7 September 1991. The agreement was initially blocked by the insistence of the aforementioned Federal Republic of Yugoslavia (Serbia + Montenegro) that it was the exclusive legal and political successor to Socialist Yugoslavia, as well as the owner of all State property of the former socialist federal government, and that it was only willing to relinquish part of that property as an act of good will. The Federal Republic of Yugoslavia tried to interpret the disintegration of socialist Yugoslavia as a process of serial secessions and not as a complete dismemberment of the previous State. Its interpretation, however, was rejected outright by the other former Yugoslav republics.

Instead, the Arbitration Committee of the Conference for Yugoslavia (commonly known as the Badinter Arbitration Committee) recommended a division of assets and liabilities based on the principle of equity and even referred to the 1983 Vienna Convention on Succession of States in respect of State Property, Archives and Debts (not in force at the time, signed by only six Member States, including Socialist Yugoslavia). That proposal was unacceptable to the Federal Republic of Yugoslavia, which therefore motivated the International Monetary Fund to develop an alternative key model that included the economic power of the republics and their contribution to the federal budget, which was accepted by all. The key model was defined and saw the Federal Republic of Yugoslavia accounting for 36.52%; Croatia for 28.49%; Slovenia for 16.39%; Bosnia-Herzegovina for 13.20% and Macedonia for 5.20%. An agreement was

also reached on gold and other reserves at the Bank for International Settlements.

After the end of the NATO bombing of Belgrade, Serbia and Montenegro – followed the subsequent year by the demise of Slobodan Milošević (5 October 2000) – the successor States reached their agreement. In 2001, with the support of the international community, five countries (Slovenia, Croatia, Bosnia and Herzegovina, the Former Yugoslav Republic of Macedonia – now North Macedonia – and the Federal Republic of Yugoslavia [Serbia + Montenegro]) signed the Succession Agreement. They definitively confirmed that five equal sovereign successor States had been formed after the dissolution of the former Socialist Yugoslavia. The agreement came into force on 2 June 2004 when the last successor State ratified it. The agreement was signed as a comprehensive treaty that included annexes on diplomatic and consular property, assets, financial interests and liabilities, archives, pensions, other rights, as well as private property and vested rights. Following the subsequent dissolution in 2006 of the State Union of Serbia and Montenegro (one of the aforementioned five successor States), the two countries agreed on the sole Serbian succession of the rights and obligations of their former Federation.

The tragic legacy of the Yugoslav “Paradise on Earth” was erased forever.