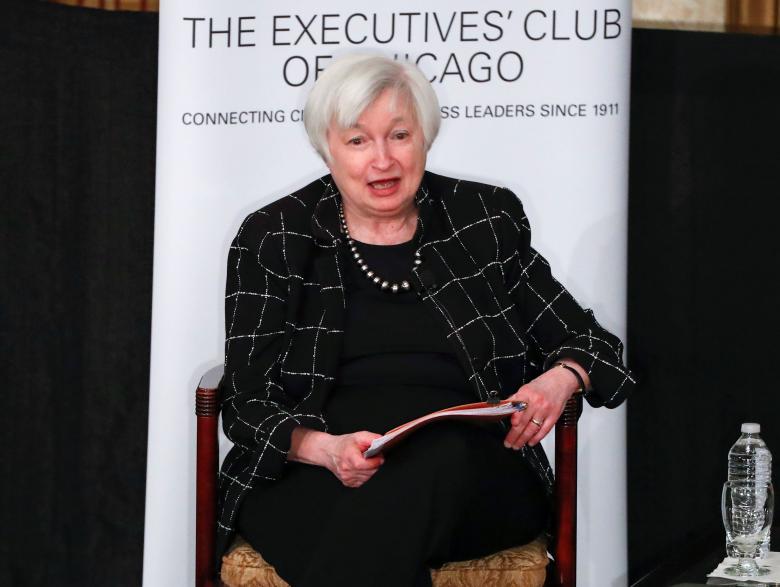 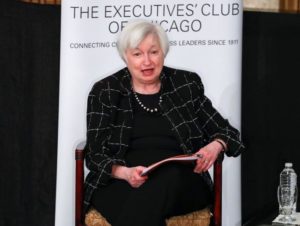 Early last week, financial markets saw just a 30 percent chance of the Federal Reserve raising interest rates in March; but by Friday after a striking series of comments from Fed officials, including Chair Janet Yellen, traders saw an 80 percent chance.

But policymakers had to ensure that global markets were indeed ready for a rate increase as soon as its next policy meeting on March 14-15, and further rises later this year, after a series of false starts in 2015 and 2016.

The U.S. central bank prefers to have market expectations aligned with its own policy plans. Of the 27 rises in interest rates of a quarter of a percentage point since 1991 only three occurred with a market probability forecast of less than 60 percent a month beforehand, research from U.S. bank, Wells Fargo , research showed.

“We didn’t clearly see how the balance of risks was shifting, so they have to slap our faces, and say, ‘Look, you are missing the point’,” said Tim Duy, an economics professor at the University of Oregon.

U.S. economic data had been improving in recent weeks as the Fed forecast, and the jump in U.S. stock prices, alongside improved consumer and business confidence readings, provided an opening to hike rates without overly rocking markets, public and private comments by Fed officials suggested.

A series of previously scheduled speeches by Fed officials, as well at least two television interviews without prepared remarks, gave the Federal Reserve the platform it needed to alert markets before the traditional “black out” period went into effect ahead of the March 14-15 meeting.

The result: over the course of four days Fed policymakers successfully shifted market expectations for perhaps only two rate rises this year to fully expecting three, and perhaps more, according to Reuters data.

New York Fed President William Dudley, whose branch of the U.S. central bank serves as its eyes and ears on Wall Street and who generally spends a couple of hours a week planning policy with Yellen, played a key role in orchestrating the messaging.

Dudley gave markets an initial jolt when he said in a television interview that “animal spirits had been unleashed.” By the time of Yellen’s speech on Friday, five other policymakers had also flagged a March rate hike.

“It was pretty extreme in that they left little doubt,” said David Stockton, a senior fellow at the Peterson Institute for International Research and a former chief economist at the Fed. “Moving now gives them more optionality for three or even four hikes this year.”

In December last year the Fed had telegraphed the likelihood of at least three rate rises in 2017, but few believed the U.S. central bank would follow through. After all the Fed had over-promised two years in a row, forecasting more rate hikes than they delivered.

The minutes of the Fed’s Jan. 31-Feb. 1 meeting showed many policymakers were coalescing around the need for a rate hike “fairly soon” with language nearly identical to the “relatively soon” phrasing the Fed had used the last two times to signal an imminent hike. Yet markets oddly reacted by trimming, not boosting, expectations for a March rise.

So last week, the time had come to bring out the big guns. Fed governors Lael Brainard, Jerome Powell and Vice Chair Stanley Fischer all helped drive the blunt message that, barring some unexpected shock, a rate hike would come soon.

Other policymakers echoed those sentiments, both publicly and privately, but also nodded to the need to get markets in line with Fed intentions.

Michael Gapen, chief economist at Barclays, said: “A little messaging got the markets where the Fed wanted it, without adverse consequences.”