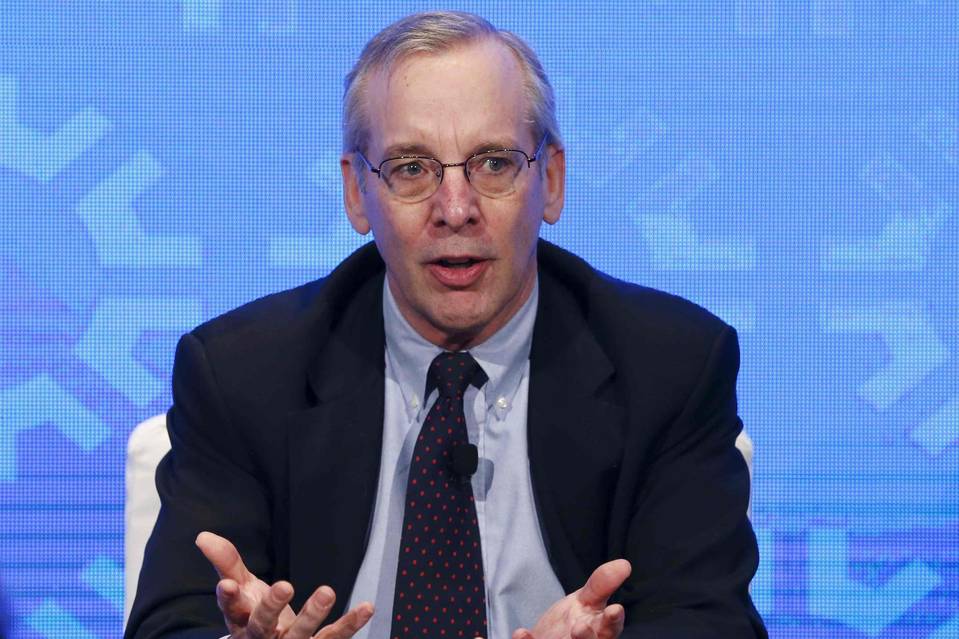 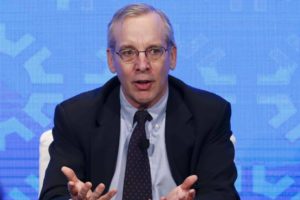 Federal Reserve officials are trying to signal that another rate increase is likely while at the same time questioning whether the economy can expand fast enough to justify lifting them much beyond that.

It is a confusing combination that is sapping the Fed’s influence over markets.

The dollar dropped on Tuesday to its lowest level since late June against a basket of currencies, even after two Fed officials signaled that the central bank still is leaning toward an interest-rate increase before the end of the year. The dollar tends to rise against foreign currencies when investors anticipate a U.S. rate increase, reflecting the expectation that bond yields and investment returns will rise.

Federal Reserve Bank of New York President William Dudley said Tuesday that the economy should strengthen in the second half of the year and that the presidential election won’t factor into the Fed’s decision to raise interest rates. Atlanta Fed PresidentDennis Lockhart said he could envision a rate increase by the end of the year.

The decline in the dollar sends a powerful signal that investors believe soft economic growth around the world will limit the Fed’s capacity to tighten policy as promised. If borne out, the trend for now could help support this year’s rallies in the Dow Jones Industrial Average, which hit a high Monday before declining 84 points Tuesday, and government bonds, whose yields have tumbled to lows. Yields fall when bond prices rise.

Fed isn’t the first central bank that investors have questioned this year. The Bank of Japan’s efforts to weaken the yen haven’t had much success, despite the introduction of negative interest rates. The European Central Bank had similar problems earlier this year containing the strength of the euro. The disconnect reflects how the long period of low or negative interest rates has created dislocations in financial markets that have become difficult for central banks to contain and may be making markets more volatile.

Minutes of the Fed’s last meeting, due Wednesday, could send a fresh signal of the central bank’s willingness to raise rates. When the year began, many Fed watchers were bracing for the central bank to raise rates four times. But a wide range of economic measures, ranging from gross domestic product to productivity to inflation, have fallen short of expectations this year, restraining policy makers from pushing up U.S. rates and bolstering returns in riskier assets.

Lately, some members of the Fed have shown signs of coming around to the “lower-for-longer” view that has been evident in interest-rate markets in recent months.

San Francisco Fed President John Williams on Monday suggested studying the possibility of raising the Fed’s inflation target above 2% or moving away from an inflation target and targeting prices or economic growth instead.

“There’s been a huge gulf between the Fed and the market’s expectations,” said Paresh Upadhyaya, director of currency strategy at Boston-based Pioneer Investments. “The Williams paper…is finally now providing the justification for the Fed to come more in line with where the markets have been all along.”

The WSJ Dollar Index, which measures the greenback against 16 other currencies, on Tuesday fell to its lowest level since the U.K.’s June 23 vote to leave the European Union.

A Labor Department report showing U.S. consumer prices remained flat in July added fuel to the dollar’s decline. The Fed has cited weak inflation as a reason to remain cautious on rate increases.

Despite many investors’ skepticism, there are signs the recent Fed speeches may be having the desired effect. 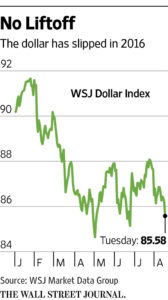 ederal-funds futures, used to place bets on central-bank policy, are showing a 55% chance that the Fed raises rates by its December meeting, according to CME Group Inc. data, up from 42% on Monday.

At the start of 2016, investors thought there was a 94% chance of a rate increase by year-end.

Mr. Williams isn’t alone at the Fed in suggesting that it is reassessing the economy’s long-term growth prospects.

Federal Reserve Bank of St. Louis PresidentJames Bullard, who has been one of the most reluctant Fed leaders to raise rates, in June forecast a slower path for raising U.S. rates as productivity and economic growth remain slow.

“The Fed’s policies are clearly not working, and this is one of the reason’s why the dollar has been waning,” said Axel Merk, founder of investment firm Merk Investments LLC in Palo Alto, Calif. The central bank “does not have a clear vision. Investors have believed this for quite some time.”

In the process of developing and implementing AI technology, we need to be pragmatic and orderly. AI education intensifies the driving force for devel [...]
Read More
29 Settembre 2022 12:59 Giancarlo Elia Valori 27
Main Partner