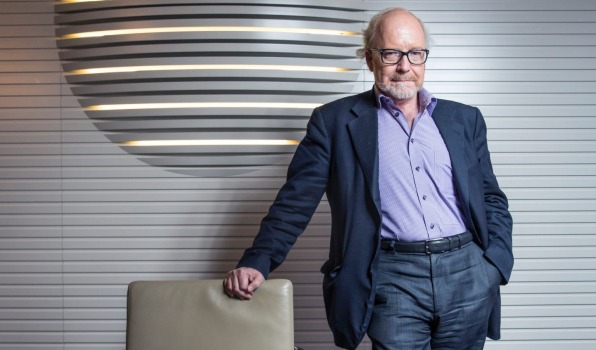 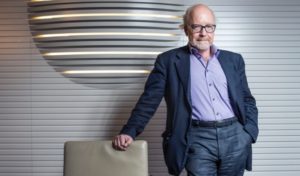 I’ve long been a fan of flows but, in the spirit of paradox, I’ve also been a fan of friction. But, wait a minute, friction slows down flows – how could I possibly favor both flows and friction?

Until recently, I hadn’t even been really aware of the paradox in my perspective, much less thought systematically about ways to resolve the paradox. I’m not sure I can fully resolve the paradox, but I want to use this posting to reach out and ask for help in exploring both the paradox and its potential resolution.

Let me first provide some context.

From stocks to flows

I’ve written extensively about the Big Shift that’s transforming the global business landscape. One of the key frameworks that I’ve used in describing the Big Shift is that we’re moving from a world of stock to flows. What I’ve meant by that is that business for the past several centuries at least has been organized around stocks of knowledge as the basis for value creation. The key to creating economic value has been to acquire some proprietary knowledge stocks, aggressively protect those knowledge stocks and then efficiently extract the economic value from those knowledge stocks and deliver them to the market.

The challenge in a more rapidly changing world is that knowledge stocks depreciate at an accelerating rate. In this kind of world, the key source of economic value shifts from stocks to flows. The companies that will create the most economic value in the future will be the ones that find ways to participate more effectively in a broader range of more diverse knowledge flows that can refresh knowledge stocks at an accelerating rate.

So, knowledge flows become the key to creating economic value. The good news is that we’re in a world where knowledge flows are expanding and accelerating at an exponential pace on a global scale. This is happening for many reasons. A key factor is the deployment of rapidly improving digital technology infrastructures. Another important factor is the rapid urbanization of the world’s population. As we move into more and more dense urban settlements, there’s a significant increase in knowledge flows shaped by the growing interactions of people in these urban areas.

More generally, I’ve been heavily influenced by the Constructal Law developed 20 years ago by Adrian Bejan, a Professor at Duke University, who expressed the law in the following way: “For a finite-size system to persist in time (to live), it must evolve in such a way that it provides easier access to the imposed currents that flow through it.” In essence, he’s made the case that all kinds of systems ranging from our circulatory systems within our bodies to our cities to our planets evolve to enhance flow. In other words, flow is not only good, it’s essential to our survival and evolution.

The dark side of flows

So, then, what’s the problem? Well, too much flow could be a bad thing. Right now, we’re beginning to realize that all this connectivity enabling much richer flows on a global scale also has its downside. We’re all familiar with the flash crashes associated with high frequency trading on electronic markets. Stories of significant security breaches multiply as we become more connected. Extreme events cascade out of nowhere to disrupt activity on a large scale. It turns out that too much flow can make our systems more fragile.

There’s another indirect way that too much flow produces more fragility. As human beings, we have a natural tendency to seek out those who think and act like us.

We can see this play out in social media where we tend to hang out with people who are like us. As Bill Bishop, in his book The Big Sort so persuasively demonstrated, we have a growing tendency to settle in geographic neighborhoods where the people share our beliefs and values. The more we do this, the more our own beliefs and values are reinforced and the more resistant we become to the different beliefs and values of others. There’s growing flow because we really enjoy having the positive reinforcement that comes from frequent interaction with people who are like us and we are likely to more frequently engage with others from our community. It’s also efficient – we’re much more likely to come to agreement and act on something quickly if we all share the same basic perspective.

But, the problem is that the flow of interactions is more and more contained within the communities that think like us and we become less willing to engage with those who might challenge our beliefs. And, the more polarized we get, the more fragile we become as a society, vulnerable to falling into violence when faced with the slightest provocation.

So, how do we get more flow with less fragility? My instinct is that requires friction – institutional arrangements and personal practices that tend to slow down flows and reduce the likelihood that these flows will cascade into the breakdown of systems.

What do I mean by friction? I’m not really sure, but I have an instinct that it can take many different forms. For example, in the case of trading markets, it might take the form of buffers that require some reflection or more analytics before acting upon information.

In the case of individuals interacting with each other, productive friction might come from welcoming others with diverse perspectives and experiences as an opportunity to challenge our own beliefs and evolve to much more creative approaches than would be likely if we just interact with others who have similar perspectives. Sure, it might take us longer to come to some agreement or resolution, but the outcome would much more innovative and help us to learn faster. The key to keeping friction productive is to foster mutual respect for all the participants even though we might disagree on the topics or challenges under discussion.

But clearly not all friction is good – too much friction and friction of the wrong kind can flatten flows. Perhaps the key to focusing on the right friction is to shift our framework for thinking about flows. Too often, especially in the technology world, flows get reduced to data flows and the emphasis is on the efficiency and speed of the flow – how quickly can it get from point A to point B?

If the goal of expanding flows within our society and economy is to accelerate learning rather than to simply expand data flows, we might create a more useful framework for optimizing both flows and friction. What kinds of flows are generative, meaning that they promulgate even more productive flows over time? What kind of friction gives us opportunity for reflection and productive debate so that we can learn faster and come up with even more creative ideas and approaches over time?

Perhaps the old adage that to go fast, you must first go slow, has some merit here. Rather than just focusing on accelerating existing flows, maybe the key is to find ways to nurture the flows that can be most productive in generating even more flows over time.

I’m not sure about all of this, but getting the balance right between flow and friction will be key to building societies and systems that can accelerate performance improvement without exposing us to excessive fragility that increases the risk of collapse. In other words, it will be key to human progress.

What do you think? Are all flows created equal? If not, what forms of flows can be most helpful in helping us to achieve more of our potential, getting us to higher and higher levels of performance as individuals, as institutions and as societies?

Is all friction the same? If not, what forms of friction will help to reduce fragility while increasing our ability to learn faster as individuals, as institutions and as societies.

I need your help. Let the flow begin and let’s hope that some friction emerges as we seek more insight into the most effective ways to balance flow and friction.