Biden says there will be ‘extreme competition’ with China, but won’t take Trump approach

Biden said his administration was prepared for “extreme competition” with China but that his approach would be different than his predecessor. “I’m not going to do it the way Trump did. We are going to focus on the international rules of the road,” Biden told CBS in an interview. The tension between Beijing and Washington, the world’s two largest economies, soared under the Trump administration. 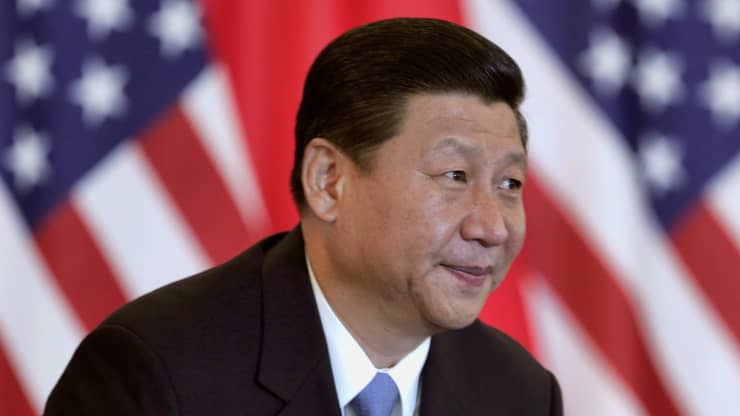 WASHINGTON – President Joe Biden said his administration was ready for “extreme competition” with China but that his approach would be different than his predecessor.

“I’m not going to do it the way Trump did. We are going to focus on the international rules of the road,” Biden told in a CBS interview clip published Sunday.

“We need not have a conflict but there is going to be extreme competition,” he added.

In his interview with CBS, Biden said that he had not yet spoken to China’s Xi Jinping since ascending to the nation’s highest office last month.

“I know him pretty well,” Biden said, explaining that as vice president he spent more time with Xi than any world leader has. “He’s very bright and he’s very tough and – I don’t mean it as a criticism it’s just a reality – he doesn’t have a democratic…bone in his body.”

The tension between Beijing and Washington, the world’s two largest economies, soared under the Trump administration. Over the past four years, Trump has placed blame squarely on China for a wide range of grievances, including intellectual property theft, unfair trade practices and recently the coronavirus pandemic, which has killed more than 460,000 Americans.

Last week, Biden said he would work more closely with allies in order to mount pushback against China.

“But we’re also ready to work with Beijing when it’s in America’s interest to do so. We’ll compete from a position of strength by building back better at home and working with our allies and partners,” the president said at the State Department.

Though Biden has not yet spoken with Xi, Secretary of State Antony Blinken talked for the first time with his Chinese counterpart, Yang Jiechi, over the weekend.

In a tense call, Blinken told Yang the U.S. would hold China accountable for its actions, particularly as it regards Taiwan. He also called for Beijing to condemn the recent military coup in Myanmar.

During his Senate confirmation hearing, Blinken told lawmakers that Trump “was right in taking a tougher approach to China.”

“I disagree, very much, with the way that he went about it in a number of areas, but the basic principle was the right one, and I think that’s actually helpful to our foreign policy,” Blinken said a day before Biden’s inauguration.

Biden Isn't Planning to Share Covid-19 Vaccines With Mexico
The Biden administration isn’t considering sharing its Covid-19 vaccine supply with Mexico, White House press secretary Jen Psaki said ahead ...
Father and Son Accused of Helping Ghosn Escape Are Taken to Japan
Michael Taylor and Peter Taylor haven’t denied helping the former Nissan Motor chairman escape, but they say they don’t think ...
Covid-19 Vaccine Program in U.K. Cut Deaths, Hospitalizations
One dose reduced the risk of hospitalization among people over 70 years old by 80{b9aeb6c4690bc5aba34278b79068c8b725be25989e458cad0d6f2f35219f2c6a} compared with those of a ...
Former French President Sarkozy Convicted in Corruption Trial
Nicolas Sarkozy was found guilty of trying to bribe a magistrate, becoming the first president in the history of France’s ...
In Nigeria's Largest-Ever Kidnapping of Schoolgirls, Gunfire, Screams, Anguish
Days after 317 girls were taken by gunmen from a school, some of those who managed to escape described how ...
Myanmar's Aung San Suu Kyi Faces New Charges
The country’s most popular political leader, who was ousted in a military coup, is entangled in a web of legal ...