Dollar firm in Asia, resource shares on the run 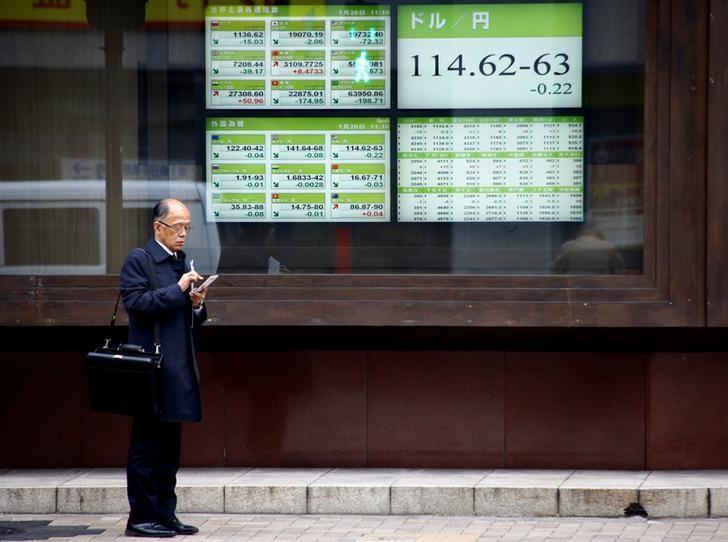 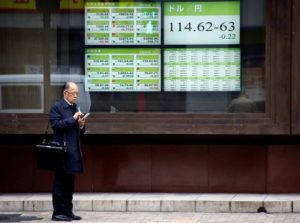 The dollar stood firm in Asia on Thursday and bond yields spiked after super-strong U.S. jobs data made a rate hike a near certainty, while oil struggled to find its footing after U.S. stockpiles swelled past all expectations.

Spread betters pointed to opening losses for European bourses, while the E-mini contract for the S&P 500 dipped a slim 0.03 percent.

Economic data out of China continued to surprise with consumer inflation coming in well under expectations at an annual 0.8 percent, largely due to falling food prices.

Yet producer prices still rose at the fastest pace since 2008, keeping alive hopes that China had stopped exporting disinflation to the rest of the world.

That inflationary pulse was timely given oil prices dived 5 percent on Wednesday to the lowest this year as U.S. crude inventories ballooned to a record.

Wall Street had been sideswiped by the retreat in oil, with energy stocks losing 2.5 percent in their worst performance since mid-September.

Tom Porcelli, chief U.S. economist at RBC Capital Markets, said the report was so strong it meant the payrolls report on Friday would have to be unbelievably dire to deter the Fed from hiking next week.

“There is almost no number that would stop them,” said Porcelli. “It would take an extreme event for the Fed to take a pass at this point.”

Indeed, he noted the ADP surprise meant there was a real chance payrolls could beat expectations, perhaps by a lot.

With a hike seemingly certain, and more likely over the year, yields on two-year Treasury notes climbed to 1.378 percent, the highest since August 2009.

That widened its premium over German debt to a meaty 220 basis points, the largest gap since early 2000. That is a burden for the euro that is likely to only get heavier as the European Central Bank seems wedded to its super-easy policy.

The central bank meets later Thursday and is considered unlikely to tighten until the latter part of this year or early 2018, a Reuters poll found last week.

The firmer dollar pressured a host of commodities from iron ore to copper, which touched a seven-week trough. [MET/L]

Spot gold was nursing a grudge at $1,204.90 having struck a five-week low as higher interest rates raised the opportunity cost of holding the non-yielding metal.