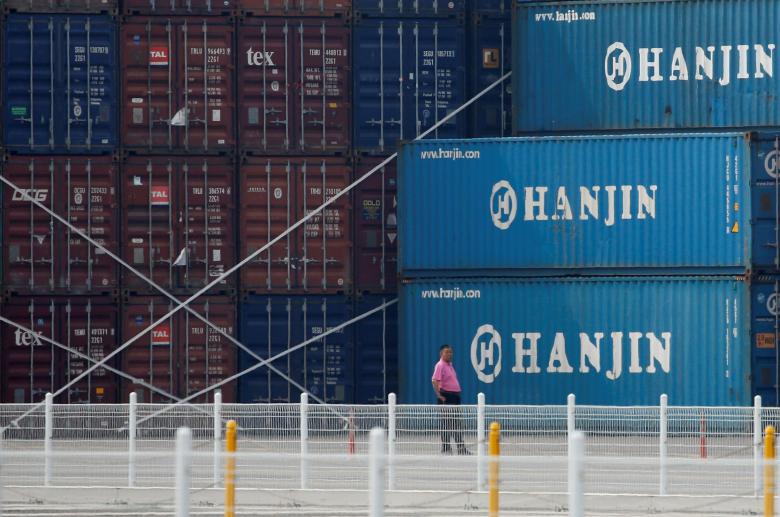 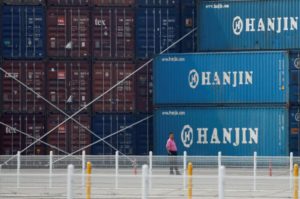 The collapse of Hanjin Shipping (117930.KS) will boost the cost to U.S. businesses and consumers of a wide range of imported goods, from furniture and clothing to fresh fruit and frozen meat, according to federal agencies, shippers and retailers.

With Hanjin’s future in doubt, carriers have announced they will hike container freight rates by as much as 50 percent beginning next month as retailers scramble to secure shipping ahead of the peak year-end holiday season, industry sources said.

United Parcel Service Inc (UPS.N) said on Thursday it is seeing a bump in demand for its freight services and is working with customers in Asia to shift goods from Hanjin containers to other ocean freight operators or air freight services. About $14 billion worth of cargo was stranded by the collapse of the seventh largest container carrier in the world.

“Right now, there is much more (freight) demand than there is supply. People are scrambling to find a carrier with space,” said Peter Friedmann, executive director of the Agriculture Transportation Coalition shipping industry group.

“But the biggest challenge right now is for people with cargo on Hanjin ships,” he said.

Cargo shippers have been forced to pay thousands of dollars in fees to terminal owners and truckers to reclaim their goods from Hanjin ships to prevent perishable foods from spoiling and to avoid losing sales because goods are not available when customers want them.

Hanjin would normally pay the fees for port usage and container handling as part of its freight services. With the South Korean shipper in receivership, it is unclear if shippers would recoup any added costs they pay out of pocket to retrieve their goods.

Singapore-based crop shipper Agrocorp International said that DP World, terminal operator at Port Metro Vancouver, last week held 24 containers, or 600 tonnes, of its Canadian lentils that were bound for India and Bangladesh, demanding a release fee of $450 per container.

Industry analysts expect the freight increases to be short-lived as more shipping capacity comes on line.

“The Hanjin ships are going to be off the market for the holiday seasons. It will take several months to sort through the legalities, but any rate increase will be temporary,” said David St. Amand, president of Navigistics Consulting.

In the short term, retailers are likely to take hits to their profit margins as they try to shield customers from any more price rises in a hyper-competitive retail market.

“We believe that (the Hanjin collapse) will likely increase our short to medium term ocean freight costs which will minimally impact product cost in all of our operating segments to varying degrees. However, inventory availability is good,” Paul Toms, CEO of Hooker Furniture (HOFT.O), said on an earnings conference call on Thursday.

Joe Parsons, CFO for Michael Kors (KORS.K), said from the Goldman Sachs retail conference on Wednesday that the company does not expect a significant long-term impact on its business. But “there is going to be some pricing pressure. At this point, we are continuing to evaluate it,” he said.

The American Apparel and Footwear Association said it expects gross margins to be pressured in the near term by the higher shipping prices and additional unloading fees.

Hanjin’s collapse could wreak havoc on port operations and shipping lines over the next two to three months and could impact trade between the United States and South Korea, the U.S. Department of Agriculture said in a report published on Thursday.

Container freight charges have more than doubled since May and could appreciate further, the agency said. The average cost to move goods in 40-foot containers from the U.S. West Coast to Asia was quoted at $1,700 this month, up from $788 in May.

San Francisco, California, March 27, 2017. Entrepreneur Elon Musk, one of the masterminds behind projects such as Tesla and SpaceX, announced his next [...]
Leggi di più
27 Giugno 2022 13:11 Giancarlo Elia Valori 74
Main Partner