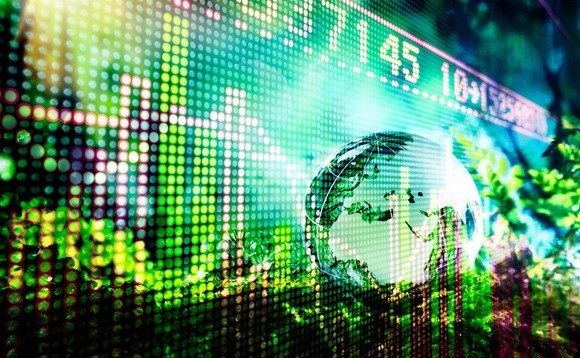 The world’s most important oil and gas region in the world, the Middle East, is set to become a major sustainable finance opportunity the coming years. After years of lagging behind Europe and the USA with regards to SDG and ESG related investment strategies, major parties in the Arab world, especially UAE, Saudi Arabia and Qatar, have stepped up their ESG-linked investment and portfolio-strategies for the coming years. Kuwait, another major oil producer but still lagging behind its neighbors in all, is now making headlines also. As one of the main oil-rich Arab countries, Kuwait always has been building its prosperity on the revenues and opportunities of its vast and attractive hydrocarbon reserves. While even for the coming decades, Kuwait’s government budget still will be largely dependent on revenues generated from its oil reserves and exports, the main national sovereign wealth fund Kuwait Investment Authority (KIA) has now embarked on a straight-forward ESG (environment, social and governance standards) linked strategy. 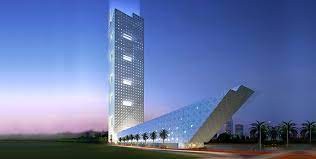 To partly join the green finance world, KIA stated that it will make its total $700 billion portfolio compliant with ESG standards. Managing director Ghanem Al Ghunaiman of KIA said that the move is based on the necessity of preparing Kuwait for a life after oil. At present, Kuwait is one of the only Arab Gulf states not yet having its own NetZero commitments, but the KIA move could imply this is to be expected soon. Al Ghunaiman also said that KIA will make ESG as a central feature of its own investment strategies and outlook. The Kuwaiti SWF is also a strong proponent of pushing the country to a post-hydrocarbon economy. Since the appointment of Al Ghunaiman, KIA has been opening up to more ESG strategies, as before the only focus was the “E” of environmental. The SWF also has started to publish its own quarterly ESG reports to stakeholders. The Kuwaiti giant is still one of the main dark horses of the Arab sovereign wealth fund sector, as it is keeping its portfolio investments and distributions under wraps. Inside knowledge of the ongoing strategic changes is still not available, but this is expected to change too. No indication has yet been made by KIA of how many of its assets under management are already ESG compliant. Some insiders however have indicated that this could already by at a 2/3 of total.

The move by KIA, following in the steps of others globally, but especially international financial institutions in the West, is clearly linked to an assessment that the global financial world is moving towards a full-scale ESG related investment strategy. At present sovereign investors are taking ESG related principles very seriously, even that in practice investments in hydrocarbons and energy-intensive industry is still heavily done. As Bloomberg Intelligence indicated, global ESG markets are expected to reach a value of $50 trillion by 20245. This staggering value is however to be taken with some skepticism, as some of the projects quoted are being criticized as ‘greenwashing’. 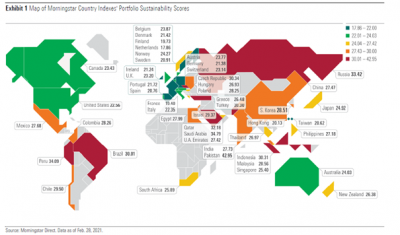 Still, ESG as a financial instrument has become a hot issue in the Middle East, where petrostates are currently trying not only to counter environmental and social pressures from activist shareholders, but also need to find a new kind of ‘license to operate’ for their main revenue generating sectors, oil and gas. Arab sovereign wealth funds are slowly but steadily moving towards ESG practices. The most visible are ofcourse Saudi PIF’s investments in NEOM or Abu Dhabi’s Mubadala in Masdar, but still more is there to be done. According to reports, of all sovereign funds in 2021 only one-third had calculated the carbon footprint of their portfolios, up from 23% last year, while 31% now use climate-scenario analysis compared with just 17% in 2020.

The Arab Middle East, even including Egypt, however will need to reassess their ESG rules and strategies, if they don’t want to be confronted by international pressure or lack of investments in key-sectors. In the USA and EU ESG reporting has already become a normal fact of life, even that full-scale regulations are not yet really there. Main issue to be discussed until now is which ESG reporting standard should be followed, as there is a myriad of options available, as one-fits-all is not the case. Reporting is a major issue, but also misuse of standards to puff up company reports still need to be dealt with.  To invest as an Arab sovereign wealth fund in ESG linked companies is still a challenge. For the future, as Al Ghunaiman indicated, ESG will be a major investment tool to be used for investment opportunities. When looking at KIA’s known investment assets, which are largely ports, power distribution or airports, around the world, ESG challenges will be large. To put in place ESG rules for all the assets around the world is not an easy task to be done. As KIA manages the Kuwaiti Future Generations Fund (to reduce dependence on oil) and the General Reserve Fund, the sovereign wealth fund is key to Kuwait’s future. 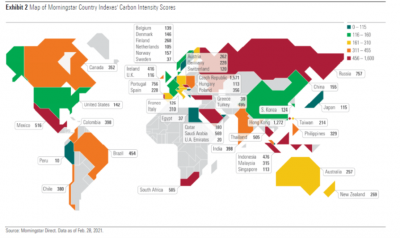 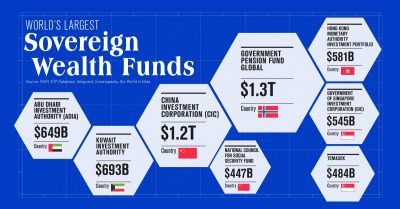 If we take 2021 as a major watershed year for ESG in the Middle East, investors will need to take care of the their own future while targeting operations in the region. The growing multi-stakeholder consensus on the need for sustainability is clear, as is making ESG related projects a strong business case. So-called impact investments, as reported in a 2017 study by the Business & Sustainable Development Commission, is able to unlock more than $12tn in new market value. The latter is now being recognized too in the MENA region but more still needs to be done. The combination of financial returns and generating a positive social and environmental impact is a possible win-win situation for one of the world’s hardest hit environmental and climate change related region. At present, mainstream ESG related investments in the MENA region are largely linked to the agricultural sector, food systems and water conservation. To support these projects, as they are also linked to potential overspending on energy-intensive desalination plants and food imports, a market of opportunity is being created. However, other sectors, such as energy-intensive industries (mining, oil-gas, heavy industries) or even hydrocarbon sectors are in dire need for new innovative technologies to keep their own LOPs in place.

A growing cooperation between SWFs and their financial backers (oil-gas companies/NOCs) is needed not only to prepare for beyond-oil but also to keep revenues being generated for the future. ESG and sustainability are a win-win situation, especially if taking into account that Egypt and the UAE are set to host the Cop27 and Cop28 climate change summits the coming two years.

The United States of America and Russia have recently been at loggerheads over the issue of Ukraine. Weeks ago the leaders of the two superpowers be [...]
Leggi di più
19 Gennaio 2022 18:40 Giancarlo Elia Valori 77
Main Partner

Ukraine Fears Minor Attacks Are in Russia's Game Plan
The Ukrainian foreign minister said President Biden’s “minor incursion” comment underplays Moscow’s intentions, which Kyiv sees as destabilizing the country ...
Erdogan Meets El Salvador's Bitcoin-Boosting Leader
The Turkish government has taken a restrictive approach to cryptocurrencies in recent years.
Probe Blames Pope Benedict XVI for Failures on Clerical Sex Abuse as Archbishop
The future pope mishandled four cases of clerical sex abuse during his tenure as an archbishop in Germany, according to ...
Putin Loves to Roll the Dice. Ukraine Is His Biggest Gamble Yet.
The former spy chief’s tolerance for risk is tested as he threatens a ground war unseen in Europe since the ...
Havana Syndrome Unlikely Caused by U.S. Foes, CIA Says
Agency concludes that other medical conditions, stress or unexplained factors could be behind the ailments that have been reported in ...
China Cuts Benchmark Rates to Bolster Flagging Economy
The country’s central bank stepped in to support a slowing economy that has been weighed down by a slump in ...