Relax, Britain – you can hate the eurozone and still vote remain Guy Verhofstadt 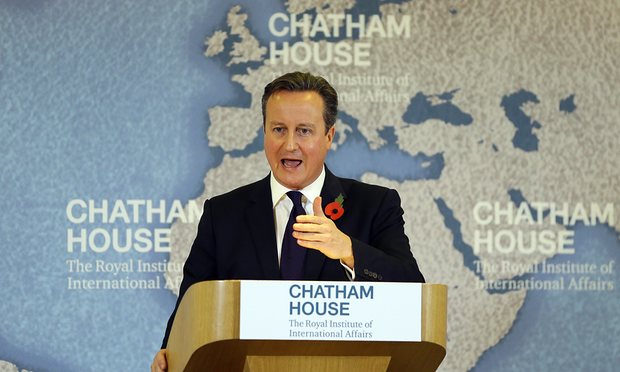 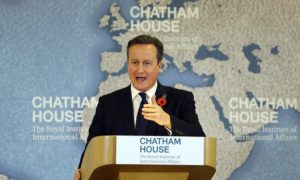 Having lost the economic arguments for leaving the European Union, Britain’s increasingly desperate leave campaign seems set on peddling a number of apocalyptic myths about the consequences of a vote to remain. It is more risky to stay in the European Union than it would be to leave, claim the Brexiters. But what are the likely risks of staying in the EU for Britain and how seriously should British voters take them?

One of the central arguments used by Ukip and some Conservatives is that Britain should leave because of the economic risks of being “chained to the corpse of the eurozone”. I find this disingenuous, given that four of the most advanced global economies represented in the G7, including the UK, are EU member states.

It is true that some countries in the eurozone are struggling with high unemployment and low growth. But does this mean it will be risky for the UK to stay? I don’t believe so. For if this absurd logic is to be pursued, then surely the UK should also hold a referendum on its membership of Nato, on the basis that some of its members aren’t delivering on their commitment to spend 2% of GDP on defence. Britain should also consider withdrawing from the United Nations, as some of its members violate human rights systematically.

As the lead negotiator for the European parliament during David Cameron’s renegotiation, it’s clear to me that the UK now has a binding guarantee, signed by all EU countries, that the UK will never have to bail out eurozone countries. The UK also has a binding guarantee, which no other EU member state has or would ever be given, that it will never have to join the euro.

Of course, the UK economy is affected by what happens elsewhere in the European Union. But it’s likely this would still be the case if Britain decides to exit. The only difference in this scenario is that the UK would have no say over EU laws, regulations or policies, for which we would all be poorer.

In the coming weeks, I have no doubt the leave campaign will also attempt to exploit people’s fears about immigration if the UK stays in the EU. The Brexiteers have already sought to exploit the fact that Turkey is still officially a candidate for EU membership, by claiming that Turkey is on course to join the EU imminently. This is fantastical stuff, which no one working in frontline European politics would ever endorse.

Nigel Farage may do no work in the European parliament, but from what the Ukip leader listens to while he waits to deliver his monthly tirade to me and others, he knows all too well how unlikely it is that Turkey will join the EU in our lifetimes.

Far from making progress in the accession criteria for EU membership, the increasingly authoritarian Turkish president, Recep Tayyip Erdoğan, is moving his country in the opposite direction. So let’s put this claim to bed. Millions of Turkish citizens are not about to move to Berkhamstead, Brussels or anywhere else for that matter. In any case, a future decision on Turkish membership has to be agreed by all 28 EU countries. The suggestion by a serving British minister, Penny Mordaunt, that the UK could not stop this, is contemptible.

It is also nonsense to suggest that Britain is at risk of being dragged, against its will, into a European superstate, as Liam Fox and others have suggested. Cameron has won a guarantee that exempts the UK from the European Union’s central aim – creating an ever closer union of the peoples of Europe. Even the most ardent European federalists have long given up on the idea that the UK might wish to meaningfully participate in further EU integration. 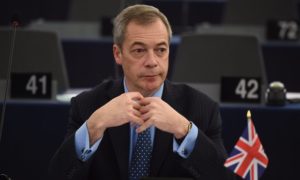 My priority during the renegotiation process with Cameron was to ensure that those countries that did wish to integrate further could do so in the future, free from the British veto. Cameron’s priority was to ensure Britain played no part in this – and he was successful.

The deal Cameron negotiated for the UK means that a vote to remain will trigger a process that reforms the UK’s membership of the European Union fundamentally. Many Brexiteers scoff at the idea that his renegotiation has created a “reformed EU”. Of course, all of the problems of the EU have not been solved, but the changes Cameron secured are significant, in terms of the UK’s membership of the European Union.

If the British people decide to stay in the EU on 23 June, the legal process of transforming Britain’s new relationship with the EU will begin and the first step will be treaty change. The real risk is not remaining in the EU, it is a leave vote, which could perpetuate the disintegration of the entire European Union.