Pests in our sight: new AI technology will save farmers hours on the job 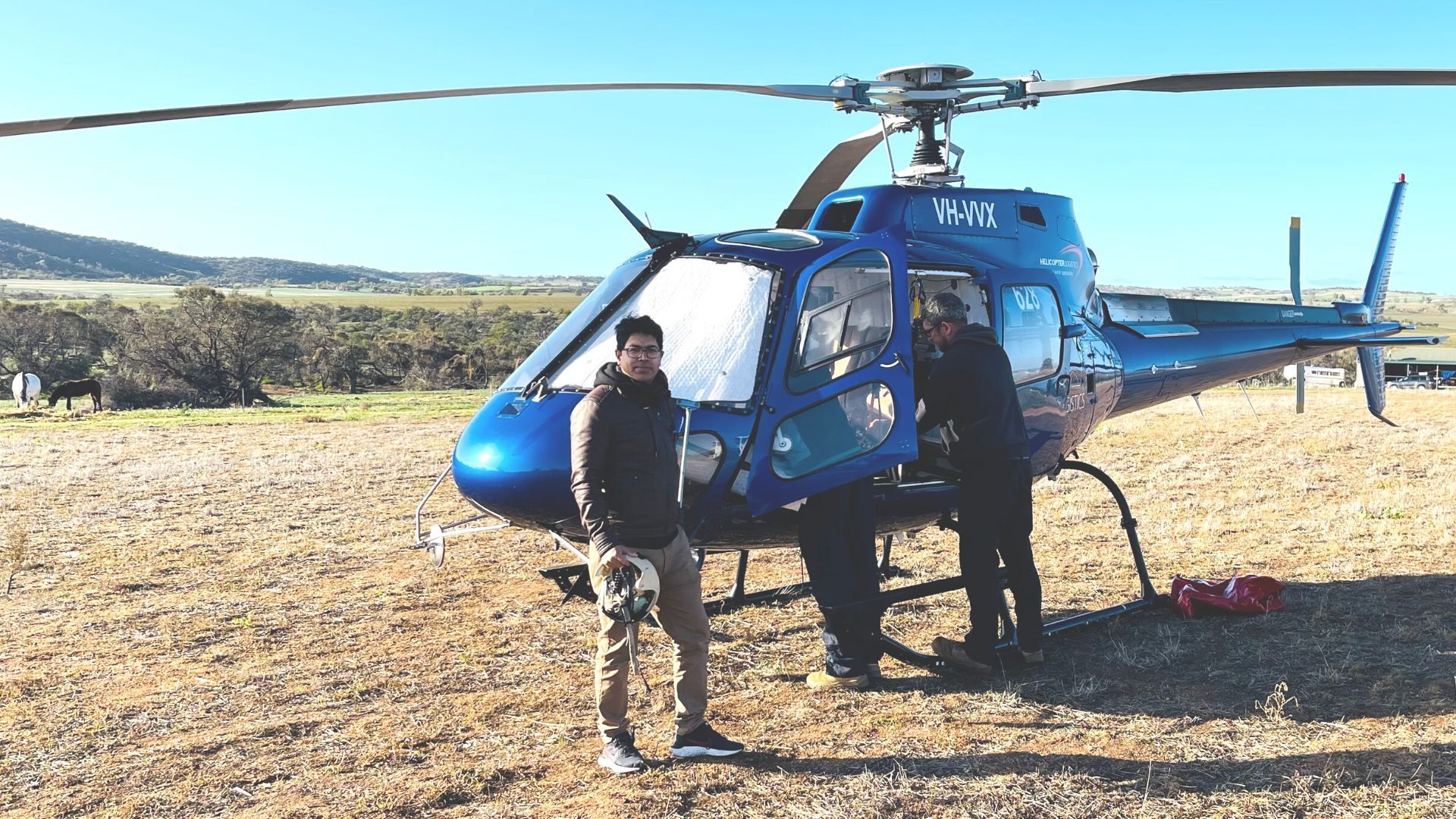 A Charles Sturt research project into the management of pest animals on Australian farms has created artificial intelligence (AI) technology that will transform hours of pest detection into minutes.

A research project between Charles Sturt University, the NSW and WA governments, and the private sector has resulted in ground-breaking new artificial intelligence (AI) technology that has transformed hours of pest detection into minutes.

This will assist with tackling the major issue of pest animals on Australian properties which currently costs farmers more than $400 million each year.

The project builds on other cutting-edge research and product development that Charles Sturt is undertaking in the AI and Unmanned Aerial Vehicle (UAV, or drone) research fields to assist industry.

The Thermal Eye project is a thermal imaging-based pest animal detection system that can detect pest animals such as rabbits, feral pigs, deer, and kangaroos.

Charles Sturt developed the technology which was used to survey the land from a helicopter which collected data for real-time analysis of the pests present in the Australian farming communities of Geraldton in Western Australia and Orange in NSW.

Senior Lecturer in the Charles Sturt School of Computing, Mathematics and Engineering and Deputy Leader of the Charles Sturt Machine Vision and Digital Health Research Group Dr Anwaar UIhaq said the project had been a tremendous success and was now being developed to increase access for farming families.

“Despite decades of comprehensive efforts to combat this problem, the direct cost of the main introduced pest species to Australia has been estimated at more than $400 million per year. This is not including environmental and social costs.

“To deal with these pests, it’s about knowing their habitat, the different species that occupy the lands, and the total number of animals that inhabit a particular area.”

“The technology was able to collect a lot of data after we trained it to automatically detect all the thermal signatures of the pest animals from the captured video sequence,” Dr Ulhaq said.

“The thermal signature of each animal is different, so after these cameras are trained, they can be used any time, to detect the sampling and geographical location of the animals in those areas.”

“Capturing this type of data is difficult at night, so we developed a system that would work 24 hours a day, which can be used by both farmers and authorities to better track and manage pest animals.”

Research on the Thermal Eye project was conducted from May until August 2022.

Charles Sturt continues to work with partner organisations to develop solutions to increase access to the technology for farmers via cameras mounted on drones.

Some of the additional projects that Charles Sturt is undertaking in AI and drone usage for innovation include the partnership with SunRice to develop a model to predict the quality of rice at harvest time; a project which uses artificial intelligence and data mining to revise a water quality index; and a partnership with NSW Department of Primary Industries and Wine Australia which has developed a smartphone app that uses artificial intelligence to help winegrape growers easily diagnose nutrient disorders in grapevines.

Islamic State Says Leader Has Been Killed
The terrorist group said its top leader died recently in fighting, less than a year after the death of his ...
China's Covid Protests Began With an Apartment Fire in a Remote Region
Firefighting delays in the city of Urumqi, seen by many Chinese as related to strict pandemic controls, set off wide ...
Twitter Becomes Stage for China Protests Despite Ban by Beijing
The platform is proving to be a critical avenue for those who seek to broadcast images of demonstrations to the ...
Jiang Zemin, Who Steered China Into New Era, Dies at 96
Jiang Zemin, the former Chinese leader who came to power after the quelling of the Tiananmen Square protests and presided ...
Eurozone Inflation Eased in November, but Further Rate Rises Likely
Consumer prices in November were 10{8974297c068d183c56dcee59c6a3474bf8f16054e96b3f77661a0774b296376c} higher than a year earlier but down from the 10.6{8974297c068d183c56dcee59c6a3474bf8f16054e96b3f77661a0774b296376c} annual rate of inflation ...
Ukraine's Power Shortages Force Millions of Refugees Into Lengthier Exile
Kyiv’s call to its diaspora to stay abroad is making many upend their lives again and turn their temporary flight ...