European Central Bank adds half a trillion euros in stimulus 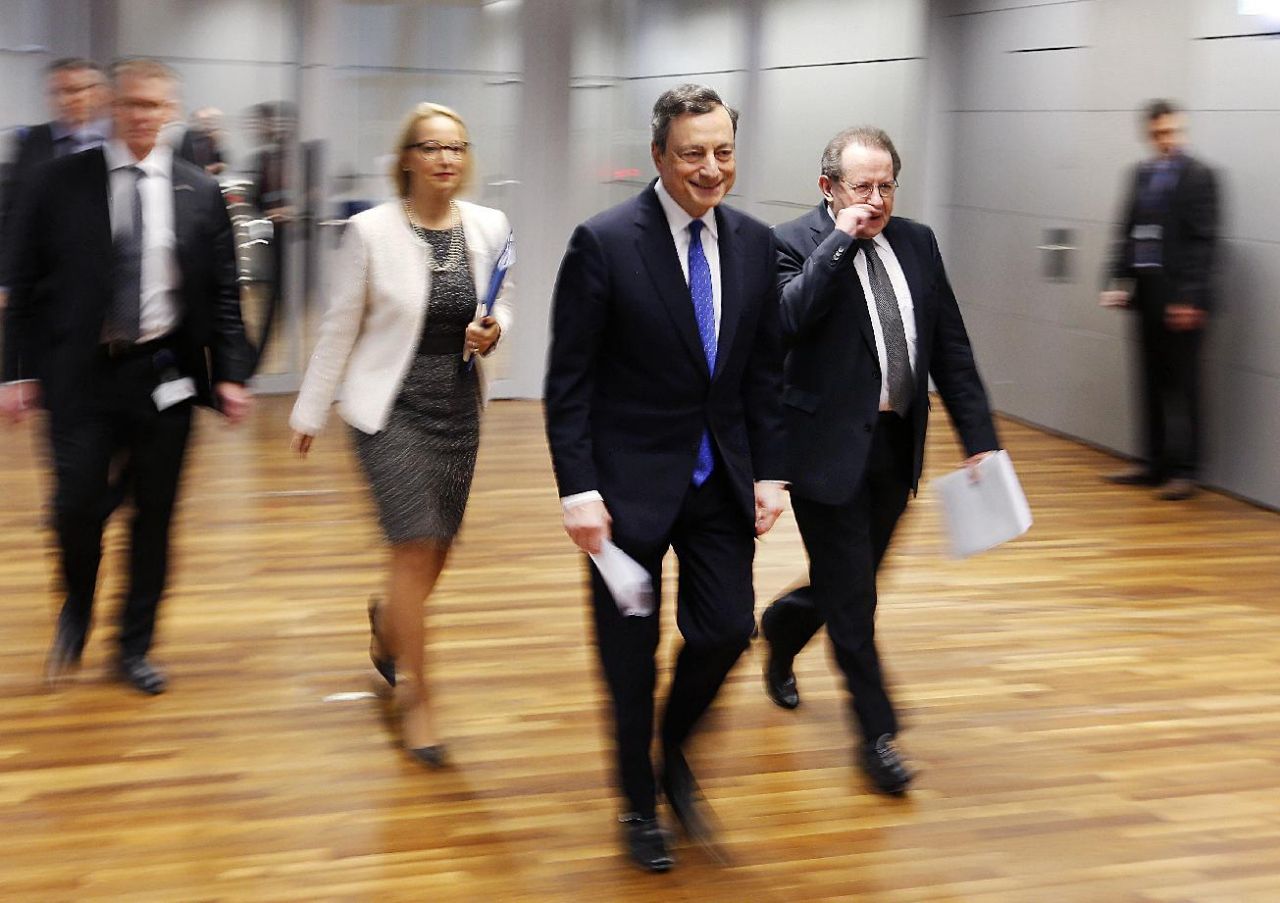 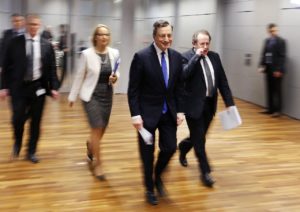 FRANKFURT, Germany (AP) — The European Central Bank will pour another half-trillion euros ($579 billion) in newly printed money into the eurozone economy to support its recovery as the currency union heads into what could be a tumultuous election year.

The bank’s 25-member governing council extended the duration of its bond-buying stimulus program by at least nine months, from March until December next year.

But the council startled markets Thursday by reducing the monthly amount of bonds it will buy after March, to 60 billion euros ($64 billion) from 80 billion euros currently.

ECB President Mario Draghi said the reduction did not mean the bank was tapering, or phasing out, the stimulus.

He said there was “no question of tapering” and that such a phase-out of the program was not even discussed at the meeting.

Draghi said the central bank could increase the monthly purchases if needed and that there is still no firm end date for the stimulus program. He noted, however, that the economy could get by with less monthly stimulus now because the danger of deflation — falling prices that kill off growth and investment — had passed.

The bond purchases pump freshly created money into the banking system in hopes of increasing weak inflation and encouraging growth. The flood of cash also helps keep financial markets calmer as Europe faces elections in the Netherlands and France next year where anti-EU, populist candidates are expected to do well.

Draghi said stimulus was still needed despite a somewhat brighter economic picture because “uncertainty is everywhere… just look at the election calendar for next year.”

He said it was the central bank’s job to “keep a steady hand” in supporting the economy.

Stocks rose in response to the ECB’s actions, while the euro fell 1.3 percent against the dollar.

The stimulus program extension adds at least 540 billion euros to the existing 1.74 billion ($1.87 trillion) effort. After December, the bank would likely not abruptly end the purchases, but start phasing them out.

How quickly that happens is important as it can roil markets. Monetary stimulus tends to boost stocks and weigh on borrowing rates.

Draghi is trying to avoid a so-called “taper tantrum” like the one set off by U.S. Federal Reserve head Ben Bernanke in 2013, when Bernanke mentioned the possibility of eventually ending Fed bond purchases. Stocks fell and bond market interest rates quickly rose — not what the Fed wanted to see.

Holger Schmieding, economist at Berenberg Bank, said that the ECB’s decisions — offering less stimulus but for longer — “should roughly offset each other.”

“After some volatility, the economic and financial impact should remain modest,” he said in a research note.

By extending its stimulus efforts, the ECB is moving in the opposite direction to that of the Fed. The U.S. central bank is contemplating another interest rate increase at its Dec. 13-14 meeting. Markets have been betting that President-elect Donald Trump will carry through on promises to spend more on infrastructure such as roads and bridges after he is inaugurated Jan. 20, boosting growth and inflation in the months ahead. That would give the Fed more reason to raise rates.

Beyond the stimulus program, the ECB kept its key interest rate benchmarks unchanged. It left at zero its refinancing rate, at which it lends money to commercial banks, and minus 0.4 percent the rate on deposits it takes from banks.

Draghi had made clear that the bank was not seeing a convincing upturn in inflation. It aims for 2 percent annual inflation, considered best for growth and jobs, and right now inflation is only 0.6 percent annually. Economic growth is only modest at a quarterly rate of 0.3 percent in the July-September period.

On top of that, the euro could be facing serious political turbulence.

The British vote to leave the European Union and the election of Trump are considered to have boosted the prospects of anti-elite and anti-EU politicians. Next year could see a strong showing by anti-immigration politician Geert Wilders and his Party For Freedom in the Netherlands in March. In France, National Front leader Marine Le Pen is expected to make it past the first round of presidential voting in April, although she isn’t the favorite to win in the second round in May. She wants France, a member of the euro, to follow Britain in leaving the European Union.

There’s more. Italian Prime Minister Matteo Renzi resigned after voters rejected his proposed constitutional changes in a referendum Sunday. That means uncertainty about who will be the next prime minister, just as the government faces troubles with the country’s banks. The third-largest, Monte dei Paschi di Siena, may need a government-funded rescue soon.

So far, markets have taken Renzi’s downfall in stride. That hasn’t eliminated fears, however, that Italy may again become a source of trouble for the eurozone.

While the ECB’s bond purchases are aimed at raising inflation, they also have the effect of depressing borrowing rates for governments.

That has been key for the eurozone, where high borrowing costs for heavily indebted governments like Italy raised fears in 2011 that the eurozone might break up.

In order to extend the bond purchases, the ECB expanded the range of bonds it considers eligible. It said it would now buy those yielding less than minus 0.4 percent, meaning it would take some losses on those bonds. While the central bank tries to avoid unnecessary losses, its mission is to steer the economy, not make a profit.