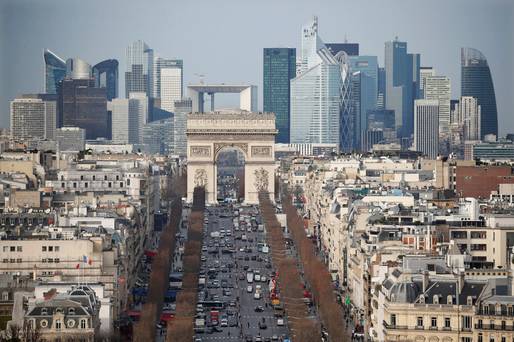 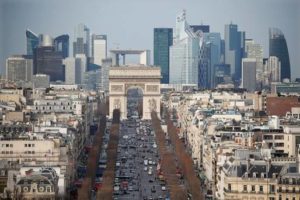 The UK vote to pull out of the European Union has done little to derail the Eurozone economy, it seems, with activity inching up to a seven-month high this month, a new survey has shown.

Even the French private sector received a boost – despite the terror attack in Nice and brutal killing of a priest in Normandy – with output reaching a ten-month high.

But the data for Germany was more muted, with output, new orders and employment all rising at a softer pace, according to the latest so-called flash Purchasing Managers’ Index.

The data suggests that any immediate economic fallout from the Brexit vote on June 23 may be confined to the UK, and, to a lesser extent, Ireland, and has left other EU countries broadly unaffected.

Separate data in the UK showed that a weakened sterling help boost manufacturing exports, even if output in the sector softened.

Analysts will be keenly watching the Eurozone’s performance in the coming months for signs that the Brexit vote may be impacting.

And there may be some poorer news on the horizon, as the PMI flash report shows that a slowing manufacturing order book growth, and a dip in services optimism, led to a weakened rate of hiring which could suggest that growth may fade in the coming months.

“While the resilience of the PMI data in August will add to the belief that the ECB will see no need for any immediate further stimulus, the weakness of the overall pace of expansion, and disappointing trends in hiring, order books, business optimism, and prices all suggest that policymakers will keep the door open for more stimulus later in the year.”

The August survey reported that growth of output accelerated marginally in both manufacturing and services, with the former recording the slightly stronger pace of expansion.

An upturn in the rate of growth to the highest since last October put France – the bloc’s second biggest economy – on course for its best quarter of growth so far this year.

Markit economist Jack Kennedy said the positive French data raises hopes of a pick-up in GDP growth after the stagnation recorded in the second quarter.

But France is still trailing behind Germany in terms of the overall pace of expansion, despite the latter seeing growth fall from a seven-month high in July.

Economists have cautioned that the Eurozone economic recovery is still fairly muted.

San Francisco, California, March 27, 2017. Entrepreneur Elon Musk, one of the masterminds behind projects such as Tesla and SpaceX, announced his next [...]
Leggi di più
27 Giugno 2022 13:11 Giancarlo Elia Valori 56
Main Partner