Why the pound rallied after Theresa May’s Brexit speech and will it last? 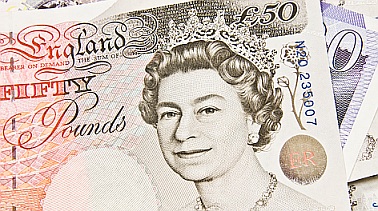 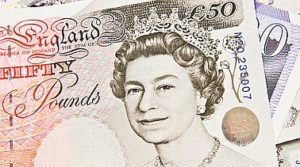 Sterling has endured a veritable tumble since the UK voted to quit the EU in June. Since then, it’s been one of the world’s worst-performing currencies it remains incredibly volatile.

But on Tuesday, the battered currency surged around 3 per cent against the dollar on the day after Prime Minister Theresa May’s agenda-setting Brexit speech.

It’s on course for its biggest single-day rise against the buck since 2008. And that’s even though Ms May confirmed that Britain would exit the single market as a result of Brexit.

So what exactly caused the pound to rise and will it be able to cling onto those gains? Here’s our explainer

One of the reasons why the pound is not falling is that the details of Ms May’s speech, including her plans for the UK to leave the single market and customs unions – don’t come as a surprise to many.

“Businesses have been predicting we will leave the single market for a while and many are prepared for this eventuality,” said Robert Gordon, CEO of Hitachi Capital. “Plans to remain an associate member of the customs union will act as further reassurance that the economy is in a strong position and we will be in a good state to secure the best possible trade deal,” he added.

Michael Hewson, of CMC Markets, said: “Currency markets certainly liked the sound of the speech with the pound rallying hard in the aftermath reversing all its declines from Sunday night as concerns about an uncontrolled Brexit diminish. In reality the seeds of today’s sterling rally were sown late last night when the outline of the speech made its way into the mainstream.”

Ms May said the deal she would be pursuing when the negotiations get underway “cannot mean membership of single market”. While this might not sound like good news to some, it does end months of uncertainty and confusion on some matters.

Kathleen Brooks, of City Index, explains: “It [the speech] delivered some of the much-needed detail that the market has craved since the June vote. The UK will not be in the single market, but it still wants access to it through a renegotiated customs union.

Connor Campbell, financial analyst at Spreadex, said: “It shows just how desperate the currency was for clarity that May’s speech, with its firm stance on leaving the single market and vague promises of free trade and some kind of new customs agreement, could inspire such a reaction from sterling despite most of what was said being pound-negative.”

Overall, the Prime Minister also struck tone that may have calmed those who feared that the UK was about to embark on an acrimonious divorce.

Jake Trask, currency analyst at UKForex, said: “The markets appear to have taken heart from the prime minister’s reassuring words, signalling that the UK government will do all it can to avoid a cliff edge scenario, where at the end of the two year process we default to WTO tariffs. “

“The PM said her preferred approach would be to implement the changes in a staggered manner. This controlled method of exit appears to have calmed market fears, with the proxy for Brexit sentiment, the pound, rising,” he added.

A vote on the final terms of the Brexit deal

The main driver of sterling’s rise was the news that the government’s Brexit deal would go to a parliamentary vote before being implemented.

“The fact that the government will put the final deal to a vote in both Houses of Parliament seems to be the rallying cry for sterling, as it could limit some of the excesses of some of the Brexiteers,” Kathleen Brooks of City Index, explained.

So will sterling’s rise continue?

Despite all this, the consensus answer to this question seems to be ‘most likely not’.

Rabobank currency strategist Jane Foley, who said that much of the pound’s initial rally came after promises of that parliamentary vote, cautioned that this provides “another element of confusion” around what would happen if the deal is not passed by parliament.

Ms Foley further said that although Ms May voiced her ambition for a free trade deal with Europe but that “the signals from the EU suggest that this is not on the cards.”

“So there is likely to be a lot of volatility caused by this debate in the next couple of years,” she said.

Richard Falkenhall, Senior FX Strategist at SEB, added: “We view today’s [pound] rally as temporary and expect the sterling to weaken again. We would not be surprised if comments from the EU as well as the UK sound very negative in the initial phases of the negotiations and during the exit process.”