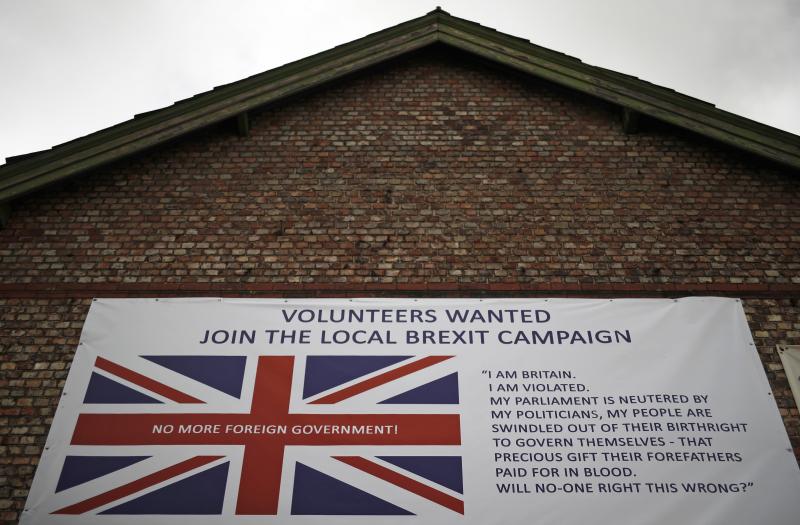 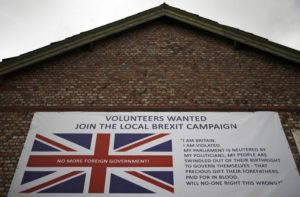 By Camille Pecastaing – If Europe were a democracy, all of its citizens would have had a say in whether the United Kingdom leaves or remains in the European Union. After all, it is not the just the fate of the British that Brexit would affect, but also the quality and longevity of the entire European project. The EU, as it turns 65, is showing grave sclerosis, and voices—nationalist, populist, and sometimes xenophobic—are calling for its dissolution. The moment has thus come, if it has not already passed, to prune the dead wood of the tree to save the trunk.

The European Union’s original mission was more political than economic, as were its greatest successes. The union was designed to put an end to perpetual conflict between France and Germany. It succeeded, ending a millennium of intra-European wars in the process. The union also brilliantly helped Eastern European countries quickly transition from decades of Russian tutelage following the disintegration of the Soviet Union. In parallel to the political project, over the decades, Europeans created an integrated economic space, culminating in the adoption of a single currency at the turn of the millennium.

The problem is that, over time, the economic dimension of the European project has overtaken its political and cultural aspects. Losing sight of all that Europe could be, the poorest regions and members came to see the union as a giant ATM. The richest believed it to be a money pit for their taxes. The United Kingdom, more than anyone else, has been aware of those tensions and has exploited them since the days of Margaret Thatcher. By doing so, it has reinforced public perceptions that membership in the union is a zero-sum game, especially when money is tight.

The United Kingdom’s position in Europe was always uncomfortable. During the 1960s, its accession to the common market was repeatedly vetoed by French President Charles de Gaulle, who denounced London as a Trojan horse for Washington’s interference. In reality, de Gaulle feared that British membership would dilute Paris’ influence. The Europe he envisioned was built around a Franco-German axis dominated by France, if only because of all the restrictions imposed on Germany after WWII. But with de Gaulle out of power, membership came for the United Kingdom in 1973, and with it came the triangular relationship that the French and Germans finally accepted with relief. Germany dreaded France’s excessive ambitions, including breaking away from NATO’s unified command and embarking on grandiose industrial projects—one of which, the Airbus Group, owes its ultimate success to German realism. As for France, the recession of 1973 marked the beginning of continuous economic decline in relation to Germany, which also became demographically dominant when its eastern and western halves reunified in 1990. When it needed to, Paris could ally with London to stand up to Bonn—later Berlin—as it did recently in the war in Libya.

Throughout, the United Kingdom remained a marginal partner, but the price it exacted for its arbitrage was exorbitant, including exemptions from membership rules—the United Kingdom stayed out of Schengen, out of the euro—and financial concessions to boot—the infamous British rebate on dues, negotiated by Margaret Thatcher, that has applied every year since 1985. In the process, London’s approach to Europe scuttled any momentum toward federalism, turning a project that aspired to strong political union into nothing more than an ever-enlarging free market

The United Kingdom was not alone in exploiting the situation, and this is where the case for Brexit echoes last year’s case for Grexit. Greece, an underdeveloped country that joined the EU in 1981, has used the union foremost as a source of foreign aid and, when the euro was adopted, of almost free loans guaranteed by the union’s richer members. It was a flagrant abuse of the spirit of the union, but Greece was economically marginal. Its profligacy went unremarked until the global economic meltdown that began in 2007.

Even then, ever opposed to Grexit, the union decided to throw good money after bad rather than set a precedent for departure from the eurozone. Eurocrats have met Brexit with the same anxiety, handing British Prime Minister David Cameron yet more special treatment for the United Kingdom—only in Britain would recent EU migrants be denied access to welfare and other benefits—and put yet more nails in the federalist coffin. The hope was that those concessions, coupled with a massive campaign of economic fearmongering, into which the IMF and even U.S. President Barack Obama were drafted, would sway British voters to stay in the union.

Whether those efforts have paid off will become apparent on June 23, when voters across the United Kingdom go to the polls. The British, who have stymied Europe for decades, now have a chance to set it free. If anything, the Greek crisis has shown that greater federalism is the only way forward for Europe, because monetary decisions related to the euro should be backed up by fiscal policies, which should be approved by union-wide democratic consultation. In some respects, the EU looks a lot like the United States, with some areas of productive brilliance—Silicon Valley, which is akin to Germany’s Mittelstand—subsidizing deadbeats elsewhere. But the United States, for all its local particularism, is still a country with a nation that accepts that taxes from California will pay for public schools in Mississippi. It is that redistributive logic that makes a commonwealth and that, in Europe, the Greeks have abused and the British have denied. And this is why Europe would be better off without them.

Mississippi may never become another Silicon Valley, but because the United States is one country, there is no fundamental reason why it should not. Europe is different, because claims of national distinctiveness—traditionally, the French never work on Sundays—thwart the dissemination of efficiency-related best practices—like opening stores on Sundays. Germans may not be too keen on dominical work either, but there is no question that Germany’s overall socioeconomic model is more efficient than France’s. And yet, a sovereign French government has struggled for decades to push forward reforms that would increase competitiveness. A federation, especially one dominated by efficient Germany yet structurally democratic, would find it easier to disseminate and enforce best practices. But such a project requires more commitment than Athens and London are willing to make.

Quite apart from questions of what the United Kingdom will gain from leaving the EU, it is certain that the shock of its departure will deliver much-needed (if bitter) medicine to a gravely ill patient. All in all, the benefit that is an opportunity of finally fulfilling the European dream of political union would far exceed the short-term disadvantages of a British secession. The economic shock from Brexit is bound to be moderate in comparison to the financial crises of the last decades, from which a resilient global economy recovered. And whatever validation Brexit gives to the many voices that push nationalist priorities over continental ones, British secession would also free federal-minded leaders to present voters with a more ambitious, more coherent, and more inspirational project. In short, Brexit could be the best thing for Europe since the fall of the Berlin Wall.