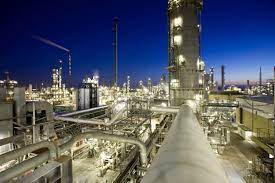 The Nasa is valuating, that it is possible useful  an oxygen pipeline, to transport the gas in a efficient way, above different location, about to the  Lunar South Pole, for the next mission to the Artemis.

We can called this project an oxygen pipeline.

The concept of the lunar pipeline, of the Nasa, it can facilitate the life of the future astronauts of the Artemis.

The lunar pipeline, it’s ufficial called South Pole Oxygen  Pipeline, it can be connected to the hub of the Nasa.

China and Russia are punting the South Pole Lunar, because it presents, big quantities of glace, and other resorces as soon as the above the Moon surface.

The ice is important for the Nasa, to established a fixed base on The Moon, and the ice are converted in water and oxygen, and it is useful for breathe and the engine for the rockets.