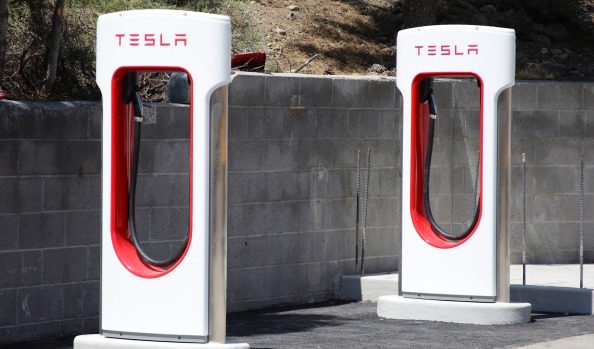 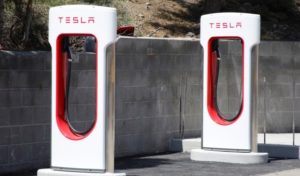 Facilities management and catering firm Spotless Group is in talks with United States battery storage and electric car pioneer Tesla over long-term plans to oversee thousands of vehicle car charging stations in Australia, as it remakes itself as a provider of one-stop-shop technology solutions for corporate customers.

Spotless chief executive Martin Sheppard told The Australian Financial Review the acquisition of electrical contracting and technology services company Nuvo in November 2016 was part of the transformation, where Spotless is tilting itself away from lower-margin contracts in cleaning and catering.

It is eyeing more business in sophisticated solutions in real-time monitoring, operating buildings without external power sources and utilising advances in the Internet of Things to run large-scale maintenance contracts.

Mr Sheppard said building owners and facilities managers are moving fast to embrace new technology. In five years he predicts there will be buildings which run all their lighting, power and other systems off data networks, without the need for external 240-volt power from traditional poles and wires electricity networks.

“Everything will run off the USB cord plugged into the wall,” he said.

The Nuvo acquisition, which cost less than $25 million, is part of the Spotless shift.

“It’s part of the transformation in culture in a business which was at one time a bucket and mop business. It’s another catalyst in the changing way we’re doing things,” Mr Sheppard said. “At Spotless we’re moving up the food chain.”

For investors, though, the Spotless share price is continuing to spin its wheels and sits just below $1, compared with $1.20 in July 2016. The company returned to the ASX in May 2014 after private equity group Pacific Equity Partners owned it for a short time. The new shares were issued at $1.60.

Mr Sheppard is a former KPMG Partner and joined Spotless as chief executive in late 2015. He said while the core operations including cleaning, catering and facilities management were at the centre of Spotless, it was making substantial investments in the technology sector because many customers wanted to outsource the task of cutting energy costs and ensuring they made maximum advances in the take-up of rapidly advancing technologies. Those installing LED lights across large buildings were operating the entire systems through the internet and data cabling.

“Up above the roof ceiling is an internet responder,” Mr Sheppard said of how big buildings now work.

Spotless is also utilising drones to monitor rooftop areas and large expanses of land as part of its maintenance contracts. Mr Sheppard said the notion of “scheduled maintenance” in a range of areas was starting to become obsolete because new technology using heat sensors, vibration sensors, real-time monitoring of the “lean angle” of structures and other methods all connected via the internet meant companies were able to assess what parts of equipment needed attention.

“You get a warning before it fails,” he said.

Spotless was in preliminary talks with Tesla and other battery storage and electric car firms about operating the infrastructure for the thousands of charging stations needed in cities and on highways around Australia.

Spotless is trying to get on the front foot, with experts predicting that by 2030 there would be 5 million electric cars on Australia’s roads.

“You’ll see lots and lots of these individual charging stations,” Mr Sheppard said, arguing that assumptions about the future impact of the vast technological shifts in battery storage technology were built in to the share price of Tesla, which has risen eight-fold in the last five years.

“It’s sort of encapsulated in the market cap of Tesla,” he said.

Mr Sheppard said Spotless expects about 30 per cent of its revenues, about $900 million, to come from technology and emerging technologies within five years.

Spotless also runs a large metering business, where its operators are reading 275,000 electricity, gas and water meters a day, and he predicts that legislation from December 1, 2017 when all replacement meters installed in homes and small businesses need to be advanced digital meters, will bring a much sharper focus on the cost savings able to be generated through more efficient use of analytics.