We destroy the world 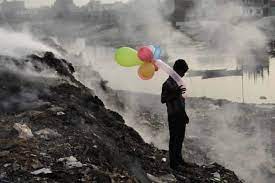 Today the world change quicky , and the people change quickly, because the life continue and, during the past time the people aren’t the same, sometimes for things good, sometimes became a different  person worst.

The human continue to impose their law,to  an other people and, still in the  2022 there are still war in the world, people that overlook other people, without thinking the consequences and the innocent human victim, that they don’t have doing nothing.

We don’t learnerd nothing, before two world War, that  they were destroy the world and the population, but despite this, we continue to repeat the same mistake, because the human never doesn’t change, and the world will continue also in the future to soffer, anyboydy doing nothing to change the things.

China and the United States are superpowers, with China being a communist country and the USA a capitalist country. They differ not so much in ethnici [...]
Read More
1 Febbraio 2023 16:55 Giancarlo Elia Valori 20
Main Partner

French Forces Seize Iranian-Supplied Weapons Bound for Yemen
Elite French special forces seized a boatload of Iranian-supplied weapons and ammunition bound for Yemen as part of a deepening ...
U.S. Pursues India as a Supply-Chain Alternative to China
The Biden administration turns to New Delhi as it seeks to steer critical technologies away from Beijing.
U.S. Company Offers Advanced Drones to Ukraine for One Dollar, With Some Costs
Sale of long-range, high-speed Reaper unmanned aircraft would require Biden administration approval.
U.S. Says Russia Has Violated Nuclear-Arms Treaty
Tensions over Russia’s invasion of Ukraine risk endangering cooperation on arms control and negotiating a successor to the New START ...
French Workers Mount New Strike Against Macron's Pension Overhaul
Striking teachers and railway, health and oil workers staged marches in dozens of cities as a part of a nationwide ...
Eurozone Economy Outpaced China and U.S. in 2022
The figures underline how the fading Covid-19 pandemic continues to scramble traditional patterns of global growth.