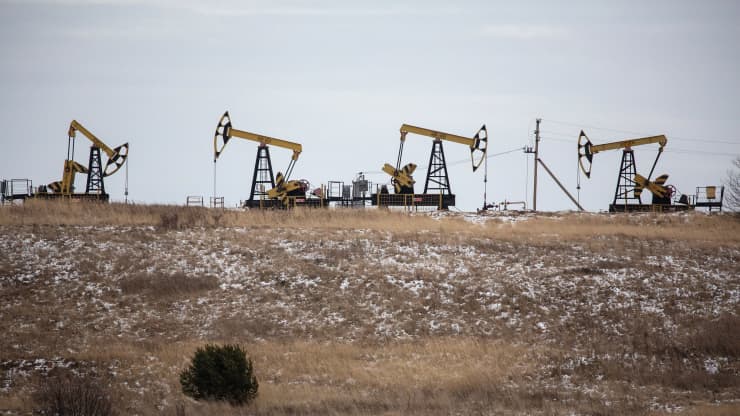 Oil prices rose in Asia on Wednesday after hitting their highest in about a year in the previous session, supported by an unexpected draw in U.S. crude stockpiles and an OPEC+ estimate of a global oil market deficit this year.

Analysts said the market was buoyed by the latest assessment by the Organization of the Petroleum Exporting Countries and allies, together known as OPEC+, that oil stockpiles will decline to below a five-year average by June.

That showed the producers’ output cuts were succeeding in bringing the market back into balance.

“The strategy was very clear. OPEC and allies set out to cut a deal that would normalise global excess inventory through 2021 – well, they’re on track,” said Lachlan Shaw, head of commodity research at National Australia Bank.

OPEC+ expects output cuts will keep the market in deficit throughout this year, peaking at 2 million barrels per day in May, even though it revised down its outlook for demand growth, a document seen by Reuters on Tuesday showed.

A ministerial meeting will convene on Wednesday, although it is not expected to recommend any adjustments to oil output policy.

The American Petroleum Institute reported U.S. crude oil inventories fell by 4.3 million barrels in the week to Jan. 29, compared with analysts’ expectations in a Reuters poll for a build of 446,000 barrels.

Gasoline stocks fell by 240,000 barrels, defying analysts’ expectations for a build of 1.1 million barrels, while distillate inventories, which include heating oil and jet fuel, fell by 1.6 million barrels, a bigger draw than expected.

U.S. government data is due at 1530 GMT from the Energy Information Administration.

Biden Isn't Planning to Share Covid-19 Vaccines With Mexico
The Biden administration isn’t considering sharing its Covid-19 vaccine supply with Mexico, White House press secretary Jen Psaki said ahead ...
Father and Son Accused of Helping Ghosn Escape Are Taken to Japan
Michael Taylor and Peter Taylor haven’t denied helping the former Nissan Motor chairman escape, but they say they don’t think ...
Covid-19 Vaccine Program in U.K. Cut Deaths, Hospitalizations
One dose reduced the risk of hospitalization among people over 70 years old by 80{dc26b6d2379f99d8592536fb917d67205d8a424d5fd34e7c7d7e220b03f2e0f6} compared with those of a ...
Former French President Sarkozy Convicted in Corruption Trial
Nicolas Sarkozy was found guilty of trying to bribe a magistrate, becoming the first president in the history of France’s ...
In Nigeria's Largest-Ever Kidnapping of Schoolgirls, Gunfire, Screams, Anguish
Days after 317 girls were taken by gunmen from a school, some of those who managed to escape described how ...
Myanmar's Aung San Suu Kyi Faces New Charges
The country’s most popular political leader, who was ousted in a military coup, is entangled in a web of legal ...