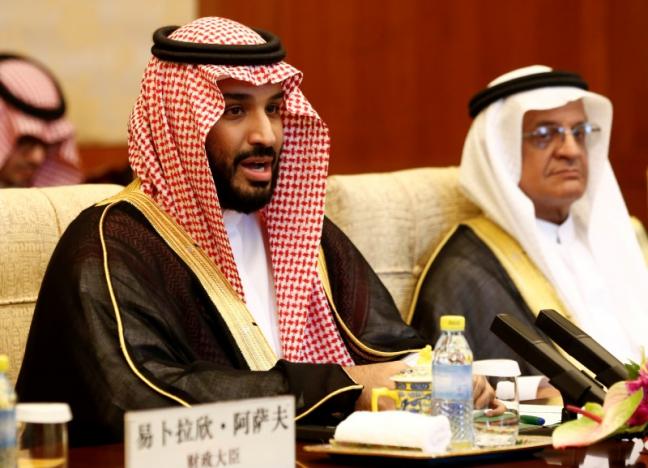 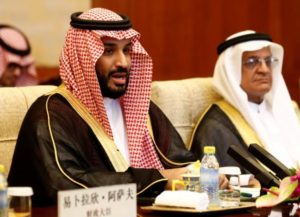 Two years after triggering an oil price war, Saudi Arabia has seemingly had enough of cheap crude amid budget pressures, fear of a future supply shortage, and as it seeks to offload a stake in state-owned producer Aramco.

The change in tone comes as OPEC and other producers such as Russia may resume talks on stabilizing output when they meet in Algeria later this month, after a similar effort to boost oil prices collapsed in April due to Saudi-Iranian tensions.

“The Saudis are going to Algeria for a freeze,” said a source in the Organization of the Petroleum Exporting Countries who is familiar with the matter and declined to be identified.

“More and more ministers are now talking among themselves to evaluate their production position.”

OPEC in November 2014 made a landmark policy shift, led by Saudi Arabia, refusing to cut production by itself in the hope that lower prices would discourage higher-cost competitors that had eroded the group’s market share.

Further cementing the impression of a production free-for-all, OPEC ditched its last remaining supply-management tool, an output ceiling, in December 2015.

From 2014 until earlier this year, Saudi Arabia’s then-minister for oil, Ali al-Naimi, offered little verbal support for prices. The market determined them, Naimi said, but he gave no preferred range or any indication of what levels could be sustained in the long term.

Since Khalid al-Falih took over as energy minister, the tone has visibly shifted. He says the world needs oil above $50 per barrel to achieve a balanced market, and raised the prospect of Saudi Arabia resuming its role of balancing supply and demand.

Outwardly, there is no sign yet of a definite change in policy. But behind the scenes, Saudi Arabia has been working towards boosting prices, rather than leaving that job to market forces.

At OPEC’s last meeting in June, held in Vienna, Falih surprised some of his counterparts by proposing OPEC set a new output ceiling, according to several people familiar with the matter.

In Vienna, Falih floated a number of ideas in private meetings on how best to manage the supply glut, and questioned independent OPEC analysts during separate meetings as to the possible price impact of a production freeze or even a cut.

At private talks with the Nigerian oil minister before the June 2 OPEC meeting, Falih was willing to revive the idea of a production freeze while showing more tolerance towards Iran, which is raising output post-sanctions, sources said.

“The Saudi minister met with the Nigerian minister and discussed a ceiling of 32 million barrels per day with flexibility towards Iran,” one source said.

More talks with Iran led by Qatar, which holds the OPEC presidency in 2016, took place privately but they failed to get Tehran on board because Iran argued it needed to regain market share lost during years of Western sanctions, the sources said.

On the day of the OPEC meeting, Gulf members proposed discussing a ceiling.

“But Iran said no, so the ministers moved quickly to discuss the secretary-general nomination,” the source said. OPEC agreed to appoint Nigerian Mohammed Barkindo to the position.

Saudi Arabia is by far the largest OPEC producer, pumping more than twice as much as the second-biggest, Iraq.

Even so, plunging oil prices since mid-2014 have put stress on Saudi Arabia’s finances, causing a big budget deficit last year and forcing the kingdom to seek new sources of income, including taxes and other fees and to cut spending.

The government is trying to boost non-oil revenue and modernize the economy through a reform plan called “Vision 2030”, championed by Deputy Crown Prince Mohammed bin Salman, of which the centerpiece is the sale of a stake in Saudi Aramco.

Sources in the oil industry say this partly explains the shift in tone on prices.

The Saudis “want higher oil prices for a better Aramco valuation”, one industry source said, adding that some think Aramco could be valued as high as $4 trillion.

Prince Mohammed has said he expects the initial public offering (IPO) to value Aramco at at least $2 trillion, but that the figure might end up being higher. Any valuation would account for oil price expectations and the size of Saudi Arabia’s proven oil reserves.

Another industry source familiar with the matter agreed.

“A stable oil price at a moderate level would help an IPO. I don’t know if the IPO is the major factor – but it’s certainly a factor,” he said.

“Saudi Arabia does not want to crash the price. Their target indeed would be somewhere north of $50 – $60 or so.”

Saudi officials have also discussed the possibility that too much future supply could be curtailed by investment cutbacks if prices remain lower for longer, and are wary of the risk of a price spike, the second industry source said.

Falih has talked about the issue publicly, saying in June that even $50 oil would not create a rush back to investment.

“There’s a real fear,” the source said. “So many conventional oil projects are being canceled.”

NOT FLOODING THE MARKET

Saudi production stands near a record high of 10.7 million barrels per day (bpd) – on a par with Russia and the United States.

But some market insiders have suggested Saudi Arabia cannot afford to push output any further and sustain it for a long period because despite official affirmation it can produce as much as 12.5 million bpd if needed, Riyadh has never really tested such levels.

The change in Saudi tone has been welcomed by OPEC delegates from non-Gulf nations – many of which privately blame Riyadh for the price crash.

“The Saudis have to play differently. They cannot sell 10 percent of Aramco if the price of oil is miserable,” an OPEC source from a non-Gulf country said.

But despite the behind-the-scenes talks, OPEC delegates and industry sources are skeptical that the tone shift will be backed with concrete action either by the Saudis or producers collectively.

“I don’t think anything Falih says means they are going to cut production,” said the industry source. “It means Saudi will be cautious in doing things that might flood the market.”

Falih, in an interview with Reuters in August, tempered expectations of any production cut, saying significant intervention in the market was not necessary. But he did not dismiss the idea of a production freeze.

“If there is consensus that emerges between now and the Algiers meeting, Saudi Arabia as always will be a constructive player in these discussions and we will be willing to participate,” he said.