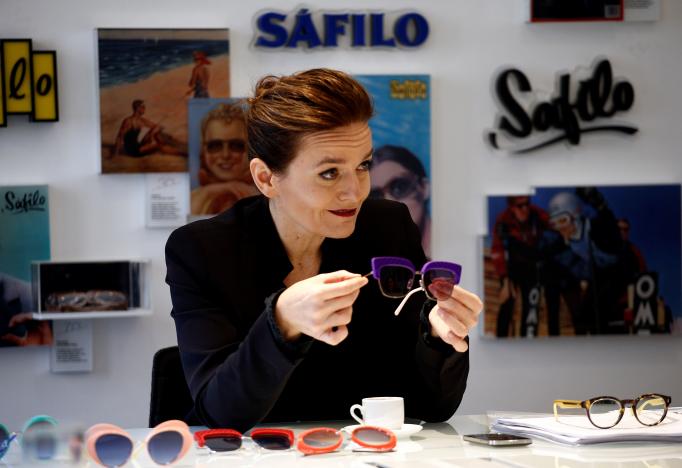 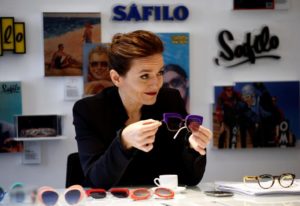 Italian eyewear group Safilo  can make up for the potential loss of design-to-distribution deals with French luxury group LVMH with new licences and by expanding its own brands, its chief executive said on Friday.

Shares in Safilo were hit last week by a report that LVMH could buy a stake in spectacles maker Marcolin and grant it licences currently held by Safilo and worth 340 million euros (289 million pounds) of its sales.

Safilo recently renewed the key Dior licence with LVMH until 2020 but said it would lose Celine, another brand of the French group, after this year. Licences for Givenchy, Fendi and Marc Jacobs will expire between 2021 and 2024.

“Safilo can get reorganised to not just survive but flourish even without LVMH,” CEO Luisa Delgado told Reuters in an interview.

“Our heart is in our core brands and in being good licensing partners, nimble and easy going. We receive two or three proposals a week,” she said, speaking at the group’s Milanese showroom.

The eyewear industry is going through a major shake-up with top spectacles maker Luxottica  set to merge with the world’s biggest lens producer Essilor  in a 46 billion euro deal announced this month.

The French group set up Kering Eyewear in Padua, Safilo’s hometown, and turned a 350 million euro Gucci licence with Safilo into a four-year production deal starting from Jan. 1, 2017.

But Delgado shrugged off any pressure to merge.

“We’re an attractive target … but we want to remain independent, Italian and listed in Milan,” she said.

Delgado said bringing together lenses and frames made sense but it could be achieved through partnerships. “You don’t need a merger,” she said.

“We’ve lost licences in the past and we’ve filled the hole in our sales.”

LVMH CEO Bernard Arnault said on Thursday the group would unveil its new eyewear strategy later this year. He declined to comment on the speculation about Marcolin.

Delgado, who arrived at Safilo in 2013 when former CEO Roberto Vedovotto moved to Kering Eyewear, aims to boost the share of sales from proprietary brands to 40 percent under a plan to 2020 unveiled in March 2015.

“Growth at our own brands is not yet visible … but the foundations are now in place, results will follow. The stars are coming together,” she said.

Delgado said Safilo could expand its brand portfolio with an acquisition. “We’re always on the lookout, we’re buyers not sellers,” she said.

Safilo had 72 million euros in liquidity and net debt of 103 million euros at end-June. Next year, the group is set to receive a third and final 30 million euro instalment in compensation agreed with Kering for ending its Gucci licence with Safilo.

Safilo last acquired a brand in 2012 buying Polaroid for $88 million thanks to a 44 million euro capital injection by its top shareholder, Dutch investment fund HAL Holding.

HAL, which took control of Safilo from Italy’s Tabacchi family back in 2009, remains a long-term investor in the group, Delgado said.

San Francisco, California, March 27, 2017. Entrepreneur Elon Musk, one of the masterminds behind projects such as Tesla and SpaceX, announced his next [...]
Leggi di più
27 Giugno 2022 13:11 Giancarlo Elia Valori 84
Main Partner

Jens Stoltenberg Prepares to Confront Putin in Extra Year at NATO's Helm
The former Norwegian prime minister passed up an exit opportunity and will spend at least another year guiding the alliance ...
Russian Strike Kills Four in Eastern Ukrainian City of Slovyansk
Ukrainian officials said the latest deadly attack is part of a new Russian strategy to terrorize Ukraine into submission.
Mines, Port Damage Threaten Revival of Sea Route for Ukraine Grain
U.N.-sponsored talks are aimed at striking an agreement between Moscow and Kyiv to give shipments of Ukrainian grain safe passage—but ...
Taliban Splits Emerge Over Religion, Power and Girls' Schools
The Taliban stayed cohesive as a fighting force during the 20-year insurgency. Now cracks are appearing on multiple fronts.
Xi Says Hong Kong's Loyalty to Beijing Will Ensure Prosperous Future
Chinese leader Xi Jinping urged Hong Kong to show more patriotic fervor and rally around his vision of a strong ...

Artificial intelligence and moral issues. The essence of robotics. 148